Here are a few photos from a quick afternoon day hike made about a week ago. The location is Laurel Snow Pocket Wilderness, which is now part of the TN state park system. It is a little jewel of wilderness near Chattanooga, TN.

Though the first mile or so of trail gets trashed by local rabble and miscreants, further up is quite unspoiled for being so close to civilization. The main gorge and its many branches are all deep, craggy, and breathtaking...and very dificult to represent with photos. To get an idea of the terrain click the link and select the "Terrian" veiw option; http://maps.google.com/maps?q=laurel%20falls%2C%20dayton%2C%20tn&sourceid=ie7&rls=com.microsoft:en-US&oe=utf8&um=1&ie=UTF-8&sa=N&hl=en&tab=wl

The water in the streams is that stunning blue-green you only get from mountain limestone. Love it! 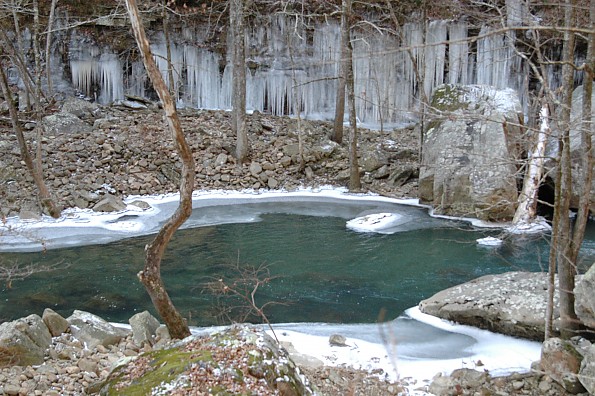 Here's my brother atop one of the countless chunks of the mountainside that fell off the sides of the gorge hundreds or thousands of years ago. 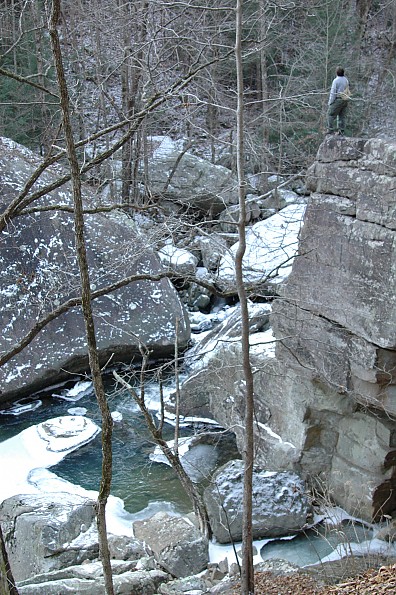 The Falls as you wind up towards the cliff face. Though it is hard to tell in the photos, the falls drop nearly 90ft. 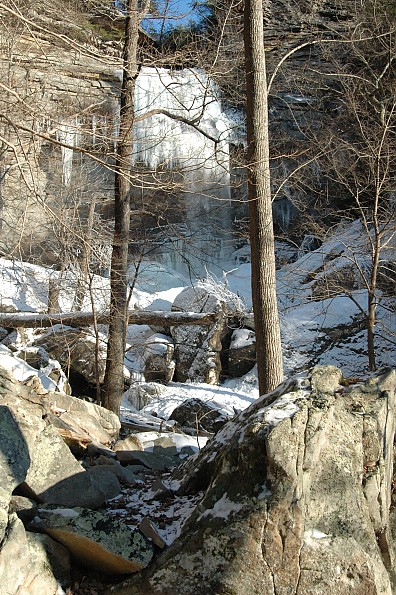 Unfortunately, I had the white balance on my camera set too warm 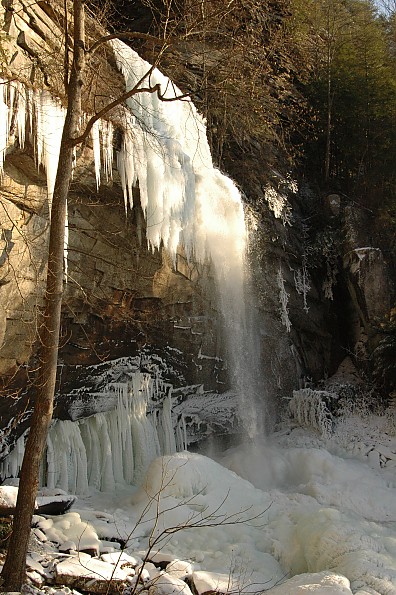 This is just below the falls the cast off mist turns to "snow" and blankets everything. In between the huge boulders, the "snow" was up to 12ft deep! At one point I lost my footing and almost sunk all the way down into it. Yikes! 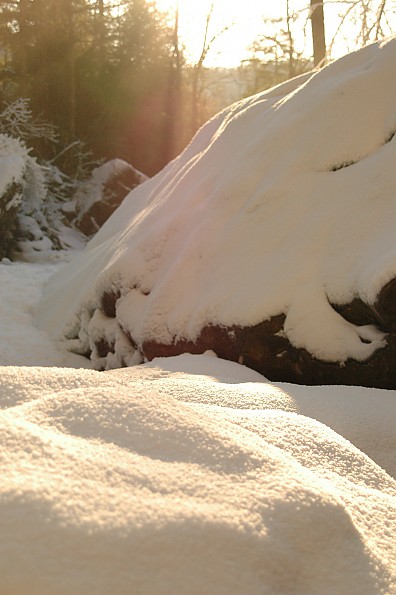 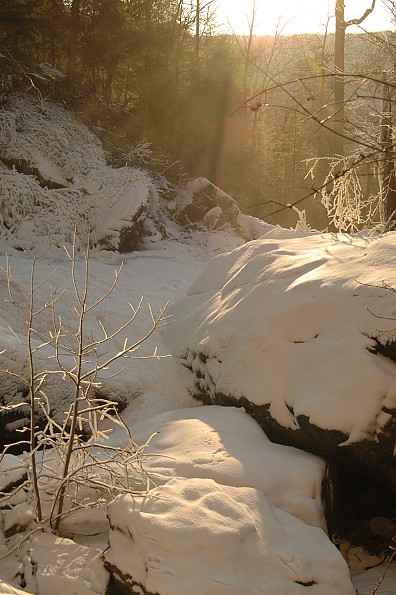 One last shot of me in front of the falls- I am about 200ft from the base, and the shot taken from another 75 ft away. It doesn't look that big in the photos unless there something to reveal the scale. 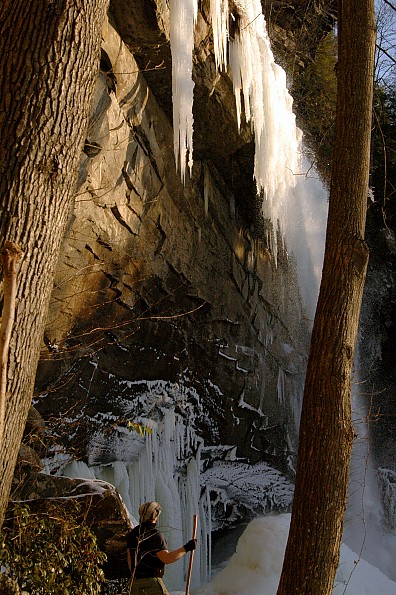 Wow, I've never been to Laurel Snow in the winter, great photos!

There are quite a few pocket wilderness areas in that part of TN that are definitely worth seeing and Laurel Snow is one of those.

I've got a couple questions gonzan, but am in a rush right now, I'll give it a try tomorrow.

Laurel Snow is a real gem, and considering how close I am to it, I should be flogged for how infrequently I get up in there.

Send your questions along, I will be happy to respond if I can

One of my favorite pocket wilderness areas is the North Chickamauga Creek Pocket Wilderness Area located near Soddy Daisy TN. My avatar photo was taken there.

The area has recently become a State Park after the land was donated to the state of TN by Bowater Corp.

According to the state website the Laurel Snow area is also being incorporated into the Cumberland Trail system.

I'm just curious if any changes have been made yet to the Laurel Snow area and what you think of these pocket wilderness areas being linked up to a major trail? I don't like it myself, but that's the way it goes I guess.

You are correct, the Laurel Snow has been added to the park system, and they are making the trail part of the Cumberland Trail. It was also owned by Bowater before being sold/donated to the state.

Now that is it owned by the state, and is listed much more publicly and to a wider audience, the number of people that visit it has tripled. They have of course imposed a huge list of restrictions and rules as well. Let me clarify that I am as frustrated by misuse, vandalism, and damage of wild places as anyone. Here is my problem however- for the first 3/4 mile of the trail everything is still getting trashed, and miscreants still abound close to the trailhead and parking, but now they lock the place up with a gate at sundown (even if you're still inside), you must register to camp, you may not venture off listed trail, and there is a huge list of other rules and restrictions. In my opinion, the restrictions are not reducing the damage made by those who don't respect the place, and those who do care and are not the problem end up paying the price. The official trail barely extends over a third of the area, and doesn't take you near other waterfalls, even though there are unofficial established trails that go to these locations. I just find it a shame that the state has to craft its regulations for places like these to keep the rabble in line, while punishing the "good guys" to do it.

I guess my criticisms are mainly rather selfish, but I can't help feeling that bureaucratically set rules such as these must always be set according to the lowest common denominator, which leaves the responsible majority holding the tab, so to speak.

I agree completely, not selfish I think.

Rules that are not enforceable are just words on a sign board, that's all.

Hopefully it will have some effect on those 'good people' who still have some learning to do with regards to LNT and other safety practices.

One of the things I always thought was funny about the Stevenson Trail is that you would see trash of various sorts along the trail until you came to the first big elevation gain on the trail. It seems that the local yahoos who used the trail to party did the ole 180 turn at this point! I say good.

Thanks for the reply, I bet a lot of backpackers may feel the same way.

I wonder if these changes are about money? Tourism?

I would prefer to keep these places as pristine as possible.