Stop me before I ski again!

My buddy Christophe and I took a "boy's week out" to do some self-propelled spring skiing, once again in the Romsdal area. We reached five peaks in seven days, with 2 days lost to bad weather. The highest was Sjøvdøla at 1719 m, not that big even by Norwegian standards, but big enough considering we started and finished near Eikesdalsvatnet at 22 m and had to hike up a steep trail the first 500 m to get to snow. We base camped a few nights at our favorite campground in Isfjorden, hiked/skiied up to a hit called Svartvassbu for our first attempt on Sjøvdøla only to get whited out the next day (we should have gone up in the evening after arriving at the hut) and used another hut, Branstadbu, that is just a short walk from a road, as a base camp for the last few days. In all cases we were the only occupants!

Descending a steep bit on Sør-Klauva on the way to our first summit, Klauva. On the way down we ran into saturated snow that flowed continuously downhill with us as we descended, never deep or fast enough to worry about getting buried, but very challenging to ski. 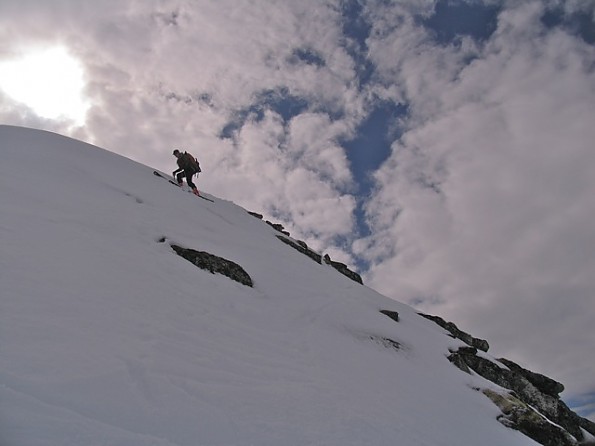 Svartvassbu, a little 6 bunk hut at about 900 meters. 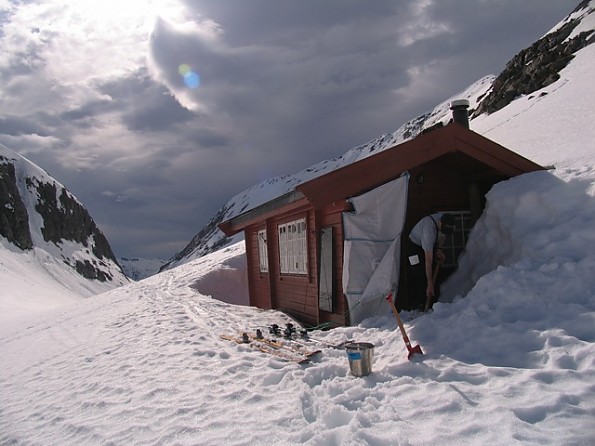 Looking down on Isfjorden, on the way down from an abandoned evening attempt on Kirketaket (due to breaking trail in more heavy wet snow; we had already done another peak, Skjervan, that day). 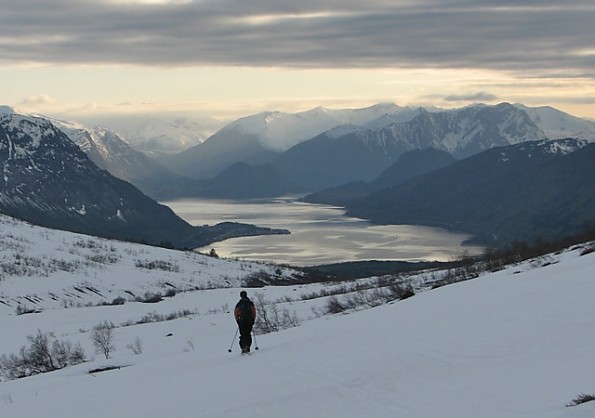 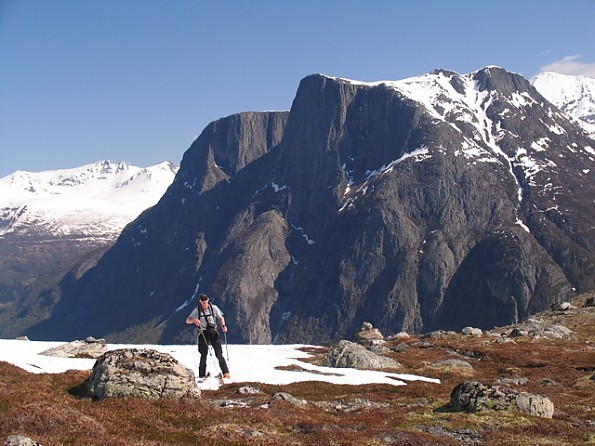 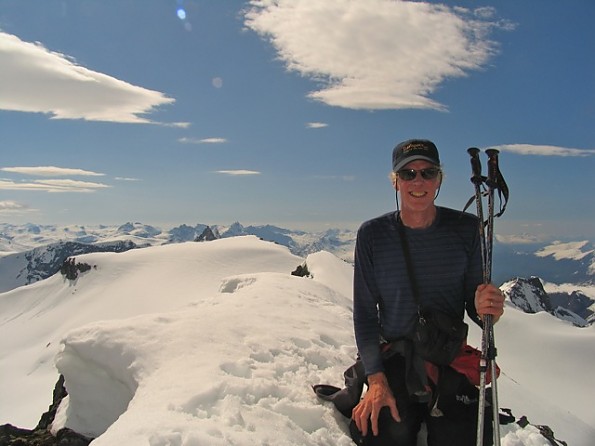 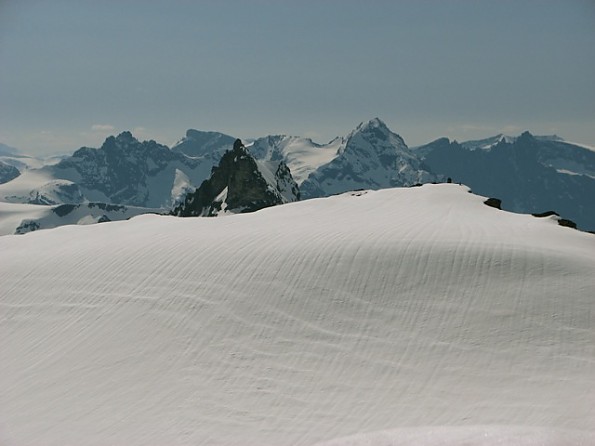 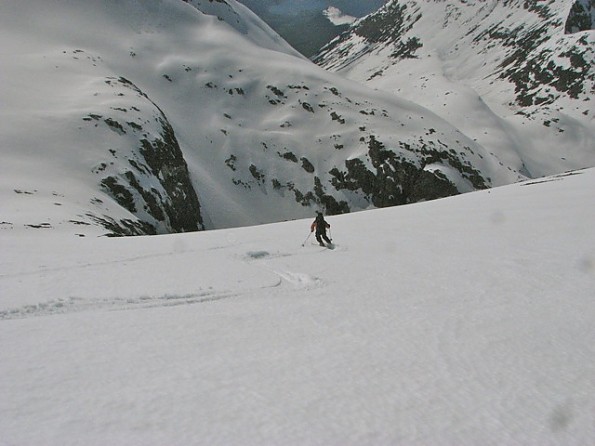 Hiking back to into springtime. 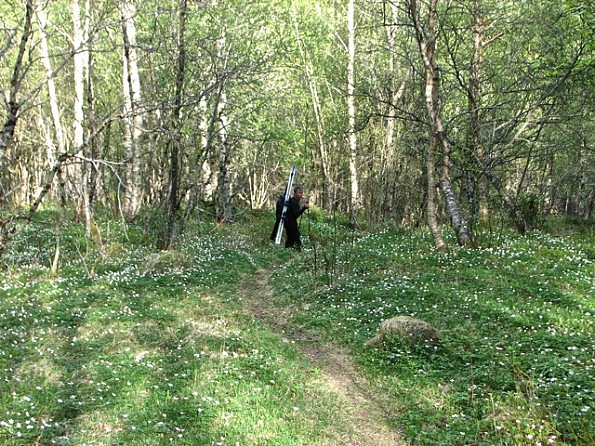 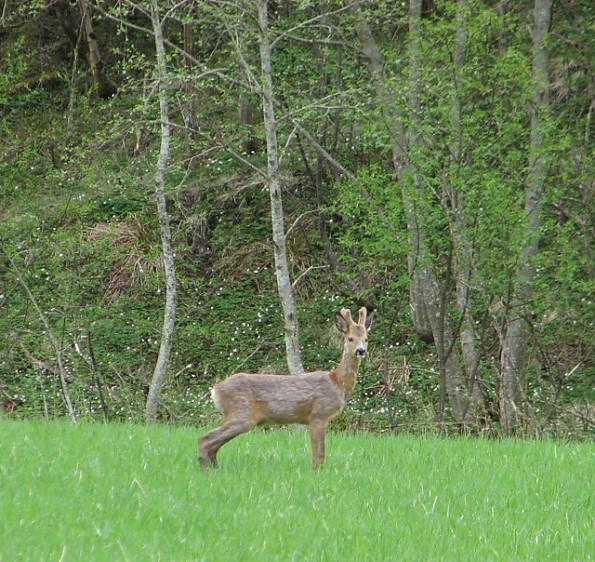 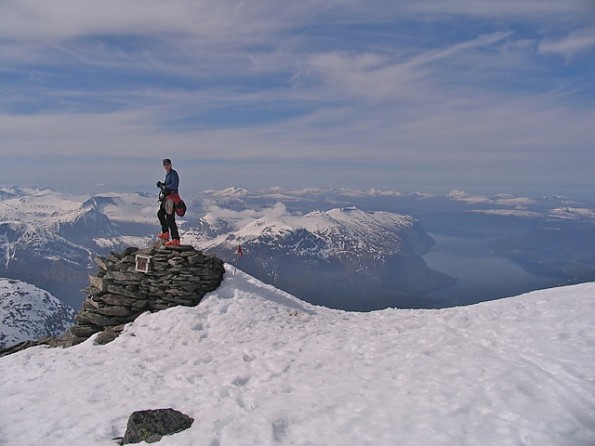 Still hoping for good weather for one more outing on my birthday, first weekend of June, then it's time to wax the boots and get the kayaks out...

Was wondering just today what happened to you. Had'nt heard a post from you in a while. Looks like a great trip. Last time I did anything like that was in the spring of 1980 in Yosemite's high country.

Wow, thanks so much Big Red,

I never grow tired of looking at snow covered mountains.

I'm glad you got to go have some fun and returned safely.

The slide show was great, I especially like the one of you standing on the top of that pile of rocks, and the view of the green valley with a lake at the foot of the mountain.

I never grow tired of looking at snow covered mountains.

Neither do I (obviously) but there are times when I wonder why I so obsessively go to these barren places. A lot of the Norwegian mountain landscape is especially barren in summer, compared to, say, the Alps which can be incredibly lush at least below 2500m, or the the White and Green mountains in New England, my home ranges. But, like the bear that went over the mountain, there's always another one (or 10) on the other side. Christophe and I took some pleasure in looking around from the top of one or another mountain and picking out five or dozen other peaks that we have done together or separately, but also visualizing lines of ascent and descent on dozens of other tempting peaks in sight. I'll never run out of mountains, even within 200 km of Trondheim!