Hiked up and over Mt Elden today

I went up to a place northwest of Flagstaff called Buffalo Park and went up the northwest side of Mt Elden along the main ridge called Sunset Park then back down the southeast side and out the Elden Peublo trailhead east of town. I will post pictures and more of a description later when I am done working with them.

Here are some of the images I took on yesterdays hike over Mt Elden... 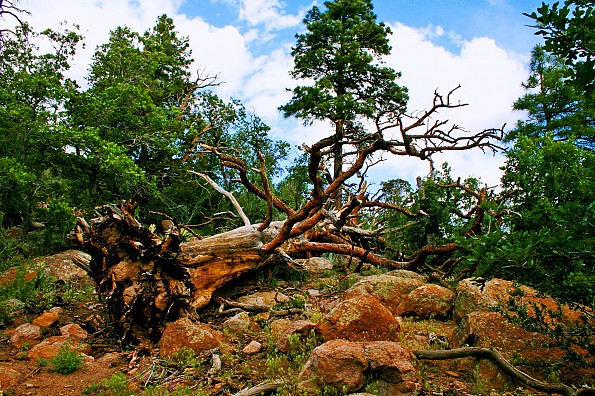 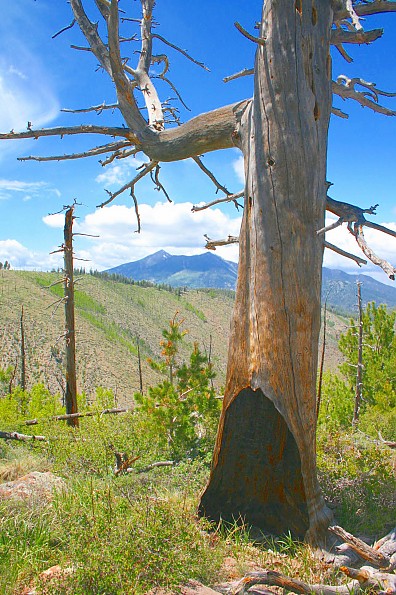 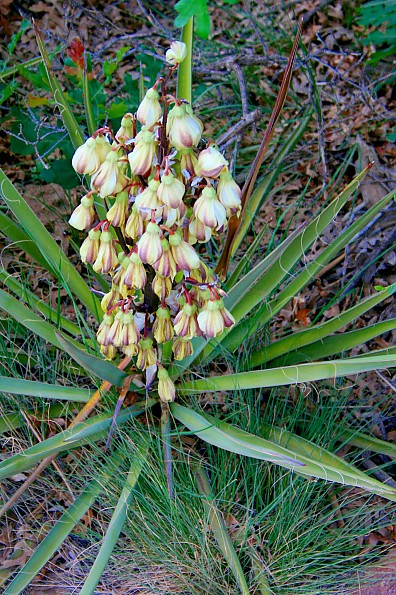 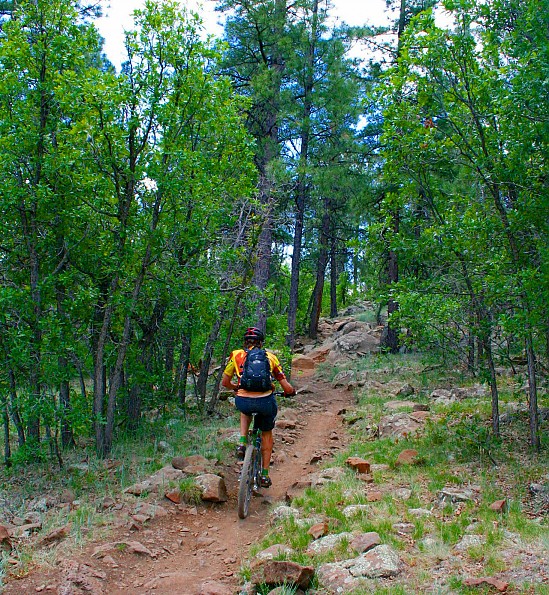 A Mtn bikers spins down the start of the Elden Trail 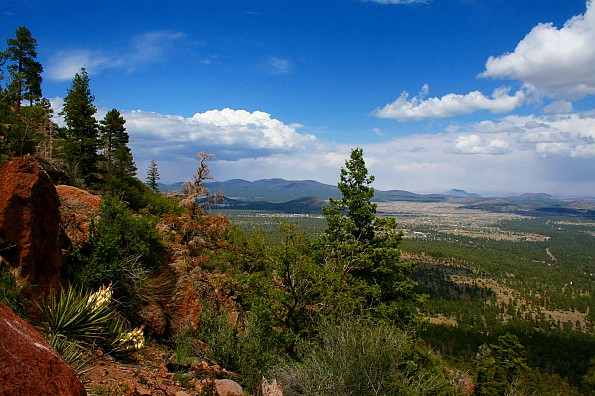 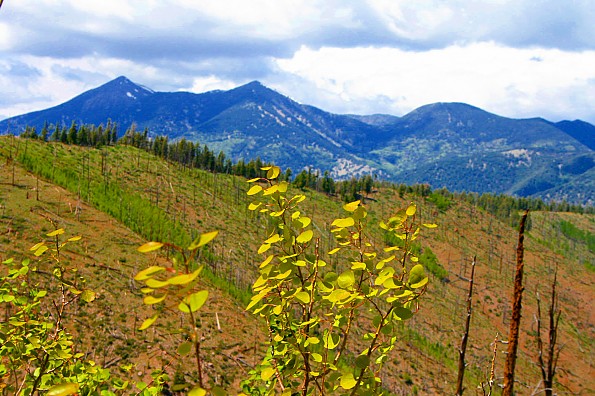 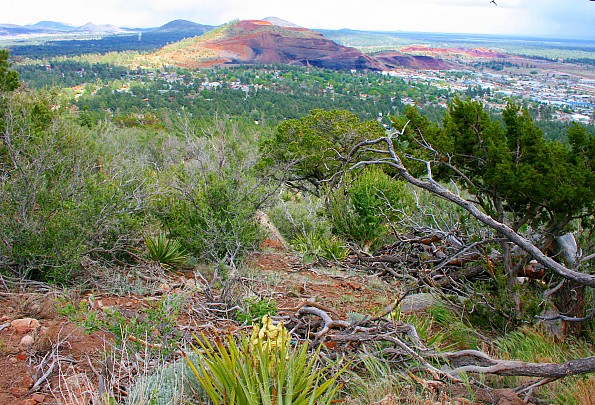 Sheep Hill Cindercone in east Flagstaff from the Elden Trail 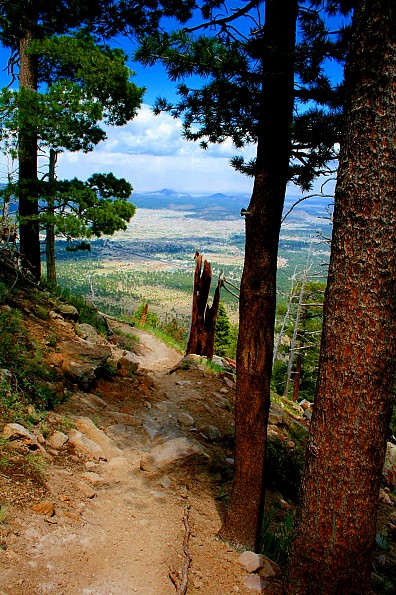 Doney Park and Sunset Crater along the upper Elden Trail 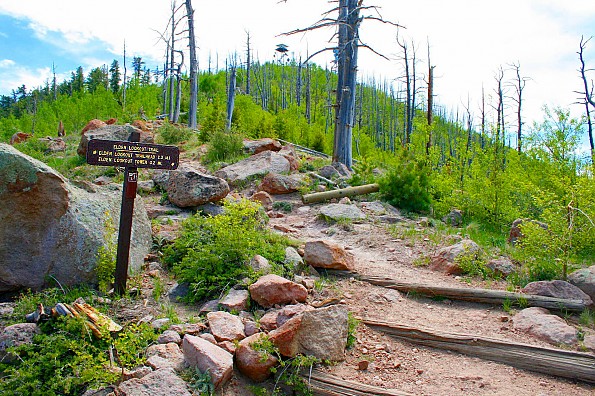 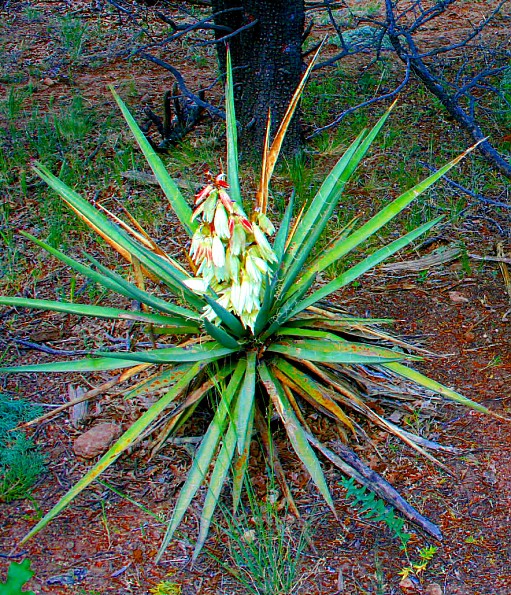 A spiny Yucca in bloom 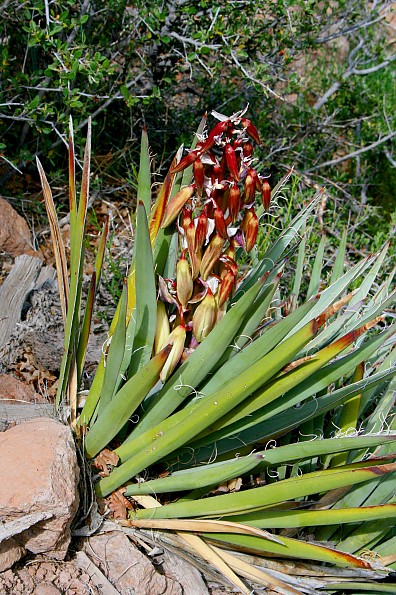 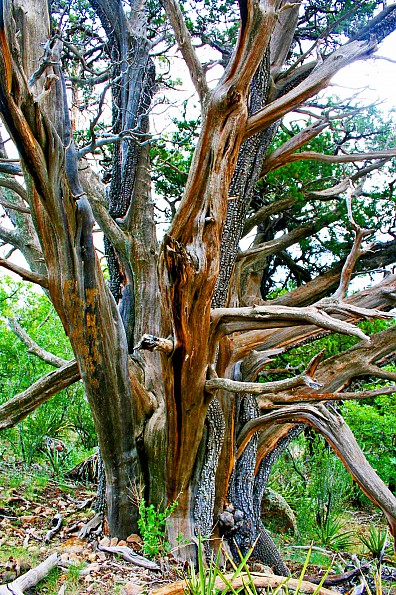 An old Alligator Juniper has its old limbs and new growth. Often these tree's will appear dead yet have maybe one young limb still growing 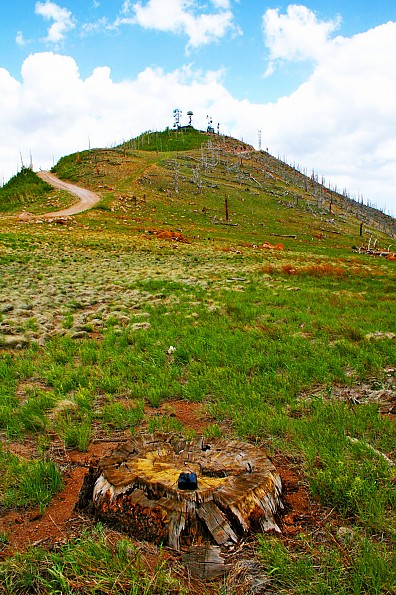 An old Ponderosa tree stump near the top of Mt Elden, see my binoculars for scale... 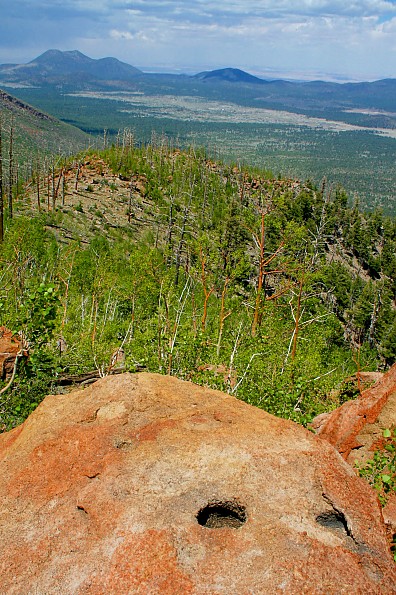 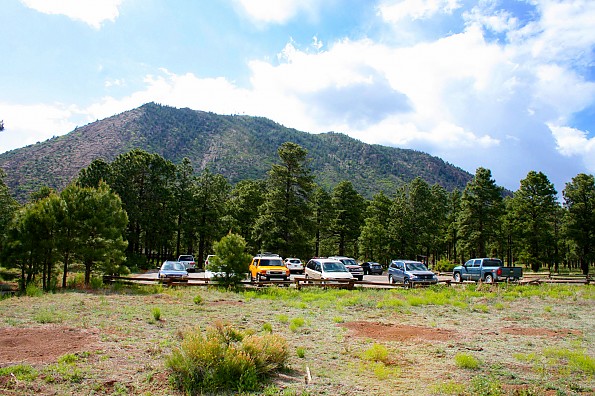 The Mt Elden parking lot and the mountain.

I am still working on the panoramics I took, I will post them later.

Here are some of the best panoramics

A dead Ponderosa Pine leans out over the mountain of Elden. This is four images photostitched together the tree was very tall above me. Here it looks much shorter and stunted.

One of my favorite shots, looking down over the 1977 forestfire that destroyed the whole east side of Mt Elden 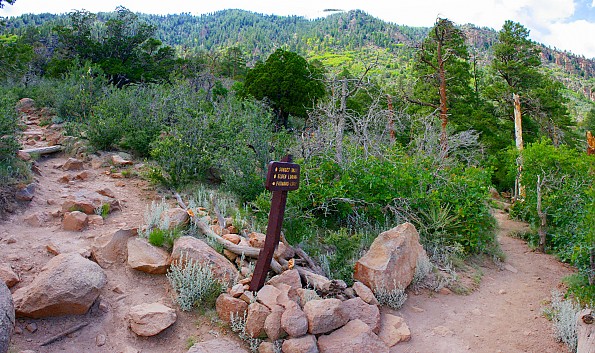 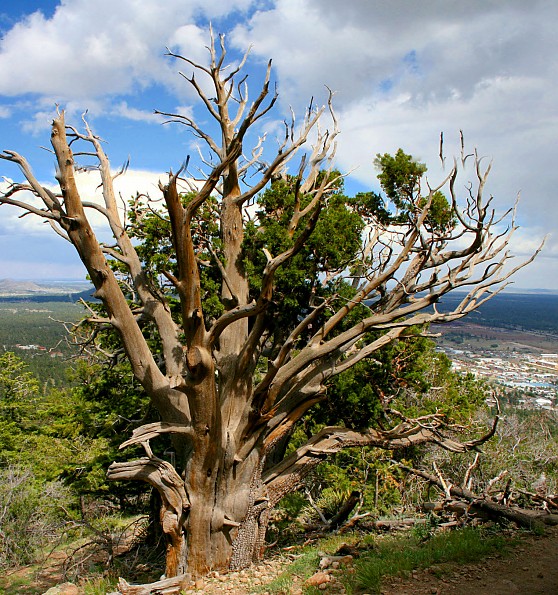 A old Alligator Juniper with some fresh branches on the back

Sunset Crater on the left and the northeast from Mt Elden

The San Francisco Peaks and MT Elden from Buffalo Park north of downtown Flagstaff. The peaks are 12,363 at the tallest mountains in Arizona and Mt Elden is over 9000 feet tall. Both are ancient extinct volcano's and thier flows. Sunset Crater erupted about 1400 years ago providing fertile land for the Pueblo, Hopi and Navajo Indians who live here afterwards.