Grabbed a buddy and headed up into the Pioneer Mountains here in SW Montana. Our intended target was Upper Gorge Lake. The Gorge Lakes sit just down the slope of Tweety Mountain, the tallest in the Pioneers. Because of their location, I believe (not 100% certain) that they are the highest lakes in the Pioneers as well.

At any rate, the trail head is situated at about 8,000 feet and it is a, usually, short four mile hike into some excellent cutthroat trout fishing. We headed for the upper lake, which sits at 9,100ft. And, soon discovered that we had underestimated the staying power of the snow pack and ice at that elevation this year (it has been a wet and cool spring). We saw serious white stuff (snow) within 400ft (elevation) of the trail head.

Against better judgment, we slugged the rest of the way into Upper Gorge. As you can see from the photos, we weren't entirely prepared for the snow, which was still waist deep or better in places. It was plenty cold and wet, but the views were well worth the efforts. No trout to be brought home, but plenty of good photos and some epic views.

Next time... snowshoes and boots. Great way to spend a Friday in June!

Me... a mile and half out on the lake... south end of Mt Tweety in the background 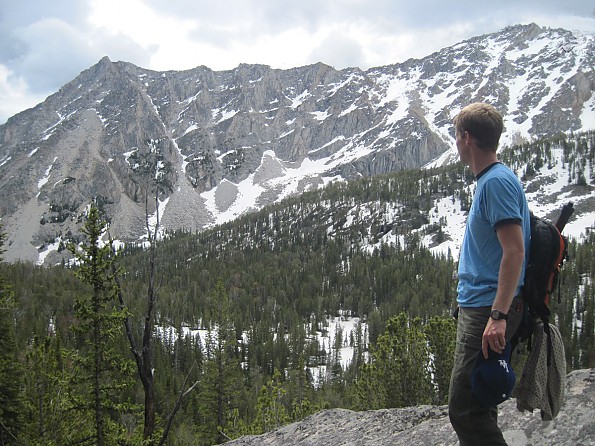 Upper Gorge Lake... ice was thinning to the east side of the lake, but not through yet 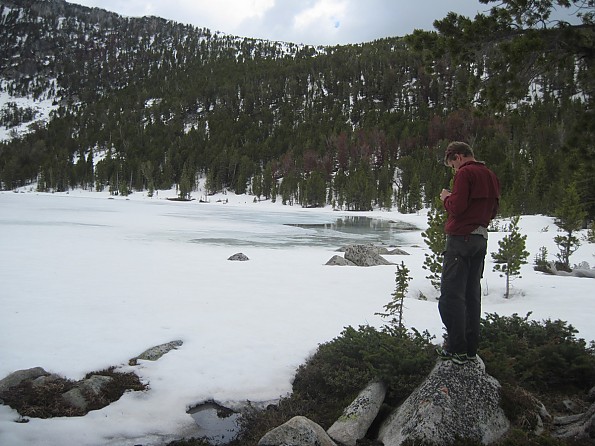 Outlet was thawed... but void of fish (no surprise) 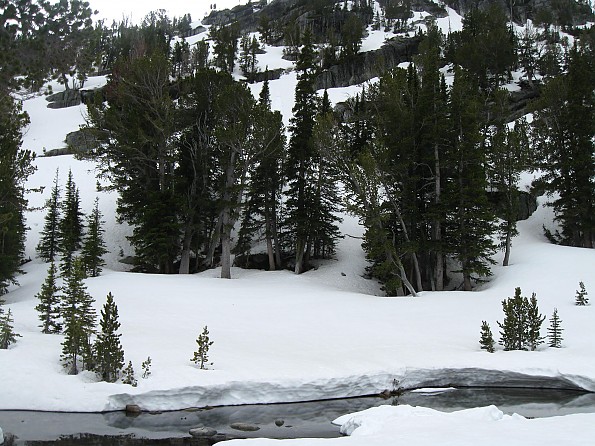 Resilient tree near the outlet 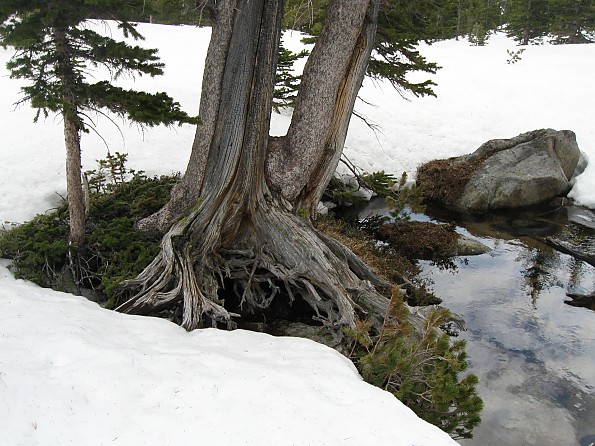 Nice picks makes me think of the Wind Rivers in Wyoming!

Well man, you live and learn that thing are not always as you expect!

I have done that several times myself, in hindsight it was a valuable experience in planning, none the less.

I enjoyed the photos, that looks like a cool place to go adventuring.

Here is a photo of a father - son trip I did many years ago into Savage Gulf TN. The main point of interest was the big waterfall coming down off the plateau to a huge plunge pool /swimming hole below.

I had told my son how cool it was having been there twice myself.

As we approached we discovered that the rainfall had been less than stellar that summer, resulting in a dry experience after a steep hike up and out of our campsite on the valley floor below. 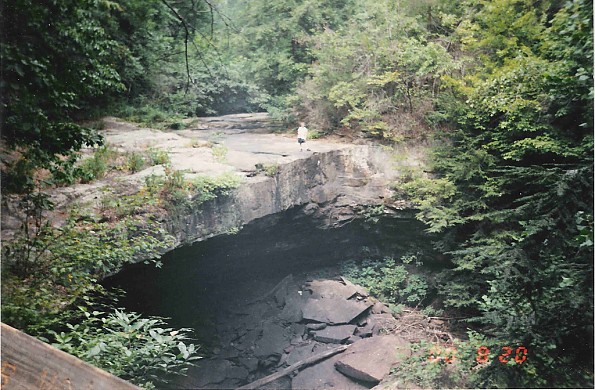 Fortunately my son thought standing on the edge of the dry waterfall was pretty cool too! Not a good photo, but he is the small area of white (T shirt, black shorts) on top of the rock ledge.

We still laugh about it 15 years later!

Trout - That is a fantastic picture and great story! That slab is so clean on the face, it almost looks man-made. The perfection of nature carving away with water... very cool!

Learned a good lesson... and not afraid to admit it. That is one of the absolute beauties of the outdoors... regardless of the miles you've hiked, nights camped, and years of experience, ol' nature can still teach you a thing or two without flinching.

On a technological note, I just pulled the track of this hike down into Google Earth. Very cool! Trailhead at 7502ft... Lake at 9136ft.

Trout, I like that water-less waterfall picture too. Good story.