This was our first real mountain climb and the kids were asking where Lunch Counter was (the place everyone camps) after only a mile of slogging up the snow slopes toward the peak. 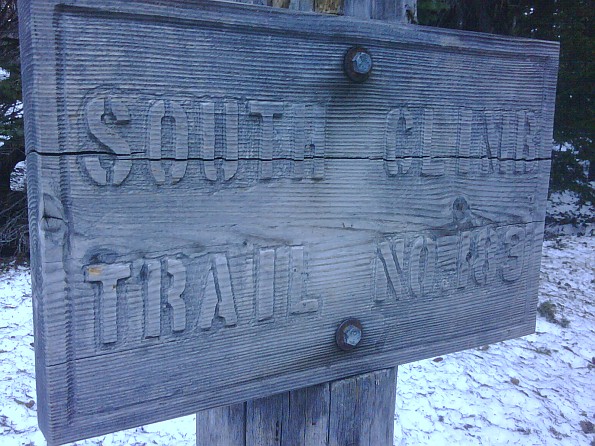 The best method to use on a busy holiday weekend to find a route up a popular mountain like this one is to simply follow the tracks of everyone else. If that fails follow the line of other climbers. If that fails look to the peak and walk towards it. We never had to resort to using real navigation skills but I shot the route with the compass before we left just in case. 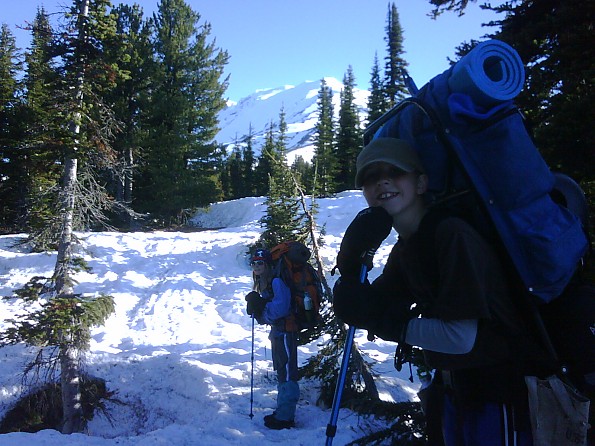 The summit loomed ahead under perfectly clear skies on the walk from the 6,000 ft trailhead to the 9,000 ft elevation where we camped for the night. 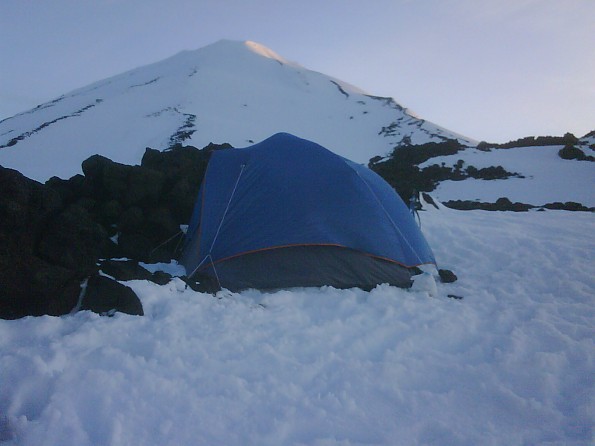 Arriving at Lunch Counter well past Lunchtime we did not have the first choice of rock barriers to set up camp behind. The whole area looked like a little village of tents all over the place. Several who had brought shovels dug out nice places to pitch tents and made their own pallisades of snow. I will bring my own shovel next time if I go if there is this much snow. The weather at Lunch Counter was sunny with 15-20mph winds. Setting up a tent in this kind of weather is a real treat! I had the kids climb inside to prevent the whole thing from blowing down the mountain while I set it up. Our tent was not equal to the weather and if we had not tied the thing down to giant rocks we would have had a wild night. I always wondered why anyone would spend over a hundred dollars on a tent and now I know why. Lots of post-holing in the soft afternoon snow. Night winds kept me from sleeping too well but the morning sun made it all better:

Mount hood, Jefferson and the Three Sisters facing South from camp. St Helens hid under cumulous clouds most of the time. 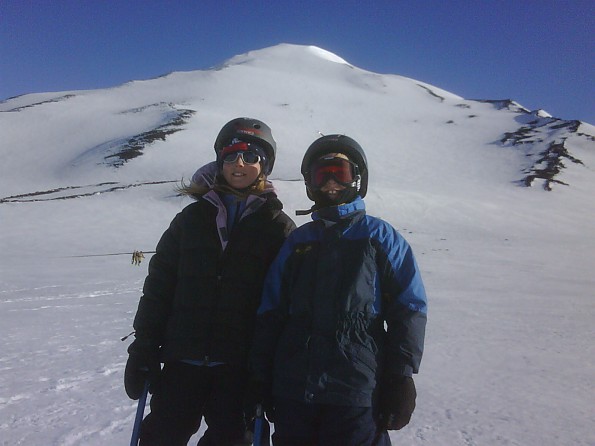 The kids again got tons of encouragement from all the great people we met on the climb up. If we had a dollar for everyone who asked their ages we'd be rich. My oldest said that their presence on the mountain seemed to encourage other climbers as much as the others helped them.

I heard one college-age girl comment about my kids, "What, does he make them wear those helmets in the car too?" Glad the kids didn't hear. People say thoughtless things everywhere I guess.

Going up the false summit downslope winds drove sheets of ice pellets into our faces and the odd chunk of skier-dislodged frozen snow chunks.

One girl climbed in a green tutu and another guy was skiing up pulled by a pair of friendly malamutes. Made things interesting. 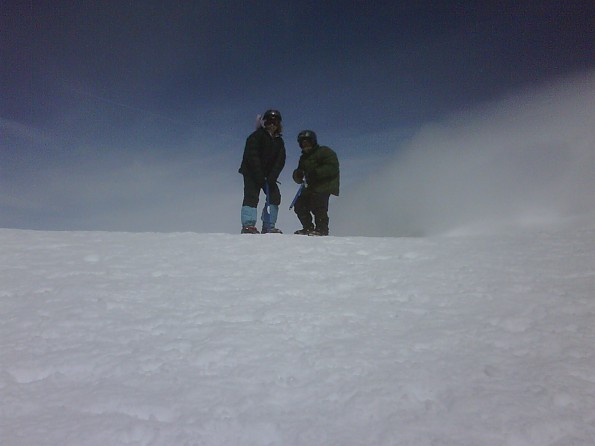 Everyone comming back down said that the top was socked in by a lenticular (extreme wind) cloud, zero visibility and extreme wind. Unbelieving we pressed on to the false summit. They weren't exagerating! I have been in a gale before (47-63mph) and this had it beat by 20 mph EASILY. It was the most awesome thing I had experienced in a long time! The kids stood on the false summit and kinda half uncrouched for the time it took to take a picture. Parkas, goggles and down jackets saved the day. We saw a glimpse of the true summit and decided that glissading might be more fun. The malamutes were there, begging for a bite from the kids' stiff, frozen Cliff bars but they weren't in the mood to share. I am not joking when I say that I was very concerned with the kids (75lbs max) being blown over at the false summit! We may have made it to the true summit had we tried but I also suspect that it will still be there next time we go when its not as windy (an old salty climber said that he had the same thought about a certain mountain to the East of there about thirty years ago)! 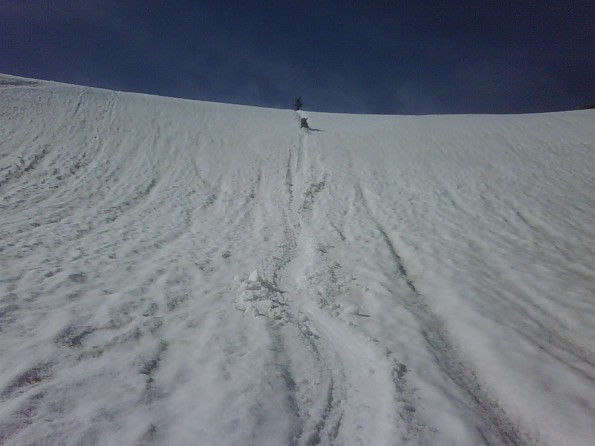 Two to three thousand vertical feet of glissading a little too fast for comfort will get anyone over the almost summitting blues. The kids are good at self-arrest and I was able to trust them to make the decent in two or three runs. The glissade route looked like an olympic bobsled route complete with jumps and banked turns.

We met a nice group below Lunch Counter going down with a sled and followed the paths they carved in the snow. We returned to the car and drove back to Eastern Washington, watching the fireworks as we passed towns. I tried to get the kids' attention as we passed but they were fast asleep.

Again, as I said in a previous report, THANK YOU everyone on the mountain for being such an encouragement to the kids as we climbed! They really climbed their hearts out. If you ever see kids struggling up a hill in the wild country give them a word or two and a smile. It makes all the difference. 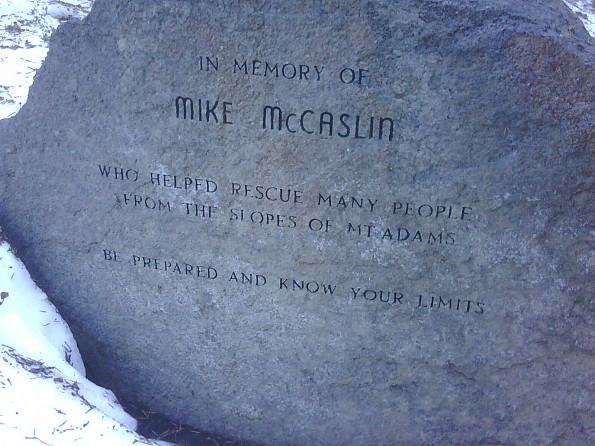 Cool plaque at the trailhead

Thanks for the photos

I'm glad the kids had such a memorable experience, my kids who are grown now still talk about going on trips with me.