"Turkey in the Oven"

I called it a picnic.  For some reason the climbing gear got tossed in just because.

Did a little climbing on some cliffs of dubious ownership Easter afternoon.  My oldest boy named the route "Turkey in the Oven" after he sent it. 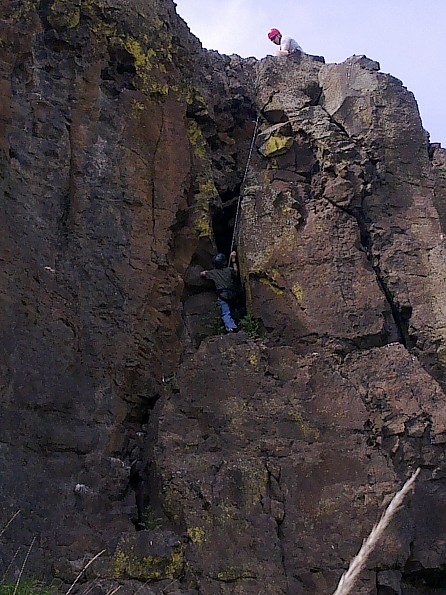 Then big sis made a go at it: 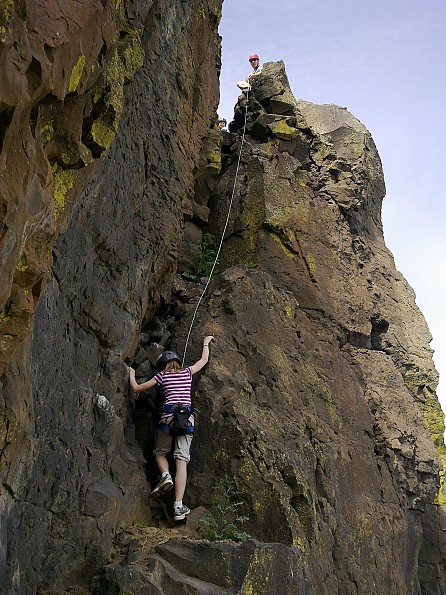 Finally little bro made his attempt, with close spotting of course.  Also the first attempt in socks.  The reason for the socks was only known to the three year old:

Went home after the perfect weather gave way to clouds and wind to eat, you guessed it...turkey dinner.

I always love to see the young ones out enjoying themselves.

Very cool family outing! It sounds like fun for all of you.

Very cool. I wish I had some of the pictures of my kids doing the same... Memories. :) I thing Dove ,my second daughter, ran around nude all the time at that age. Why? LOL

Mike, the answer to that is simple: because she could!

This is great, I love to see things like this. Its just nice to see the young ones out enjoying the world and not stuck behind a PS3 controller. Kinda brings back thoughts of when I was younger and I got the chance to get out. That was the start of it all for me.

FStS thanks for the post. Brought alot of good memories my way.