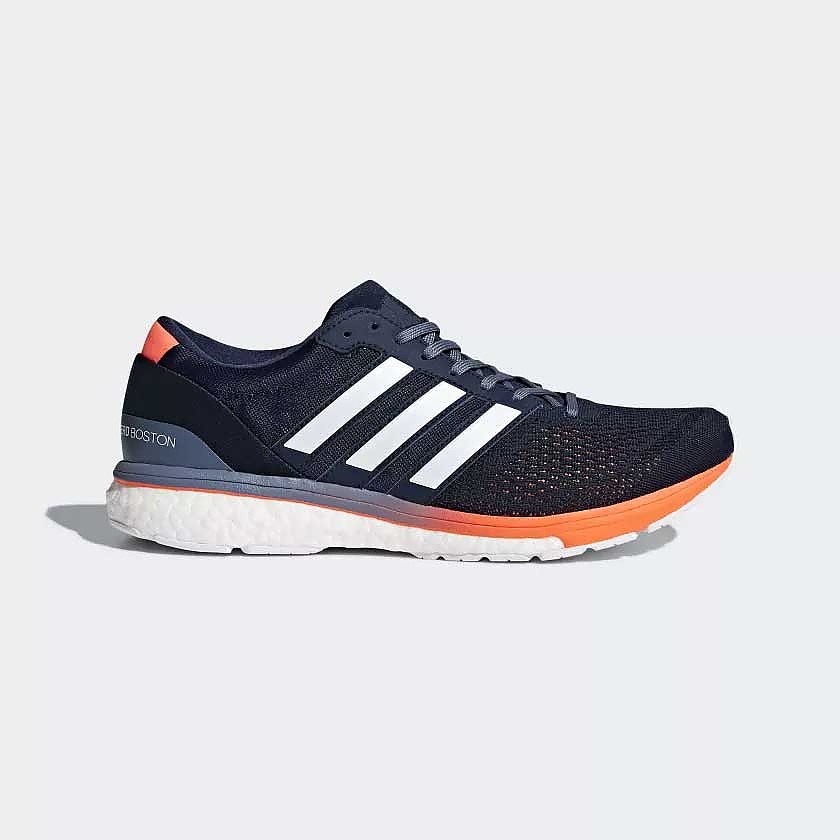 Light, comfortable, and FAST! Great speed shoe, and not just for race day either.

After running my last pair of running shoes to death (an old pair of Adidas Supernovas that were butt ugly but possibly the most comfortable stability shoe I ever ran in) and accumulating some minor discomfort while running that never used to happen, I decided that it was time for some new running shoes.

After trying on at least eight or nine other pairs of shoes at MEC a couple weeks ago, I finally settled on the first ones I tried on: the Adidas Adizero Boston 6. I used to need to run in a stability shoe, but having strengthened my foot over the past year or so, I thought I was ready to try something a little more neutral and unstructured.

Compared to my old Supernovas, these were ultralight, very comfortable without feeling squishy, and I had a great feel for the floor as I wore them. They seemed much more responsive than any of my previous shoes, which would stand to reason as I have exclusively run in big, chunky shoes prior to this. When shopping, I compared these to several different Hoka, New Balance, Salomon, and Asics shoes, and found that these fit my somewhat wide foot the best of all. They are still a bit narrow in the midfoot for me, and time will tell as to how durable the mesh fabric that the upper is made of, as my feet stretch the upper pretty good just behind the toe box. 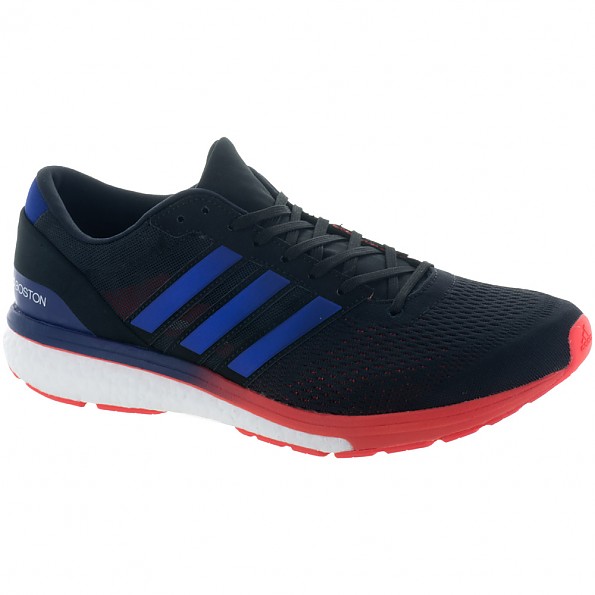 I took a few training runs in these shoes, just shorter runs of 5-7km, and there was no break-in time for them. The upper is soft and comfortable right from the get-go, and aside from the tongue having a tendency to fold over and cause a somewhat uncomfortable pinch point, they felt great from day 1. The lack of significant cushioning took me a bit to adjust to, but the Adidas Boost midsole seemed to work great by keeping me cushioned form most road contact while still being thin and flexible.

The sole itself is made from Continental rubber, which I have always found to offer amazing grip in wet conditions. These shoes have only seen dry pavement with me, but my previous Adidas shoes also had a Continental rubber sole and they were the grippiest shoes I ever wore.

After a few training runs that worked out the most prominent of my sore spots, I was ready to really put these shoes through their paces. I ran in a 5K race this past weekend and was able to push myself quite hard, harder than I normally would, without significant discomfort. I ended up finishing with a nearly 2 minute PB, which I'm not entirely going to chalk up to these shoes, but I will say that I haven't felt this fast in a VERY long time, and the lightness and responsiveness of these shoes definitely contributed somewhat to them. 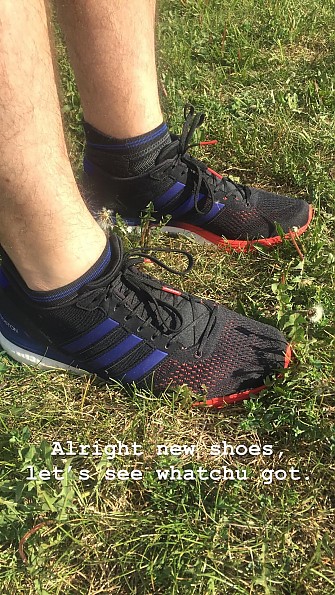 I will say, as a negative, that these are VERY lightweight, thin shoes, and I don't imagine that they would be very suitable at all for winter running in anything but dry and not too terribly cold conditions. They are very much a 3-season running shoe.

But what a shoe! I couldn't be happier with my purchase.

Trailspace's community of gear reviewers has field-tested and rated the top running footwear.

Find the best running product for your next outdoor adventure using our independent reviews and ratings. 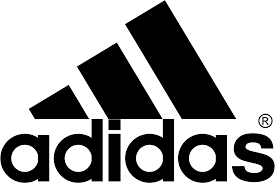