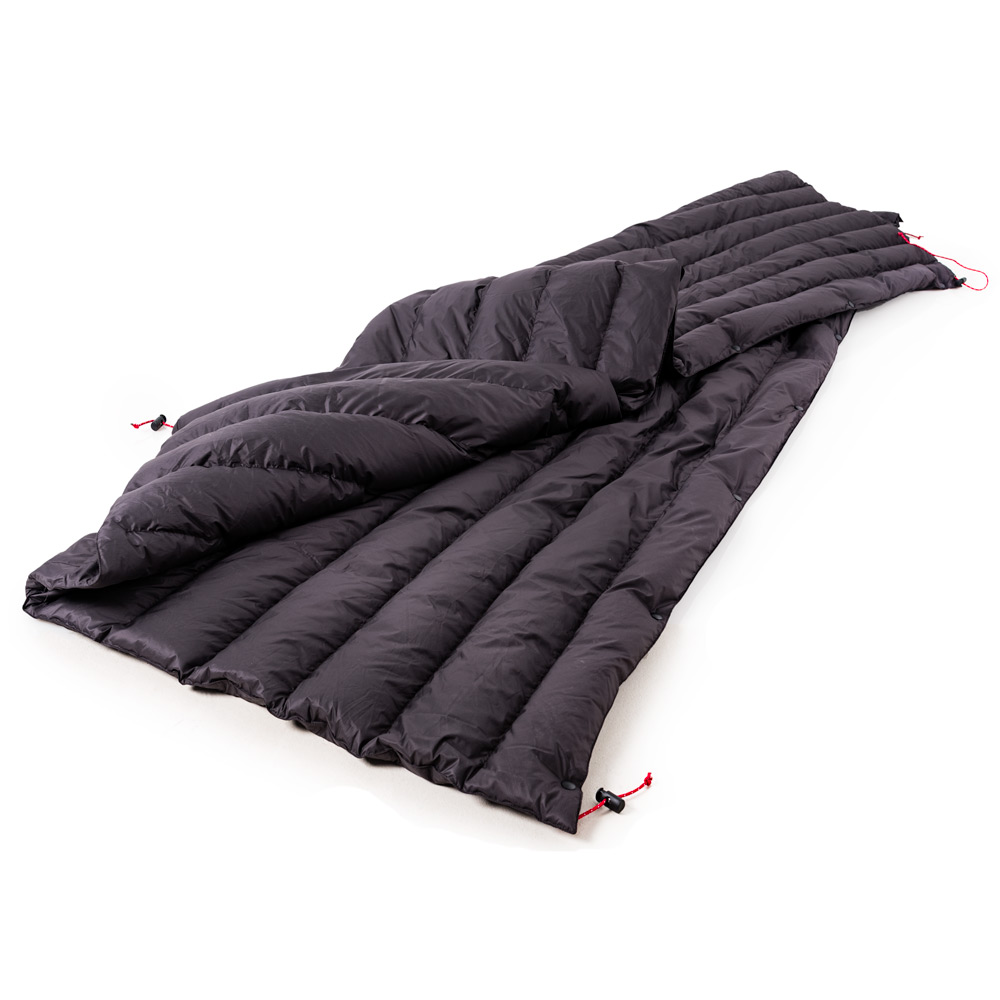 A lightweight and versatile alternative to a full sleeping bag. 750+ fill power hydrophobic goose down quilt. Can be used as a blanket or, at a pinch, the sides can be joined to form a bag.

Like my clothing, I like to use layers when it comes to my sleeping kit. I use this as a throw-on blanket when the temperature drops during the night. I have also used it on its own as a blanket during really warm and muggy nights and it worked well.

Alpkit are a company that produce quality kit at affordable prices through their website. It comes in black and weighs 520g. It is slightly tapered so there is definitely a foot and a head end. There are elasticated drawcords at both ends to trap heat and there are poppers down the side for conversion to a sleeping bag.

The quilt is filled with 750 IDFB hydrophobic goose down which means it retains its insulating properties better in damp conditions than untreated down though get it really wet and, like any other down product, it will turn into a bag of porridge. The corner attachments allow the Cloud Cover to be joined to another quilt which is great for sharing or creating a roomier bag. Alternatively, they can be attached to itself with poppers to create a more traditional sleeping bag shape.

A drawcord on either end can be tightened to keep the warmth in when the temperature drops. Don’t rely on this though as there’s no hood and warmth will leak from the side that is joined by poppers and the foot space. That said, it isn’t really trying to be a sleeping bag. I have also used it as an under blanket for my hammock and it worked well enough to prevent a cold back, though it was a bit fiddly to set up.

The down used is certified RDS, but there is increasing evidence that no down is free of cruelty. With the sheer number of products being filled with down it is hard to see how the highest standards of welfare can be maintained, in my opinion. It is no longer a small group of people taking moulted down from nests in the wild, it is a huge industry much like any other poultry. I guess you have to let your conscience guide you as synthetic alternatives are much heavier and bulkier but most likely made out of oil based material that pollutes rivers and oceans.

So, if you are going to buy one make sure you look after it and make sure it lasts as long as you do.

A permanent feature in my sleeping kit for long distance hikes on trails in the UK in all seasons. It forms part of my sleep kit which comprises a down bag, down inner bag (PHD Design), and a silk liner which enables me to control my temperature more precisely.

I looked a little closer and it appears that you can buy direct from Alpkit if you're in the US, but I haven't noticed them in any retailers.

I did wonder. I have updated the review. 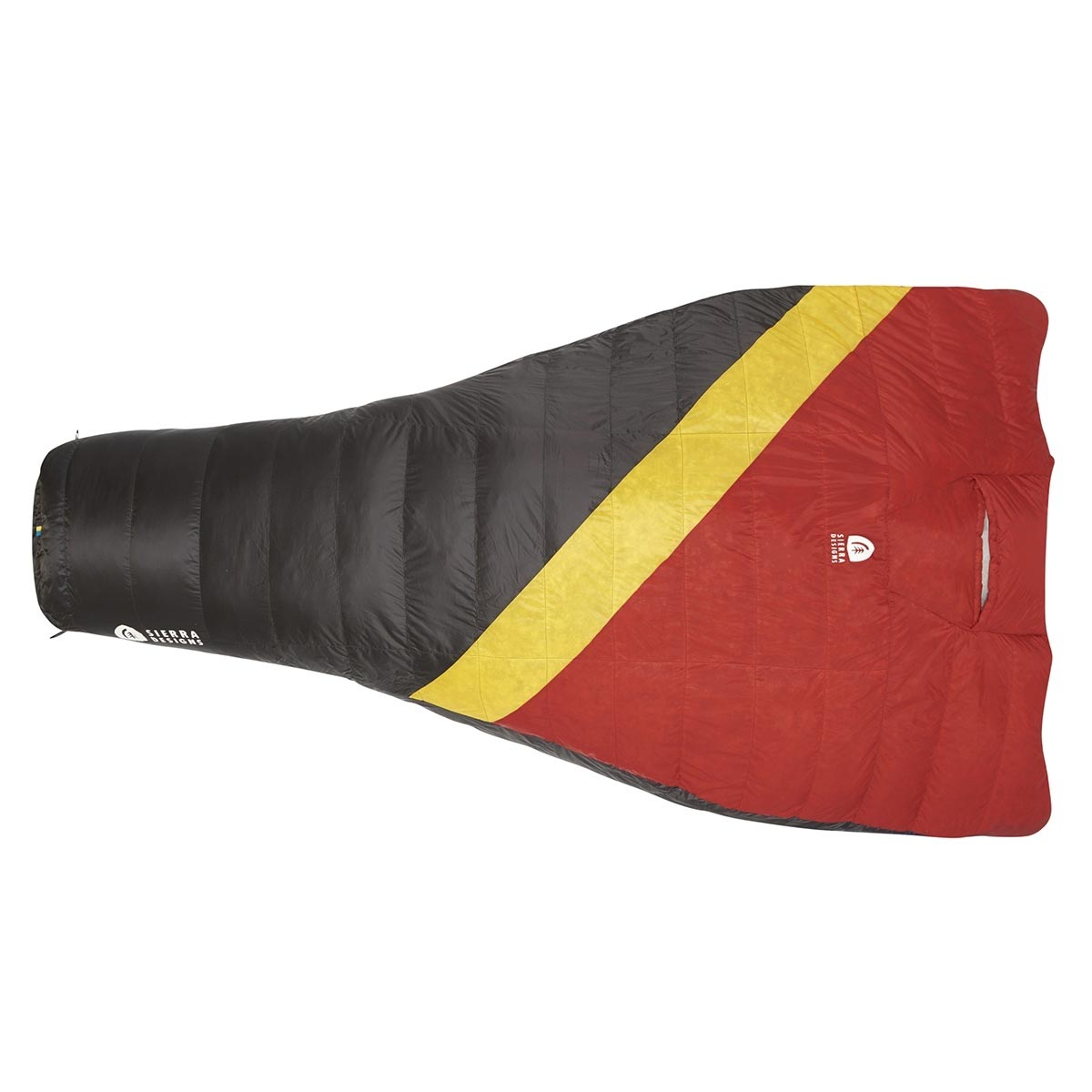 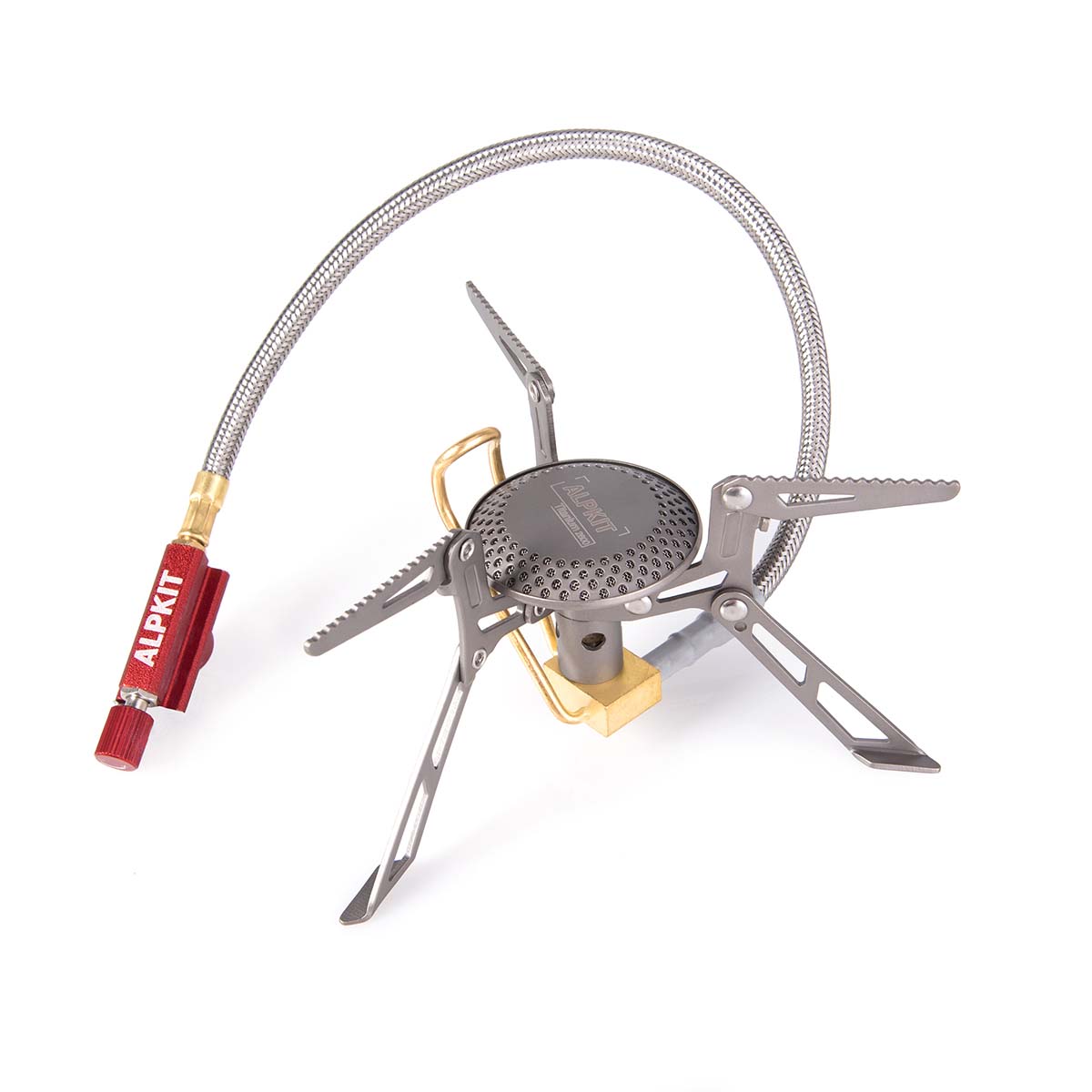