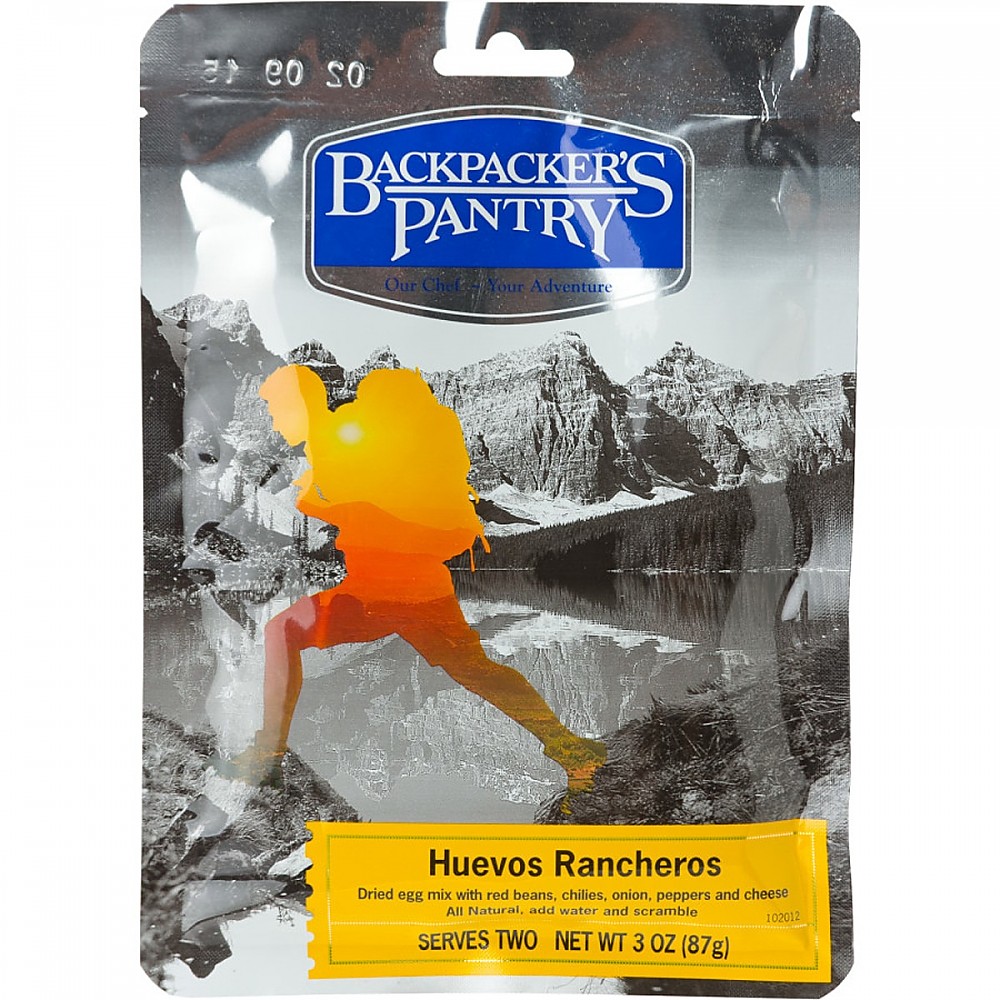 A good idea for a "change of pace" kind of backpack breakfast but rather poorly executed by Backpacker's Pantry. I would have trouble recommending this to anyone unless they really wanted some kind of alternative to plain dried eggs.

Saw this at a Menard's for $4 per pouch. How bad could it be?

I tested it at home in a 11" non-stick skillet so I could see what it looked like while rehydrating and cooking. The instructions say to add 1 and 1/4 cup of water, doesn't say what temperature the water should be. I used cool tap water.

I used a silicone whisk to blend the ingredients. It took a -lot- of whisking to get it to blend. After 10 minutes I turned on the stove and cooked it at low heat as per the instructions. After five minutes, nothing was happening so I boosted the heat to medium high, much like one would be doing with a backpack stove.

Finally the "eggs" kinda started to set once the mixture was rapidly bubbling. It didn't act like regular eggs though at all and seemed to be taking too long to cook. Even in the Teflon pan one had to be careful not to burn the mixture. The eggs seemed a tad watery and after ten minutes I gave up trying to steam off some residual water.

Tasting? First impression, not bad at all, due in no small part to the 700 mg of salt per serving (2). There was a decent hint of Mexican spices (cumin et al) that was OK but I never saw or tasted any hint of red peppers and there was little evidence of onion. About 90% of the red beans were just barely hydrated with a few still hard on the outside and powdery on the inside.

The most notable part of the dish is the gritty texture. It seems like the egg and cheese powder just did not fully incorporate despite liberal use of the silicon whisk before and during cooking. Don’t expect creamy eggs and nice gooey cheese with this meal.

Overall it is edible and it is somewhat filling. The preparation and cooking may be too fussy given the final results. Especially if you are not using a heavyweight non-stick 11” skillet like I was using at home. This would likely be a major fail in a thin bottomed stainless or titanium uncoated pot.

Hi John! Welcome to TS. I've not had good success with this line of products, but I wanted to mention that on the trail, the simple way to prepare a meal like this is 1) Boil 1-1.5 cups water. 2) Pour it into the bag. 3) Reseal the bag & let stand for 10 minutes. 4) Eat it right out of the bag. You're still going to have gritty, salty eggs. However, the only clean up required is your spoon/spork.

I tried this out when I camping recently.

So glad I had a little extra food hanging around after trying to eat this.

It was way too salty, it was grainy. Usually with Backcountry Pantry I find that you need to avoid putting the recommended amount of water or they end up too soupy. So I put not quite enough it. It tasted awful. Extremely salty, horrendously grainy and sweet. It tasted much like bile. It was dreadful. More water didn't help.

With gorillas I can imagine this being more palatable, but this was awful. I would strongly advise against it.

LOL! I'll make sure to avoid it!

I'm with you… every Backpackers Pantry product I've tried has completely disappointed me, in more ways than one!

Tried this on a recent backpacking trip with mixed results.

Prep is a pain for those of us who don't like fussing with food and requires that you scramble the rehydrated contents in you pot or pan -- which may test your ability to find a simmer setting on your Pocket Rocket.

Looks a bit mushy when you're cooking it and it definitely benefits from rolling it into a tortilla.

It actually has pretty good flavor, but it's nothing like Huevos and has more the flavor and consistency of taco meat. I'd probably give it 5 stars if it was repackaged as taco filling. 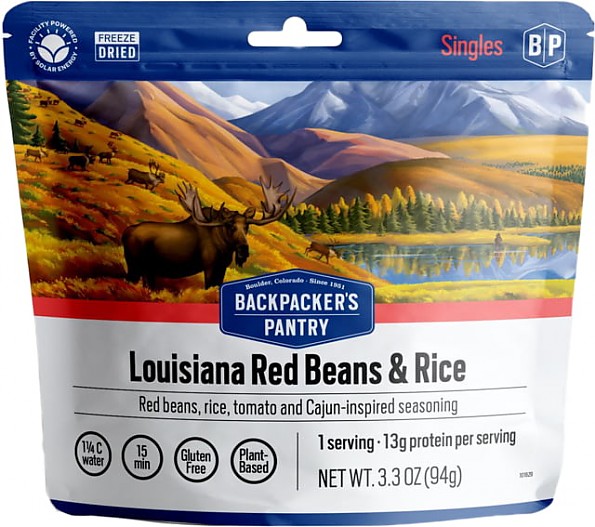