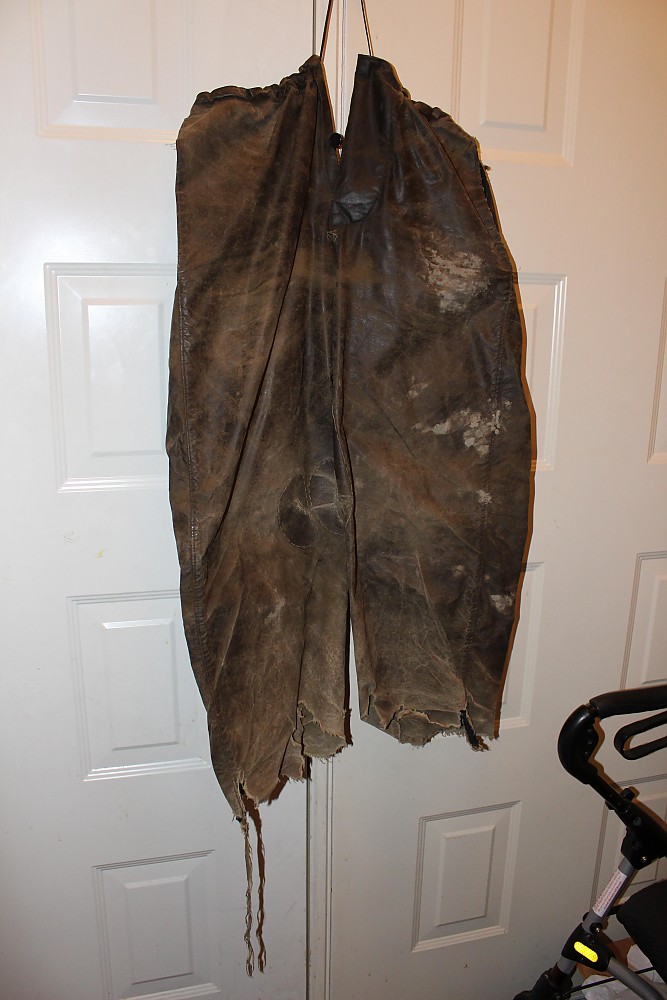 I am writing this only because the brand was not listed on Trailspace. Despite Barbour having nearly a 1/4 billion dollars in annual sales it is relatively unknown in North America. This may be in part because their iconic product, waxed outerwear, has become eclipsed by Goretex and other modern breathable fabrics.

The photos show the old pants with the patches and mud attached. The Barbour Border Jacket is still available on the internet from several retailers for around $350 US along other styles with similar prices. An optional hood selling for $50 US may be considered reasonable given the price of a new jacket, but as I paid $10 for a used pristine jacket at a secondhand clothing store, paying that for a new hood was too much, so I use a color matched plastic garbage bag instead when the need arises. 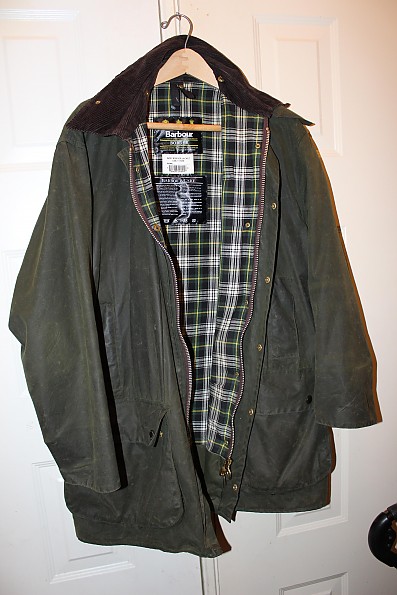 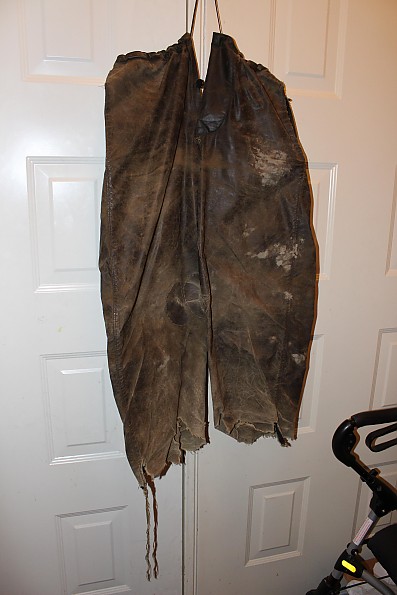 I have been wearing waxed cotton Barbour or Filson (killer pants, bout the only thing that will rip them is a barb wire fence) for 40 years. Best application is busting brush in the rain or snow and wind. Bird hunting in fall and winter most often. My buddies with membranes get wet as moisture brushes through.

I use membranes for hiking or backpacking.

I have three Barbour jackets, but the most often used is a simple shell, no cotton lining.

All are straight cut and rugged with outstanding hardware.  They are rather long in the body.

The cotton fabric is extremely tightly woven and can be used for years without reproofing, the downside is that folds can wear over time. Reproofing prevents this. A recently proofed jacket is little stiff and will transfer wax to other fabrics.

Some jackets have handwarmer pockets above the lower cargo pockets, a great feature.

I am not convinced that these fabrics breathe as well as some of the membranes like Polartec Neoshell. For my application I will trade out mid layers back at the rig between hunts. But, when wet snow is blowing sideways and we are working behind dogs through wet brush or cattails I have seen the membranes fail repeatedly and consoled my shivering friends.

Filson makes Double Tin Pants that are waxed and outstanding. I have used Barbour chaps, but switched to the Filson because you can bust through almost anything, wild rose thickets, blackberry messes....just not barb wire.  They do patch very easily. They are stiff and can chafe, but wear in and are perfect with a light pair of long johns.

Both Filson and Barbour do claim to replace any garment they cannot repair.

I do recommend getting the bottoms of the Filson pants trimmed with leather.

If you cannot stand the thought of wax, an alternative is an English fabric called Ventile.

This stuff is windproof, extremely tightly woven long staple Egyptian cotton. When wet, the fibers swell and moisture rolls off.  It breathes rather well and excels in cold conditions. It was used extensively on arctic expeditions and high altitude climbs. Rarely seen in the US, a number of firms offer it in England. 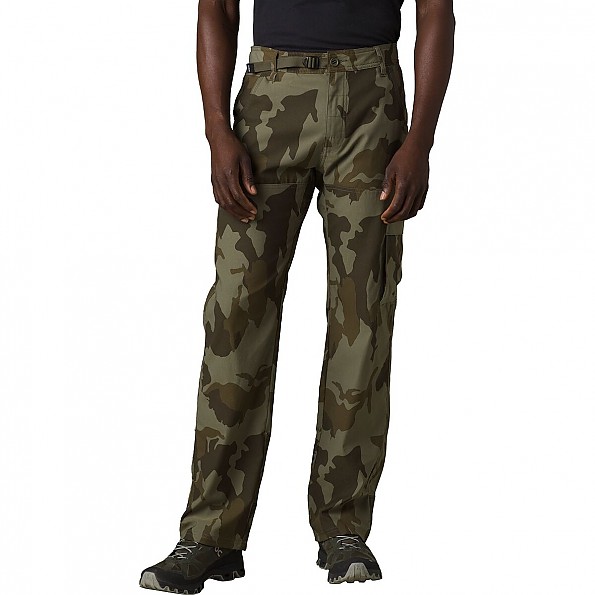 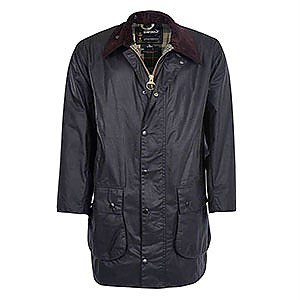