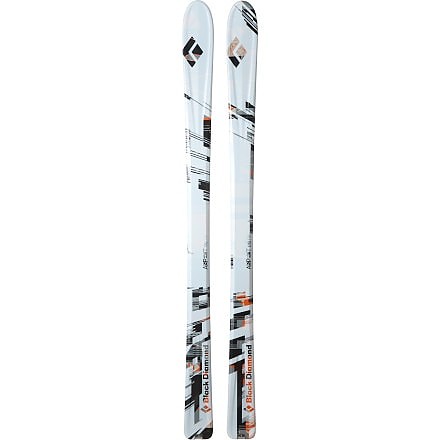 My daily quiver. This ski is perfect to get everywhere every day. You can't go wrong: powder, crud, wind pack, ice, skinning. It's more than a touring ski, it's surprisingly stable at good speed. Honestly, one ski that does everything perfect doesn't exist. This is close. Just a fun ski, day in and day out.

When I got the Aspect, I thought I would only use it outabound. It ended up being my favorite everyday ski at work and on my days at the mountain, riding a lift or going far in the backcountry.

I still have a 95mm and a 115 mm ski. Those just don't get as much days out. Had them for 3 years now and still very satisfied. I ski the East.

Disclosure: The reviewer received a sample of this product from the brand or its representatives in exchange for a review.

Disclosure: The author of this review is sponsored by Black Diamond and received a sample of the product from the brand or its representative in exchange for a review.
vote up
0
vote down

A Tale of Two skis

I got the Aspect/Dynafit combo for ultra-lightweight touring.  It's crazy light, this gets 5 stars, no doubt.

I skied it in 2 modes:  (1) as received, no tune, no wax and (2) edge tuned and waxed. This was my first day on the Aspects skiing at Cannon Mtn NH, snow was as good as it gets in the East. Results:

(1)  Skiing on about 1' of light powder, soft packed pow and a little eastern hardpack.  Absolute horror show.  Catchy, couldn't turn, I though my skiing had somehow evaporated.  I was ready to sell them.  Zero stars.

(2) After tuning (1 deg base bevel, 2 deg edge bevel, waxed and edged detuned about 1' from the front tip and 6" at tails):  Complete transformation!  A very easy turner, carves beautifully, lots of fun.

I found them surprisingly stable at speed.  They were easy and forgiving in powder too.They reallly worked well on everything except scratchy hardpack.  These are pretty soft skis and they tended to chatter.  They supposedly have some tip rocker which I think contributes to chatter too.  This doesn't concern me much cause most of my backcountry work is on pow or corn and I'd guess that it wasn't a design goal either.

If you're spending time on ice or crust I'd want a heavier, more aggressive ski.  But in the end they seem to be exactly what I was looking for.  Five stars.

Average: 4.5 cause of hardpack performance.

Got Aspect ski (186cm) with Dynafit TLT Vertical ST binding. The width of the binding matches perfectly the flat part of the ski. The transmission from the foot to the ski has a very direct and precise feel to it.

The very first time I used the ski (happened to be on piste in icy conditions and a bad visibility) the width of the ski and especially of its tip felt awkward, but the next time in better conditions and as i got used to it, this impression went away.

I find the ski excellent in powder and also fun on piste. It is also impressive how much lighter it is than my previous setup (Atomic Sweet Daddy 190 with Diamir Explore binding - I like them a lot too, but they are close to the end of their natural life as I got them from a rental shop after two seasons and used for two seasons often in rocky conditions).

The four star rating for Aspect is more of a cautious rating as I have not tested them enough yet, but could become a five star with more usage.

The binding is 73mm wide, but Aspect width (flat ski part under the shoe) is only 60mm due to the curved design. And this at the 90mm ski width, helhere not a really logical design by BD.

And where can you find a 60mm binding nowadays!? There are hundreds of web shops offering Aspect + Fritschi pro, which is a disaster novo combo. 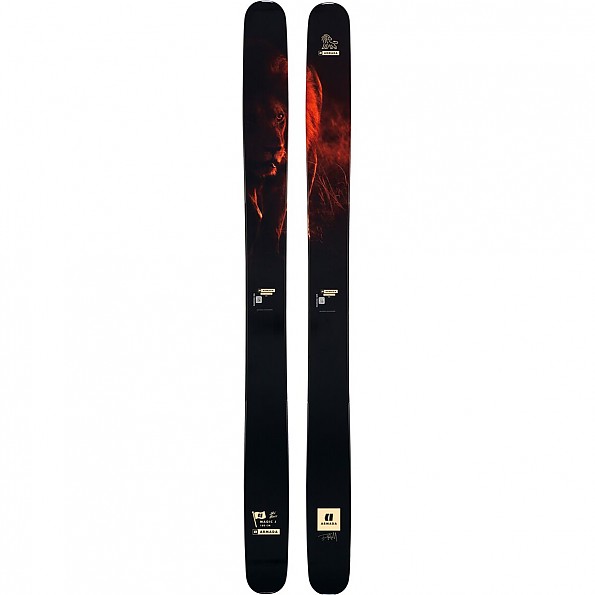