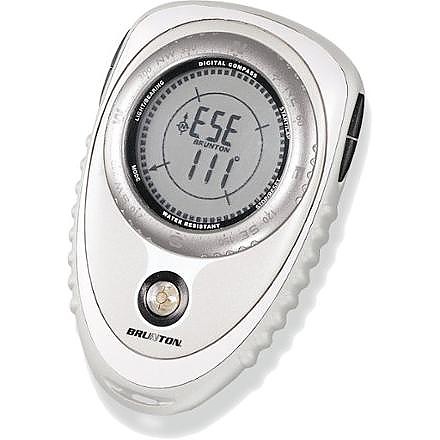 The Brunton Nomad electronic compass is the replacement for the Brunton Outback, an electronic compass which had a short and apparently unsuccessful life. The current Nomad is the V2, which replaces the V1 version. (I tried the V1, and despite the claims of a gimbal-mounted sensor, a small tilt would change the reading 12-15 degrees off the actual magnetic bearing). The V2 has a bubble level to keep the compass leveled, plus a rubber armored exterior that is apparently intended to help with impact resistance.

Since the V2 Nomad has no sighting system, it has to be aligned by the standard method of holding at chest level. That should be ok for 2-3 degree accuracy, good enough for wilderness navigation jobs, providing you keep the compass perfectly level. The compass has a memory, so it will store and record bearings for you.

The biggest problem with the Nomad is shared with its predecessors - it can't be easily used to take a bearing off a map, so you've got to carry a second baseplate compass or a protractor along for that chore. Also, despite the improvements and claims of water/shock resistance, it's still an electronic device that relies on batteries and can not operate without battery power. Heavier and bulkier than most baseplate compasses, it's no more accurate. It's even more important to use the lanyard at all times so that you don't drop it and crack a circuit board. The extra bulk would be worth it perhaps if this were a GPS receiver, but for a compass? For me, I don't think memory storage is enough reason to risk switching from a reliable, battery-independent needle compass for wilderness navigation, at least for now. 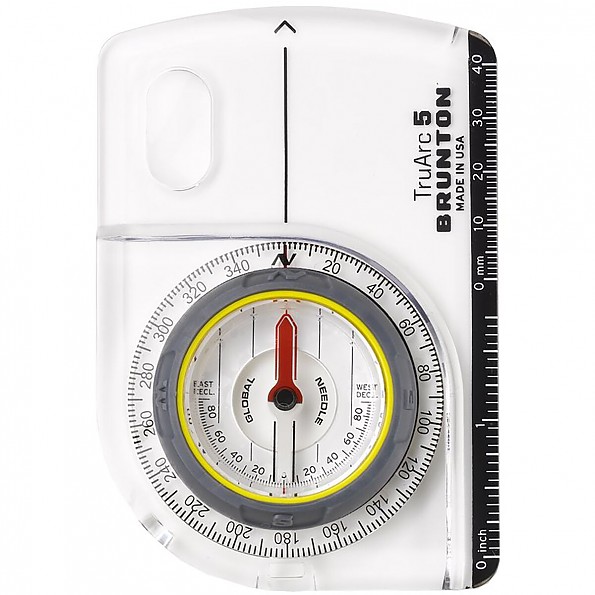