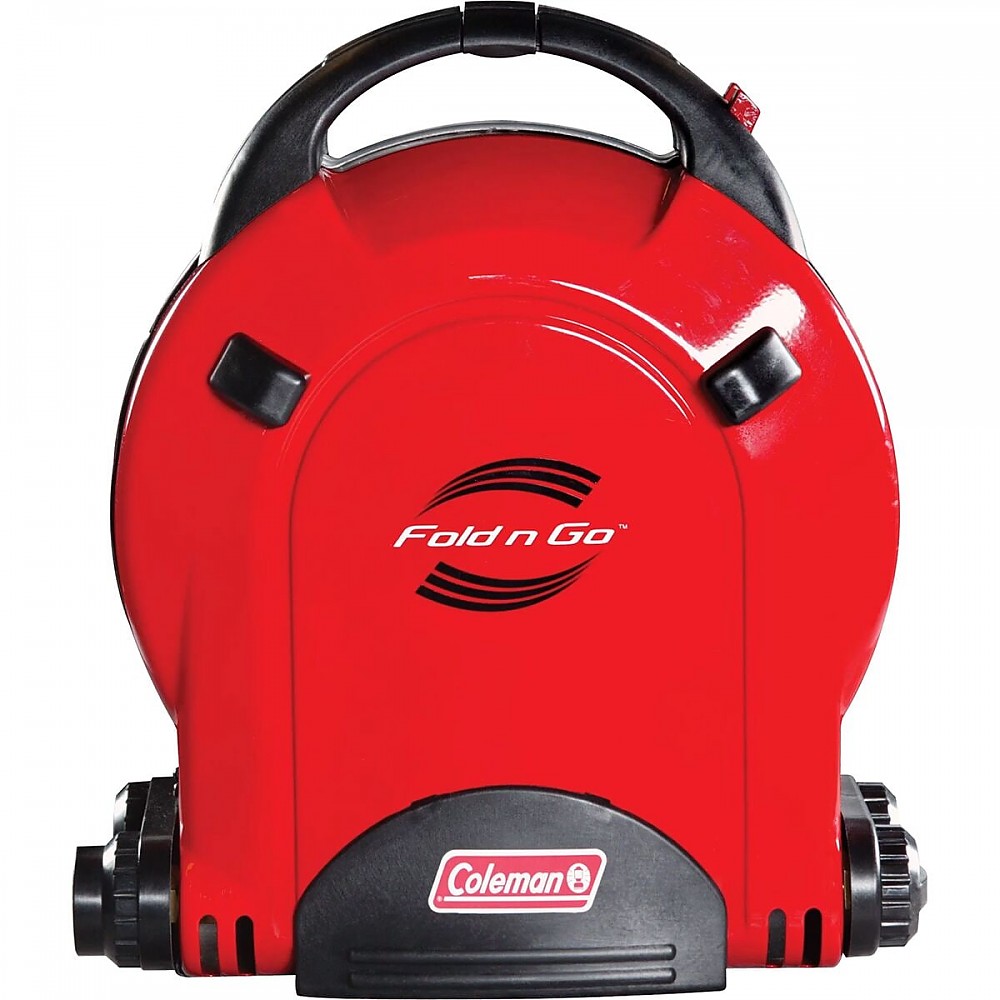 The Coleman Fold-n-Go stove is a compact, highly packable stove that performs, and manages to be pretty good at it.

A forenote: I've owned mine for nearly eight years now. i've used it quite a bit over that time in a number of different weather/environment conditions.

The stove sets up fast. pull it from its carry-case, undo the latch, unfold. if necessary, adjust the pot-holders in their mounting position(they're spring-loaded friction fit, and surprisingly secure- they take me being not gentle with cast iron pans without popping out). the feed-line(a hard-line unit with a built-in regulator) goes in quick and easy.

The stove starts easier than most. open valve, count to three, press the appropriate side button and bwoof; ignition. the igniters also hold up for a surprising amount of time, the left side igniter is finally giving up the ghost, after years of service and several hundred starts. right side is still going strong, tho.

Flame control is a little less than stellar, and takes a bit of fiddling at lower levels for simmering. past about 1/4-1/3 turn, the burners really don't get much higher. conversely the effective adjustment range isn't all that broad, but it works well enough that i've managed some rather finicky meals requiring delicate control.

Wind performance is probably the weakest point for this stove, overall. there is no windscreen. as i've mentioned, the pot-stands are a bit on the high side, so wind gets in easy. even though the burners are recessed, they can be affected by stray breezes if you're not careful. this is actually a pretty minor issue for me as i'm often using the stove in sheltered areas. a bit of foil on the windward side and issues vanish.  it's worth noting that the hot spots tend to drift if there's any wind. large pans may require turning from time to time for even heat.

The stove's fuel efficiency is pretty solid. one tank will run for at least a couple hours, if not longer. typical pattern of use the last few years has been a healthy near-hour for morning meal, about the same for evening meal, and hot water for dishes too. probably about three hours before changing out bottles. bottles aren't changed out because they run dry, however, but because the level gets low and the propane starts to freeze. gas pressure starts dropping off and the burners get fickle. in warm weather this is stalled out and the bottles will run nearly dry.

The stove is as steady as a rock. wide base, firm feet with plenty of traction, and the pot-stands have massive notches cut into them that yield tons of grip.

As mentioned before, it packs very nicely. the folded stove takes up just over a square foot when laid down, and is in the realm of six inches thick. a little bulky, but easier to pack than a lot of other stove.

As mentioned, i've had it for eight years. it's never quit, never gotten grouchy, never acted up. it's solid as a rock, and like a lot of the more expensive coleman gear, is dang near bomb-proof. while the brand name isn't glamorous, they're doing something right, to stay one of the biggest manufacturers around.

I love this stove because the two burners can be turned up quite high for fast cooking and it uses very little propane. However, the best feature is that it is so small and compact you can take it anywhere.

I love this stove because the two burners can be turned up quite high for fast cooking and it uses very little propane. However, the best feature is that is so small and compact you can take it anywhere.

The only con I can think of is that it must be on completely flat ground which can become an issue depending on where you are camping. 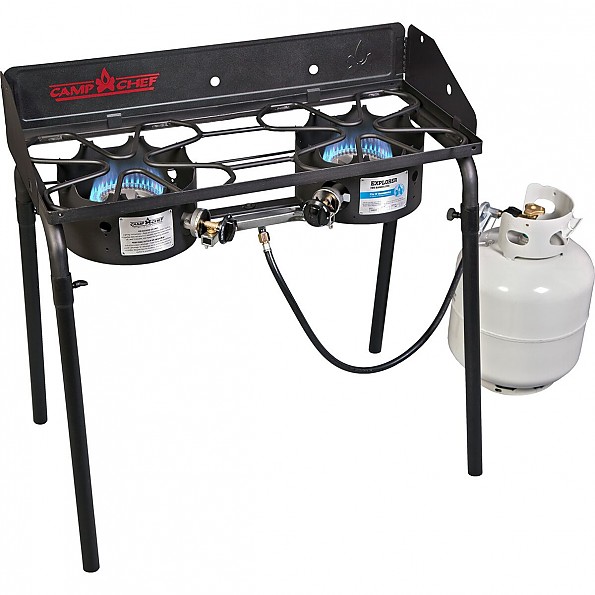 Trailspace's community of gear reviewers has field-tested and rated the top camp stoves.