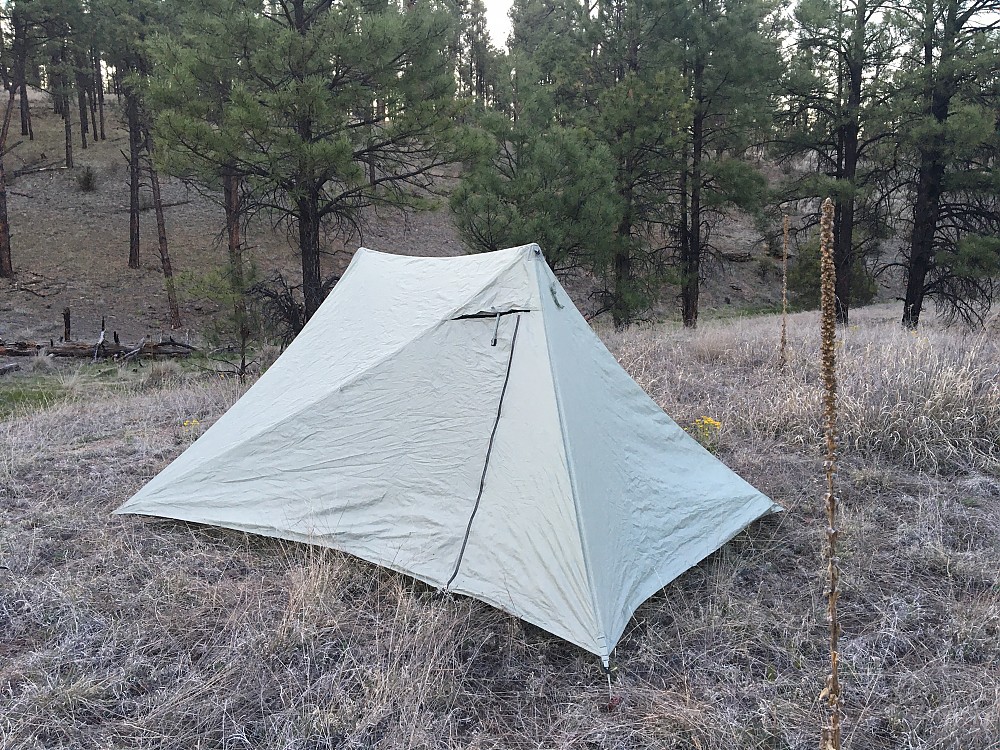 The X-Mid is quick to set up and has a lot of vestibule space. It packs down to a football sized bundle and weighs about 2 pounds.

I bought this tent when it was on sale so I was willing to take on an “unknown”  product. The first time to set it up was confusing as the inner mesh tent has cords that attach to the fly. Once set up it provides a lot of space. After using it many nights, the set up is less than 2 minutes and unless on a pronounced slope, it pitches taut.

The X-Mid comes with 8 stakes but I routinely set it up with 5, one at each corner and only one on the side of the vestibule I will be entering and exiting. The remaining 3 stakes would be for the second vestibule opening and the two guy lines at the pole pockets. The two guy lines at the pole pockets are only needed if it is windy. Since my purchase, there is now a Stargazer Kit which allows the mesh inner to be used without the fly which would be great on those clear mosquito buzzing nights.

I would like the mesh inner tent to have about six inches more width, but even without the extra width, all my gear and I fit into the inner part well. It helps that I am only 5 ft tall. Someone who is 6 ft tall would definitely need to utilize the vestibule. The large vestibule can be reached by entry from both sides of the inner and definitely keeps my shoes and anything else in the area dry. This may be too much information, but, in a heavy rainstorm it is possible to stay dry and take a bathroom break under the vestibule.

There are two vents on opposing sides of the fly that minimize condensation. These can be adjusted to allow more or less or can be closed completely with the Velcro at the openings. The fly can be pitched with greater or less space along the ground to facilitate condensation management. This tent has been used in huge rains, heavy winds, and desert conditions and works nicely.

Again, in heavy winds the two extra guyouts are key as the fly is a flat surface that blocks instead of diverting the wind. The space allows me to pack my backpack completely while in the tent so all that is left is the tent itself. This is wonderful on a rainy morning.

The X-Mid is constructed of soil-polyester which, I am told, stretches less that sil-nylon in taut and wet conditions. The seams are consistent and the.workmanship is good. I have used it well over 100 nights and see no durability issues. I have taken the inner section and washed in in my machine on “hand wash” cycle when the floor became grimy on the outside then hung it outside to dry. It has held up quite well. The two parts of this tent can be left attached together instead of setting up the tent and the fly. This makes an untidy but workable roll when packing it into the small bag.

Due to the smaller interior portion, I considered buying the two-person tent but did not as the footprint for that is very large and may limit many camp spots. All in all, due to the ease of setup and the vestibule space, this tent has served me well and has become my “go-to” tent.

This tent has accompanied me on overnight backpacking trips in the Southeast U.S., the Smokies, and about 1000 miles of a long section of the CDT. It did collapse on me in a heavy, windy storm in the mountains of New Mexico as I did not utilize the extra guy lines.

Thanks for all of this helpful product info about this tent, Beth. If you have any pictures of your shelter setup, those would be great to see in your review too.

Easy to set up, even in rain. Room for gear on both sides. MUST stake the interior section if on any slope because you will slide downhill.

I looked for three years for just the right tent. This one is it! Easy to set up in the rain... uses my trekking poles, so reduced weight.

It took some getting used to. I like my gear "inside" with me, but no can do with this tent. Still I did well and my gear stayed dry under the side walls. LOTS of room on both sides. Interior of tent is just enough for my sleeping bag. The floor is SLIPPERY so the sleeping bag would migrate at times.

Overall I'm happy with the tent for short-term trips overnight in the mountains.

This is my first time with a tent like this. My last tent was my husband's pup tent.

Welcome to Trailspace, Christina! Thanks for sharing your first gear review with us. 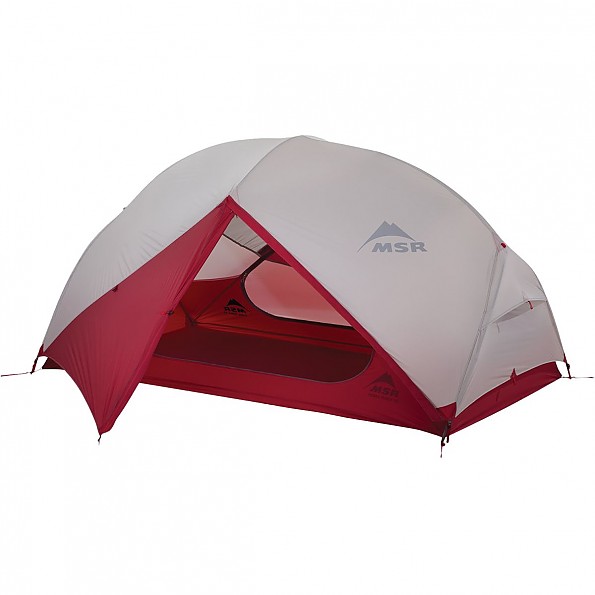