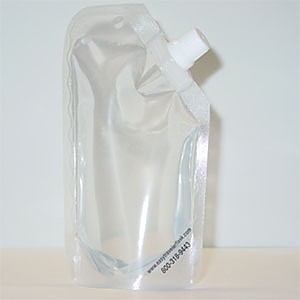 Originally designed for sneaking liquor on to cruise ships, the Easy Traveler Rum Runner 16 oz collapsible flask lends itself well to backpacking. Weighing in at 0.4 ounces and very flexible these bags are a great way of carrying liquids inside your pack without fear of leaks or spills. 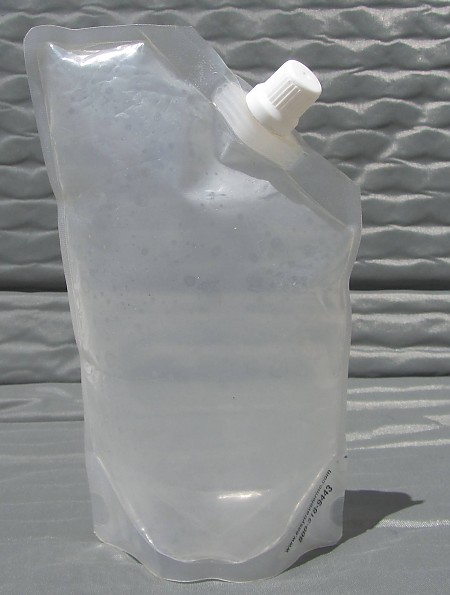 Shown here inflated with air you can see the wide seal around the edges, the spout design and the stand up function of the expandable bottom. These bags are well constructed as they were designed to be tucked inside suitcases.  The material is LLDPE which while lighter, clearer and more flexible than HDPE is still pretty rugged. 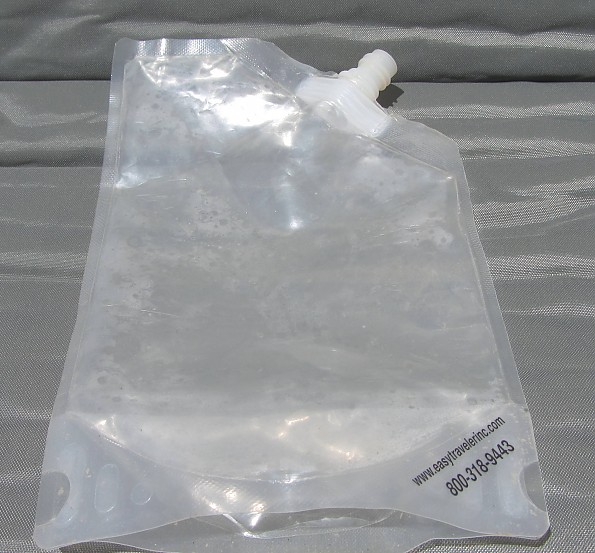 The spout uses a similar base to the one used by Therm-a-Rest and other companies on their inflatable sleeping pads. It lets you get a good grip without straining the bag itself. The extra long spout with deep, fine threads not only seals perfectly but also makes a good sipping or pouring spout. 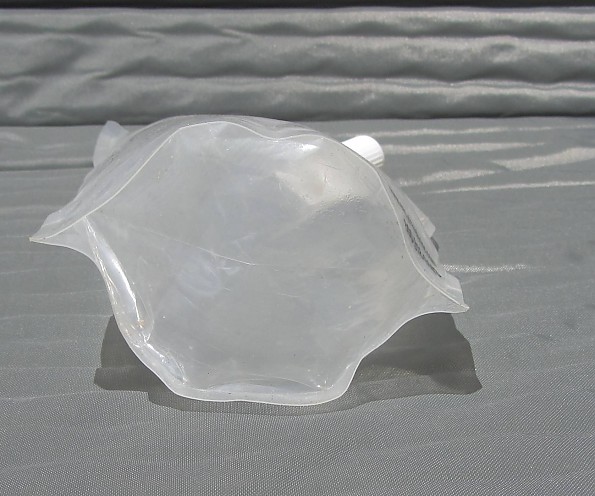 The expandable bottom allows the bag to be completely flattened when empty expanding when filled to make room and creating a base that lets you stand the bag upright.

The 16 oz size lends itself well to toting spirits along on your adventures but it could also be used to carry water or other liquids. Gram counters will be hard pressed to find a lighter water container for those times when they only want to carry a pint. The LLDPE will stand up to ethanol or methanol at ambient temperatures so it could also be used to carry stove alcohol though the manufacturer states it has not been specifically tested for that purpose.

My experience with this little bag has been exclusively as a sipping whiskey carrier. The one used as a model in these pictures has been in service for over two years now and remains in excellent shape. It has been on numerous trips, some where it came home completely full and some where it came home completely empty, but it shows almost no visible wear and I expect it to remain in service for some time yet.

The one issue I've had with the bag is cleaning it. If soap is not used a faint aroma of the previous contents remains. So long as I bring the same whiskey that isn't an issue, but I don't enjoy pouring Paddy's into a bag that smells of Black Bush. Unfortunately if soap is used it is very hard to get the smell of soap out of the bag and that makes me even more unhappy if any remains when I pour the whiskey in. Thankfully these bags are very inexpensive so I have resolved the problem by having one for each flavor of whiskey and I only rinse them with water and no soap now.

The other issue which should be mentioned is that as far as I know these bags are only available online. Like many folks I prefer to see a product in person and put my hands on it before I buy. When I made my first purchase from the company I half expected the products to be worthless but was pleasantly surprised.  I certainly didn't expect to get years of use out of them, but I haven't had to retire any of their products yet.

I can definitely recommend the Rum Runner 16 oz flask by Easy Traveler as a liquid carrier to anyone who wants to lighten their load and especially as a whiskey (or other spirits) carrier for those who just want to get loaded.

If using it for its intended purpose, please do so responsibly!

Nice reviews, LS. Appreciate these especially and a well-earned up vote! Gotta say, funny how not having "Platypus," etc. printed on the sides brings the price down to less than four bucks. They ever make one of these in a 8-ounce or smaller size, I'd definitely pick one up for fuel storage. Speaking of, is LLDPE strong enough to store denatured alcohol?

@Eric As mentioned above the manufacturer has not tested it for that and makes no claims, but research I've done elsewhere shows that at ambient temperatures LLDPE is safe for both ethanol and methanol. The smaller containers you are looking for will be reviewed shortly. I've had them in hand for a bit now but want to stress test them a little more before posting the review as they are of a different design.

Much appreciate the response, sir, and moreover - giving them a little more time just to make sure they're up to the task. Now that my Evernew alcohol stove (with measurement markings built in), has freed me from carrying a container with markings on it, items like this catch my eye.

It is 100% safe to use LLDPE (the plastic this container is made from) as a methanol/alcohol container at 20°c/68°f. That said, safety degrades as the temp rises.

LLDPE manufacturers rate safety LOW at 60°c/140°f for methanol storage. I would hope that no one would be through hiking in 140 degrees.

Welcome to Trailspace, Cyn. Can you tell us more about your direct experience with this flask? 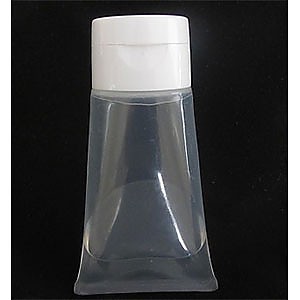