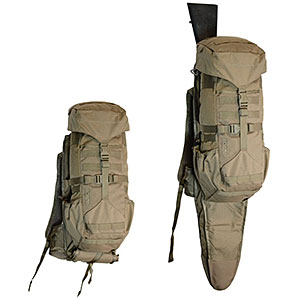 This is a multi-purpose daypack that can be configured up to expedition size with attachments. It is best used for trips that require the carrying of long objects such as tripod mounted movie cameras, fishing rods, paddles, and guns etc.

Despite the name this is a multi-purpose pack that can be adapted to various specialized uses. The main difference with almost all daypacks is the long sleeve or scabbard built into the pack that enables long objects to be carried with a good deal of protection as it is surrounded by the rest of the pack.

As an example, it can be used for backpacking compact inflatable boats into backcountry lakes and rivers, with the scabbard being used for fishing rods or paddles. For objects that are too large for a daypack there is a compression strap and multiple attachment points for additional objects. Its extra strong construction enables the carrying of heavier objects that would normally not be suitable for a daypack.

With the additional weight, however, the almost unpadded hip belt is inadequate. While the hip belt is similar to most other daypacks it needs upgrading for heavy carrying. There is a slot between the hip belt and the back padding which enabled me to put a stand alone expedition style hip belt into the slot and directly around my waist to comfortably carry the extra weight. The original hip belt then goes around the inserted heavy duty hip belt, and the slots on the original hip belt enables extra pockets to be attached to the original hip belt  so they are accessible while carrying the pack. I also added a stronger sternum strap beside the original.

The obvious question is why go to the trouble of adding when there are heavy duty backpacks from this and other manufacturers that are designed for heavy loads. The answer is they cost about twice as much, and as I needed both a daypack, and something that can be converted for heavy loads as the need arose I wanted a pack that was strong enough to do both duties.

There are drawbacks with this approach. When heavily loaded or tightly packed it is very difficult to draw out a tripod for taking wildlife pictures while carrying the pack. When drawn out the sleeve material causes a fairly loud noise that can scare wildlife that are close by. I added a fleece pant leg that considerably reduced the noise.

For those who want a daypack that can be converted to a heavy duty expedition pack without having to buy two high end expensive packs, this pack has a probably unintended design feature in the slot that enables this to be done at a significant savings.

The manufacturer has another backpack similar to this one that can be purchased without a built in scabbard, which can be attached or not as desired. I have not examined this one however. 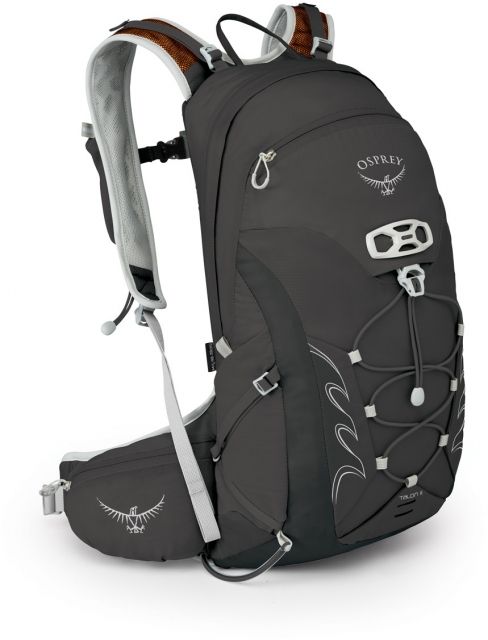 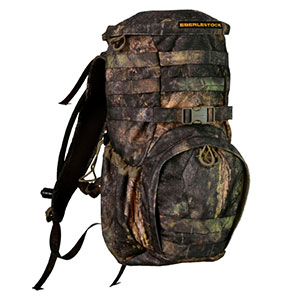