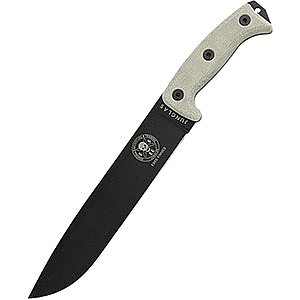 The ESEE Junglas is a beast of a knife. Its superb heat treat means that the knife can take a beating and come back for more. All of the knife is designed to resist severe use and abuse. The coating on the blade is one of the most durable I have ever used, surpassing even the custom coatings on some of my blades.

The canvas micarta handle is impervious to water and fitted perfectly to the handle. While canvas micarta can potentially crack it would take a hell of a lot for that to actually happen and it is both more tougher than natural materials and more comfortable than most synthetic alternatives.

It's a shame the company hasn't decided to make the bearing block hole as found on the RC-5 a standard feature. While it might be slightly cumbersome with a large blade like this it would certainly be possible and it would be nice to have the option.

The biggest issue I've found with this blade is its tendency to rust, as high carbon steels are prone to do. The coating protects the majority of the blade from this, and it can be easily sharpened off the edge. Unfortunately the laser etched ESEE logo exposes the steel under the coating and is prone to rust. What's worse, the rust cannot be removed without damaging the coating even further.

All in all this is a great large blade for processing wood.

Welcome to Trailspace, Ben. Thanks for sharing a review of your knife. If you have any pictures of it to show others in your review, those would be great to see.

thanks for your review. how grippy or slippery are the micarta scales on this knife? my regular fixed blade knife is from Bark River (it's a 4 1/2 inch blade), and it has a very nice but fairly slippery set of micarta scales. a much better knife after i used some fine grit emery paper on the handle. regarding oxidation/corrosion, i try to wipe the blade with mineral oil periodically - it helps for the non-stainless blades.

Part of maintaining high carbon blades is oiling them quite regularly. A good gun oil with no solvents would be a good one. As for the rust on the blade, a dental pick from a shooting supply will allow you to get it out of the nooks and crannies.

The knife is amazing. The sheath is nice, but could be better. 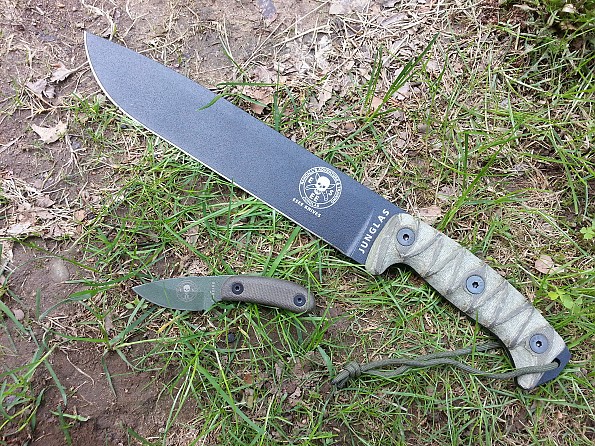 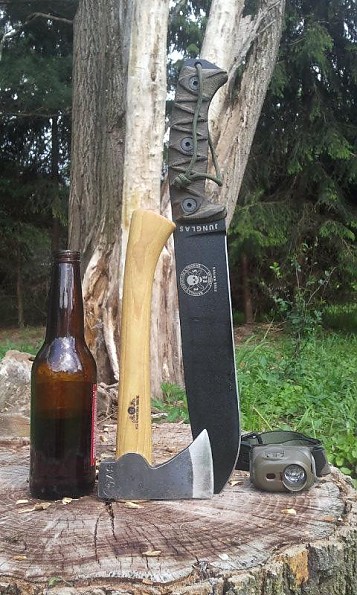 If I had to choose one item to take with me to survive, this would be it. You could chop a tree down with this knife if you had to, or you could clean a fish (not as easy as with a small knife, but it's not difficult with a little practice).

It does have some weight to it, but it helps with chopping and durability, and it's balanced pretty good to minimize fatigue.

While a big knife is more weight to be carried, it's a hatchet, a knife, a sword, a machete, a shovel (will kill an edge), a pry bar, and probably a few other things, while a smaller sized knife is generally just a knife.

Smaller blades are easier to handle at first, but that's because people are generally used to kitchen sized knives on a daily basis. With a little practice, doing small jobs with big knives is simple and requires less force to make cuts. 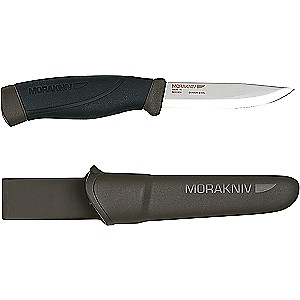 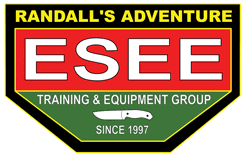 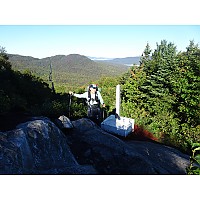