The 5th Season EXO has been discontinued. If you're looking for something new, check out the best four-season tents for 2021. 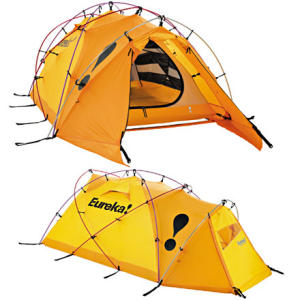 Of course the tent is heavy but I guess every buyer is aware of that before buying it.

In windy condition as well as in a cold environment it is so far the best product i've tried. Two thumbs up for Eureka.

I was very excited when I ordered this tent to replace my old TNF 'Himalayan Hotel' which had served me very well over 15 years(!) from Alaska to Scotland. When I received the EXO, I immediately realized it was considerably bulkier than the info led me to believe.

At @15 lbs, I expected a 'tank' but the material is not any heavier than most tents though the poles are 11mm vs the usual 7.5-9mm (I've already bent one somehow but got it back into usable shape). I also ripped the stuff sack with the poles the very first time which wasn't a good omen.

The frustrating thing with this tent-it's close to being great but for the weight makes lots of compromises. Good for car camping or extended stays in one spot, but the tent body barely fits into the stuff sack, let alone the poles-you'll never get those back in again while the compression straps aren't even sewn in the right place??

The floor is thin as well-for this weight it should be much heavier material. The tent fly flapped and rustled in medium breezes, no matter how tightly staked, and kept me awake. There are too many clips, zippers and extras inside that don't really do anything but add weight.

Also forget about putting it inside your rucksack-I've a 90+ litre pack and it takes up so much room there's hardly any space for other gear so the monster gets lashed to the outside where I can bash people about when walking through train stations.

Having said this, it is easy to set up and anchors well. I've used it in 40mph+ winds but even the large family tents near me were fine while this tent shuddered and flapped a bit. The large vestibule is great for cooking but overall I expected something more robust for the money and weight.

I'll keep it for car camping and want to try it in some really nasty weather but now I need to buy another 4-season tent worth carrying on my back. I don't see it ever out-performing 4-season tents half its weight and likely cheaper, and would look elsewhere unless you pick one up on clearance.

Eureka's other new exped tents on their website look better overall but I'd want to see them in the flesh before plonking down my money.

I wanted to quickly add some thoughts after thinking about my review. The tent is designed for high altitude use, not backpacking and therefore ticks all the boxes for that despite the weight. I've yet to use it in really terrible conditions that may well flatten most other tents and I imagine it will hold up fine.

However, this tent is up against some of the best in the world so I have been duly critical in my judgments and had very high expectations after using my old TNF model without a hitch for ages. I knew how much it weighed before purchasing but if Eureka could mainly reduce the pack size by omitting add-ons and use tougher fabric it would be a much better tent as the overall concept is sound.

Design: 4-season expedition
Sleeps: 2
Ease of Setup: good with practice
Weight: heavy without a sherpa or packhorse but we know this already
Price Paid: $350

It gets five stars for high altitude, serious full on conditions. It sets up very fast, much faster than even single wall tents I've used and the cool factor is very high with lots of pockets on the inside. But for lesser conditions it is a lot of tent and heavy. It is without a doubt the strongest design I have seen.

I think this tent does the the work every time. She is durable and she have a great style. The only problem is she weighs 12 lbs. 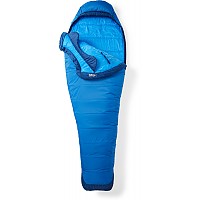