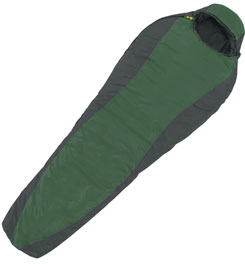 I bought this bag for Philmont, trying to stay warm and light. It worked out very well, with the temps. getting into the high 40's. When I returned home to upstate NY, I planned on making this my regular fall bag.

Went on a fall trip to Canada, temps in the high 30's, and the bag was cold on a Big Agnes Clear View pad. Contacted Eureka and they sent me a new bag. Tried again, this time down to low 30's, bag still cold. Eureka replaced the bag with below zero bag.

I would recommend this bag down to around 40 F. It packs small and is light, but is not up to its 15 degree temp. rating. The important lesson here is that Eureka stands behind their products.

If you're a tallish or largish woman like me (5'8", size XL), you probably won't fit inside. I bought this for backpacking, as it is fairly small and light, but it didn't work for me.

I couldn't fit in this bag. Granted, I'm 5'8", so at the upper limit of their height range, but sticking out the end wasn't the only problem. I wear a women's XL, so I'm definitely bigger, but still within straight clothing sizes...but I couldn't zip it up with my arms inside.

I was cold as expected, but it was way too small to even fairly rate the temperature comfort when it wouldn't close.

I bought this for backpacking but ended up splurging on a Marmot down bag instead, because I couldn't take this.

Philmont tested and proven to perform whenever you need it.

This is an excellent sleeping bag for anyone just getting into backpacking who needs a little bit more warmth. It is a little on the heavy side at 3lbs and 5oz for a 15 degree F sleeping bag but not for someone starting in backpacking. I was thankful for the extra weight when we spent a night out at over 9,000 feet. Even when it got a little wet from the rain it wasn't that heavy and dried relatively quickly through the night.

At 6 foot I touch both sides of the Eureka tents we took to Philmont but my sleeping bag had plenty of room. I never put the hood over my head at Philmont but when I did at home to see the size it fit great. Every night and morning I always had trouble with opening the bag because the zipper was hard to pull. This seemed like it is was the only issue I had with the sleeping bag for the 12 days we were out there.

The bottom line is that if you are looking to get into backpacking in chillier climates then I would recommend the Casper as your first choice.

There are some good things about this bag, primarily its light weight, seems to be well constructed, and has a nice stuff sack.

I can only give it two stars however, because its +15 temp rating is a fantasy. The true rating in my opinion would be closer to +35.

Last January the forecast called for temps in the mid-teens, so I set up a tent in my back yard, and tested the Casper. I wore wool socks, poly long johns, merino wool top, and a knit hat. Also had a thermarest pad. The temp did drop to 16. By the middle of the night, I was so cold my teeth were chattering.

Safety was as close as the back door, so I stuck it out for the night. If I was in the field, I'm sure that I would have had to get up and stoke the fire.

Another bad feature, is that your body moisture is wicked away (a good thing), but the moisture is transported to the foot of the bag. The foot end of the bag is sopping wet in the morning. I lent the bag to a friend recently who said the same thing happend to him.

This is an incredible bag. I spent ages researching it and eventually decided on this one and it's awesome!!! Warmth is incredible and it backs down great for a synthetic since it comes with its own stuff sack. It has great features and I take it on all sorts of backpacking trips even if I'm staying in a hut and my down bag will do because its so warm and comfortable.

This is an amazing product. I don't know why anyone would pass this up. Good price, really light, and the size it packs up to is incredible. Warmth is astounding but I haven't gotten too low yet. Most places sell it for $80 but on Vermont's Barre Army Navy store online, it can be purchased for only $65. Don't look any further. This is the one. 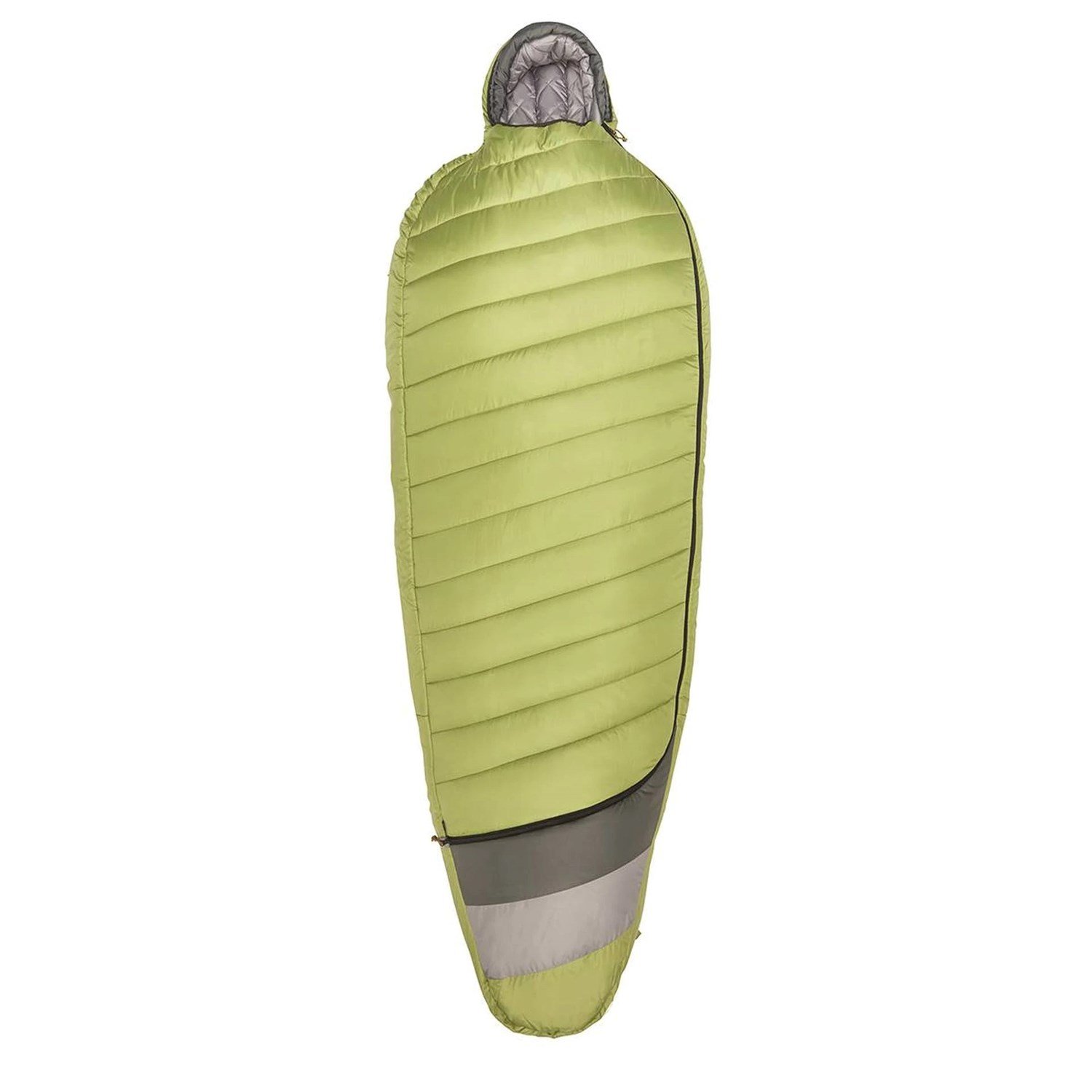