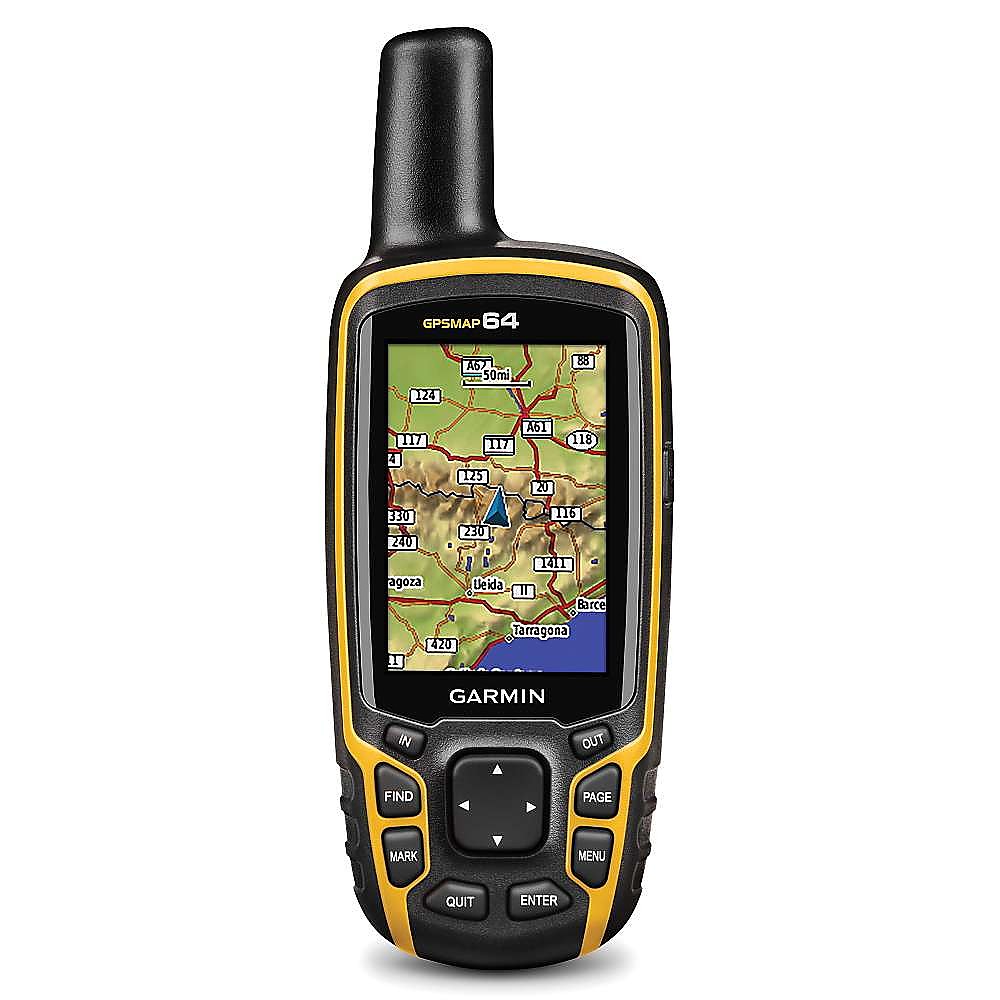 I've needed a GPS for a while after getting lost (because I didn't have a map — yeah I know — stupid).

But planning some major adventures coming up and don't ever want to be without map and GPS.

I like to know my progress and my map skills aren't 100% but I am pretty darn good.

My girlfriend got me this one for Xmas on Costco.com for $150. I told her that was a steal since it goes for $250 and if I don't like it I can always take it back.

It only came with a rinky dink (super thin) wrist strap (like the ones that come with digital cameras). The Garmin site sells carabiners and clips for ridiculous prices so I just fashioned my own strap through it and put my own carabiner for free.

I also bought a cheap Ozark Trail sunglasses case from Walmart in their camping section that has a swivel clip and velcro belt strap for like $3 and it just so happened to fit and match the exact colors of this unit so I now have a case that can attach to my pack straps or belt (like this but with yellow trim also).

Still getting the hang of using it, but so far so good. It always shows you where you are.

It doesn't work right out of the box. You have to purchase maps online and or subscribe to their new satellite maps. I think I'm going to chose the satellite maps since I always carry topo maps with me.

The only thing that irks me is the topo maps to download are by region. I'm from Southern California. I need to buy West Coast for here but Southwest for Arizona, Utah, Nevada, Colorado if I wants those areas which are so close, yet cost more.

That's why I'm going to subscribe to the satellite maps because there are unlimited downloads for a year. Just have to buy a micro SD card to save them.

Hello! There are some mistakes in your review. First, there's absolutely no need in purchasing the Garmin maps, unless you'rу travelling in really remote areas. You can use free OSM-based maps which are quite fine and well-detailed, especially in developed countries and populated areas. In some cases they are much more detailed than Garmin maps. Second, there is a way of alteration the unit firmware which enables you for using ANY raster map you like (including satellite photos). Google JNX file format.

I totally forgot about this review! Yes you are right it has GPS already out of the box but only shows roads. I should have been more specific. I assumed since we are on Trailspace we all knew I was talking about trail maps which are not already downloaded in the unit.

But after some Googling I found theres sites that offer all the free maps I could download so I did.

It worked brilliantly on my 40 mile section hike of the Grand canyon last April. We lost the trail a couple of times and was able to find it with the Garmin. It was also great at locating exactlt where we were on the map to track our progress.

No, I'm not talking about the pre-installed Basemap. You can download free maps based on OSM from many places in the Web: http://wiki.openstreetmap.org/wiki/OSM_Map_On_Garmin/Download