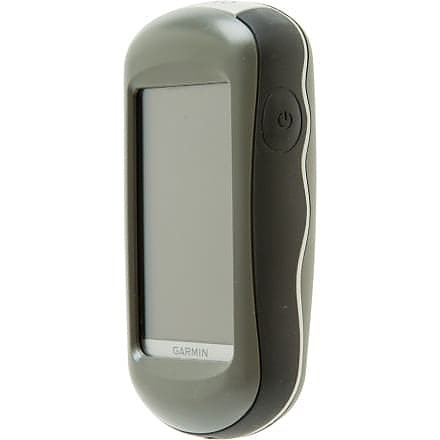 This is a great gps for geocaching, touchscreen is great, custom backgrounds, small and lightweight. Very easy to use, can't wait to get the thermometer attachment.

Seems very rugged. Comes with a handy carabiner for hooking onto any pack or belt loop.

The 450T feels comfortable in your hand. It's about the same size and weight as an Apple iPhone. There is only a power/lock/brightness button, all other commands are all done using the touch screen.

Power is supplied by 2 AA batteries (not included) but I'd recommend Li/Mh, as they do last longer. There is a battery menu you need to change depending on the battery type you put in the unit. I averaged less than 8 hours of battery life off a set of new Energizer batteries, which is why I recommend the Ni/Mh.

The microSD memory card (Also not included) has one disclaimer: The largest card the manual claims the unit will support is 4 gb. It fits into a slot beneath the battery, which in turn is covered by a waterproof hatch. Maps, geocaches, etc. can be loaded either directly into the 450T (A mini USB cable is included, nice touch), or into the microSD, which is useful. If you purchase the optional streetmap software (To turn the 450T into a car navigation GPS), be warned: You'll need a microSD card ($14 at WalMart) to perform the download, it won't fit in the base unit's memory, and Garmin neglected to tell that to us....

Another thing Garmin neglected was to write a decent manual. When you spend $500 on a new electronic device, it seems obvious that the company would create a new manual for it. Garmin, sadly, doesn't think that way. The manuals you do get are a quick start guide, which is basically how to install the batteries and power on the unit, and the "user guide" which covers almost *all* the Colorado line. Reading about features not included in this model is rather annoying. But, after all the 450T is nothing more than the Colorado 550T, minus the digital camera. Still I urge everyone to visit the Garmin support website and download a copy of the manual for yourself.

If you've never used a GPS before, a manual this sparse may frustrate you. If, however, you're familiar with basic GPS operation, then you probably won't need/use the manual anyway, except for reference.

Performance out of the box was decent, and the unit picked up 9 satellites in less than 15 minutes. I was also able to get a satellite lock from inside my house, which never happened with my older Garmin models. Once a position is set, the unit continues to track satellites for 3 days, even when powered off. That's great for saving battery power on the trail. I also liked the fact that the battery saver blanks the display screen. That's much nicer than my previous Garmin. My average position outdoors was fixed to within 11 feet. That's not as good as some other Garmin models, but this one has no external antenna, so I'm not complaining.

Sparse manual, touch screen may scratch, no storage case provided (Garmin sells that as an option), slightly difficult to see in full sun, Garmin map updates are expensive. Optional topo map upgrade ($100) shows more detail,24k, than the supplied 100k version. Considering the price of the 450T, they could have tossed that in for free. 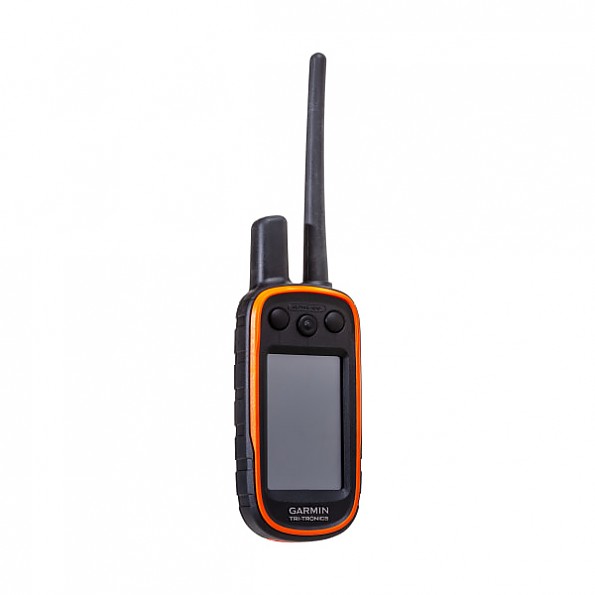