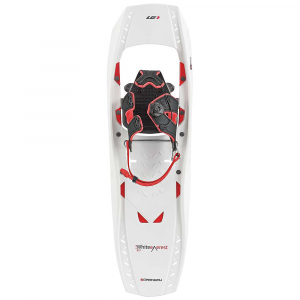 I call these the Subaru of Snowshoes. They are light, great traction, flotation, and ease of use because of the Boa system.

We have been snowshoeing for 20 years using various ones ranging from cheapos to Redfeathers to Atlas. We have three other pairs of older hypalon/aluminum tech. We have had these now for like four years when I saw them first advertised and found a deal on Amazon. She has the White and I have the Black. The white and black ones are identical except for color. I see they now have the Everest with new colors, no more white black.

We do around 25 to 35 miles a year with two-mile hikes out our front door and three to five milers in the Elkhorn wildlife management unit down the road and four or so in Yellowstone each year. We cross-country ski also so mix and match depending...

We never use our other snowshoes anymore and, in fact, I stumbled upon some discounted ones of these at like 38 bucks apiece once on Amazon in the summer and bought another pair for each of us in black (only available at that price). Our original pairs now have about a hundred or so miles on them and we mostly hike around home and in Yellowstone in the winter. We see lots of powder and the flotation is nice on them.

I'd likely lean to the longer ones for both women and men. They have a great aggressive carbon steel undercarriage backcountry effective and that makes them Subaru like. They are not heavy duty backcountry 75 lb. packing versions in like MSR Lightnings or Atlas so not truck like. But you could easily do an overnight in them and any day hike long or short. They weigh practically nothing but do clack around a bit vs older tech snowshoes but you don't notice it. I see Gaurneu has older nylon decked units to address that if it bothers you. I find I like the composite decking personally.

The Boa binding system is frankly amazing. Gaurneu was the first to put them on snowshoes about four years ago and I have noticed them showing up on most of the other brands in the last couple of years. There is a reason. They are now proven and there is nothing easier than the Boa system; step in, grab the little knob, push down and tighten, done, not going anywhere.

I have noticed some people say you can't adjust them exactly, but that's mostly bull. If you have a loose area (toe area mostly) just pop the tightening knob and move your foot around pull on the straps a bit and your are fine. I predict these bindings will dominate snowshoes over the next decade with perhaps only the most arduous backcountry versions having other types and even those could go this way.

These have held up very nicely. They are plastic/composite and so are dinged up around the edges but that only makes them worn and not as "pretty" anymore. I've stepped on them with the other in well below zero, no indication they were going to break, just scratches.

I know some people don't like to snowshoe and anecdotally, people don't like dealing with the bindings and weight awkwardness more than anything. I'm talking newbies here. If these or other Boa-binding based snowshoes were the first thing people used, there would be a lot more people that snowshoed. These are a great product. I see Gaurneu has other versions with less aggressive crampons and a nylon deck version.  You can't go wrong.

Bottom line is that if you are hardcore 20-mile hikers who stay overnight and climb straight up in harsh environments, I'd go Atlas or MSR, but I'd do the Boa bindings now that they have them. For virtually any other type of snowshoeing, I'd go with these and actually the less aggressive crampon versions. These will go anywhere except for rock crawling with a pack. 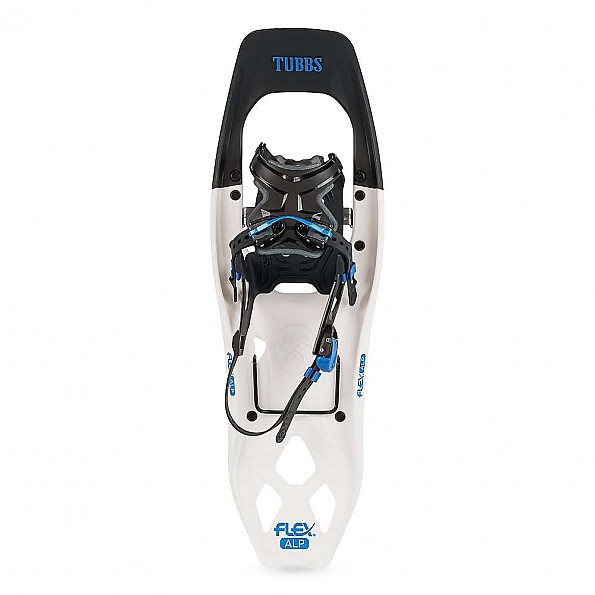