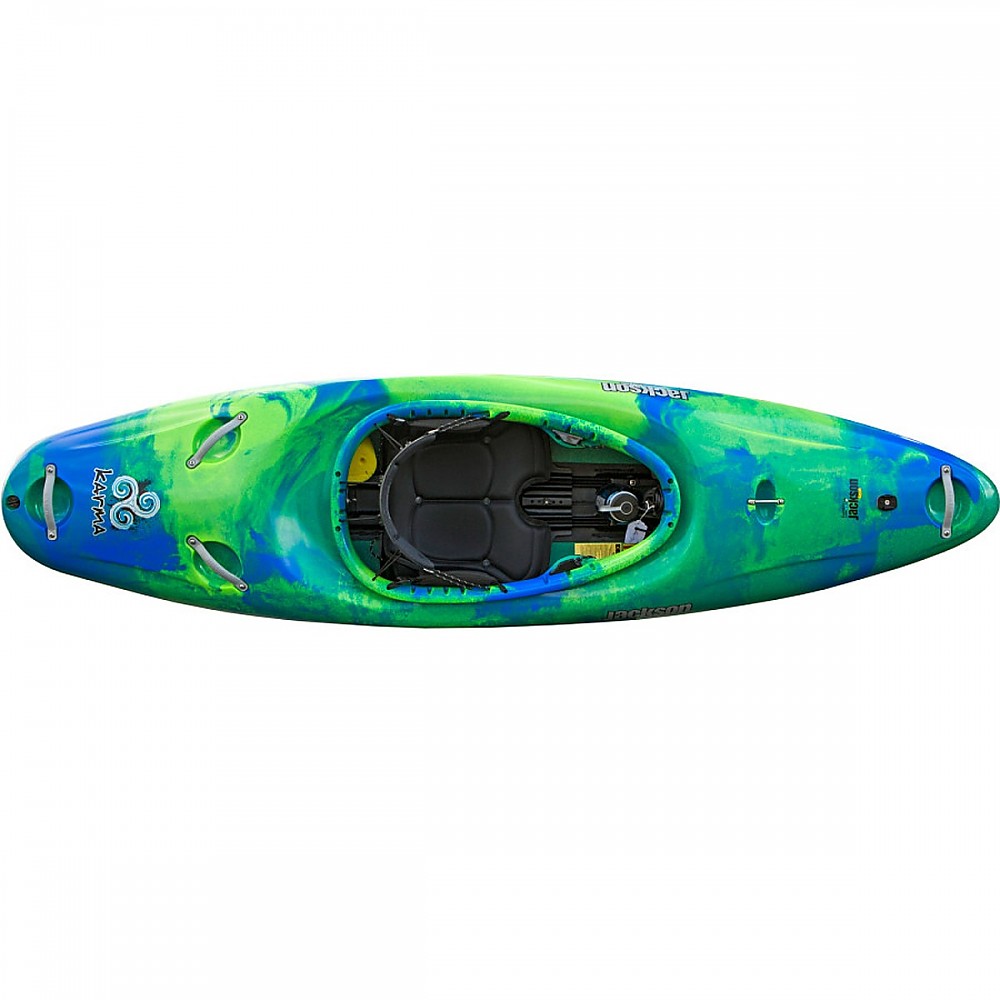 Responsive and adaptable kayak that is good at many things, great at fewer.

This kayak was purchased to for use on whitewater trips, flatwater exploration, and ocean surf. That already says a lot about the boat. The Karma RG is fast in a current and tracks well in flat water even while allowing much greater maneuverability than non-WW kayaks of similar length.

Although the Karma RG could be called a crossover, it lives with the LL Stinger XP in separate tier. Not only does the Karma outpace models like the Dagger Katana, Remix XP, etc., it will outperform those models in more demanding conditions.

In flat and moderate currents the Karma happily cruises up and downstream without effort. With a whitewater pedigree, this boat is more responsive to body movements than touring kayaks and the previously mentioned crossover segment. That's a feature, but if you are not going to use this boat for its intended —whitewater and ocean surf—it would not be a great choice.

The bow tends to bury when pressed hard against current, and even with its skeg down the Karma will not always track without corrective strokes. Happily, the Karma's hull allows easy adjustments and the boat will gladly spin 360° in place.

In whitewater the Karma RG is fast and responsive, as expected for a WW race boat. Again, the Karma is different than most models of crossover kayaks. For one thing, there is much less initial stability. And again, that's a feature: once heeled over the Karma provides stable carving for peel ins and outs. But it's the speed that is notable here because it allows the Karma to bash through tricky spots. At nearly 12' I do tend to catch the stern on river objects like branches and rocks.

I have not had the chance to use the Karma RG in the surf so I can't comment on that. There are plenty of reviews out there.

Outfitting is plentiful and almost excessive. The forward bulkead, seat back, and skeg are adjusted by cord and cleat. I sometimes have trouble getting the bulkhead into a comfortable position, but its not a deal killer. The seat and braces are comfortable enough for long paddles. The skeg is a little wobbly, but I'm not convinced that this has affected anything. Grab handles rear of the cockpit are useful, too. One complaint I have is that I cannot lean onto to rear deck very easily, but this may just be a matter of finding the right seat back tension.

The rear hatch is a touch small for long trips since it limits cargo to <9" wide bags, but you can't have everything, I suppose. Meanwhile there is an abundance of deck rigging available for holding your junk--though I'm not a big fan of deck rigging in whitewater, and I'm not sure I'll keep all of it. The bow is fitted with a gopro mount and large decal which, IMO, is unnecessary and gimmicky.

Overall I am content with the Karma RG. I would prefer to have a dedicated, smaller river runner for weekend WW but the Karma is still good. Leaving aside ocean use, this boat would most excel at longer river trips of almost any class. There are not many kayaks suitable for class IV+ while tracking quickly in the flats and hauling a week's gear and food. The Stinger XP is to my knowledge the only real competitor. The Karma won that debate, for me, because I could not find a Stinger to sit in before purchase.

Final note: at 6'3" I don't always fit well in kayaks. Not an issue with the Karma RG.

Great review, Ox3! Welcome to Trailspace and thanks for sharing it. I'd love to see some pics of your kayak if you're willing to show it off in your review. 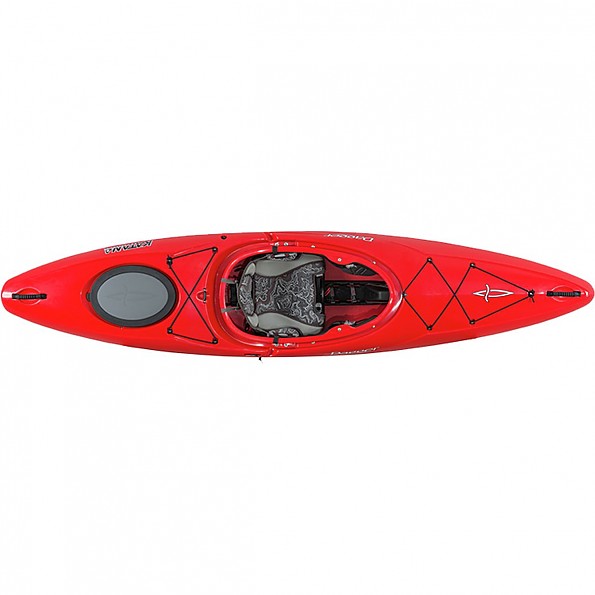 Trailspace's community of gear reviewers has field-tested and rated the top whitewater kayaks. 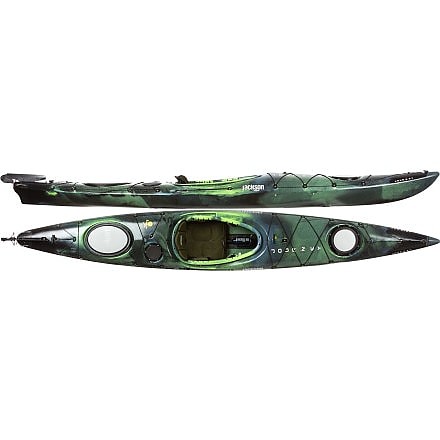