I know most folks wouldn't go backpacking with a knife this large — the blade itself is 7" long, the overall length is nearly a foot, and sans sheath it weighs over 11 ounces. That's just plain overkill, if not the badge of a neophyte backpacker who has watched too much Bear Grylls. It also seems to rage against the idea of LNT with the massive blade's implied threat of skinning countless deer and razing entire forests for shelter and fire. I am aware of this.

I am also aware that most backpackers never leave the trail, eat freeze dried bag food and energy bars, and the only thing they cut is moleskin, and any knife at all — even the tiniest Swiss Army Knife — would go unused. The sight of it also tends to scare some.

The Ka-Bar is also designed as a combat and utility knife not expressly for "woodcraft" which would make it less than ideal (for those who have watched Bear Grylls AND read "Lofty" Wiseman), than the slightly shorter, usually more exotic-steeled, flatter-spined variety of knives that seem to be preferred for that purpose.  I also realize that I have an extra fondness for the thing because it has USMC stamped on it.

All those caveats aside...I love my Ka-Bar!

I have banged on it, pried with it, and hacked with it, and it has withstood everything (though I have seen those knife destruction videos where excessive "batoning" caused tang to snap sooner than other knives). The steel takes an edge easily (meaning I can sharpen it in the field easily), and -- though it is not "stainless" — does not rust readily, though care should be taken (wipe it after use, store it dry, oil it occasionally, etc...).  And, as I mentioned, the sight of it also tends to scare some.  Which can be fun.

The original leather sheath is pretty, but not the most functional because it requires that you carry it on your (very sturdy) belt (which prevents you from wearing your pack's waist belt properly) or in your pack, and the blade fits loosely in the sheath requiring the retaining strap to be snapped shut at all times.

I replaced it with Ka-Bar's plastic (sometimes called Kydex) sheath, which keeps the blade in firmly, and has loads of mounting options — including the upside-down-on-the-shoulder-strap tactical mount for ready deployment!  You know, in case Charlie attacks you in Yosemite.

I mock it, but you know you'll see me wearing it like that.

The Best Knives and Tools

Trailspace's community of gear reviewers has field-tested and rated the top knives and tools. 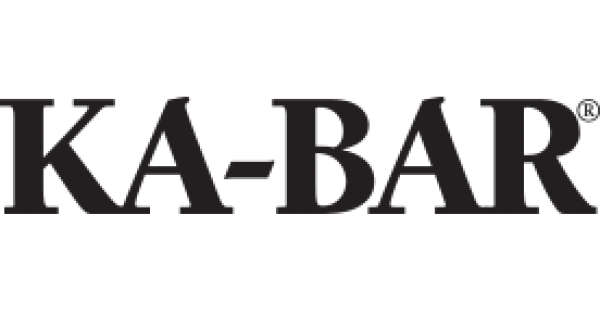