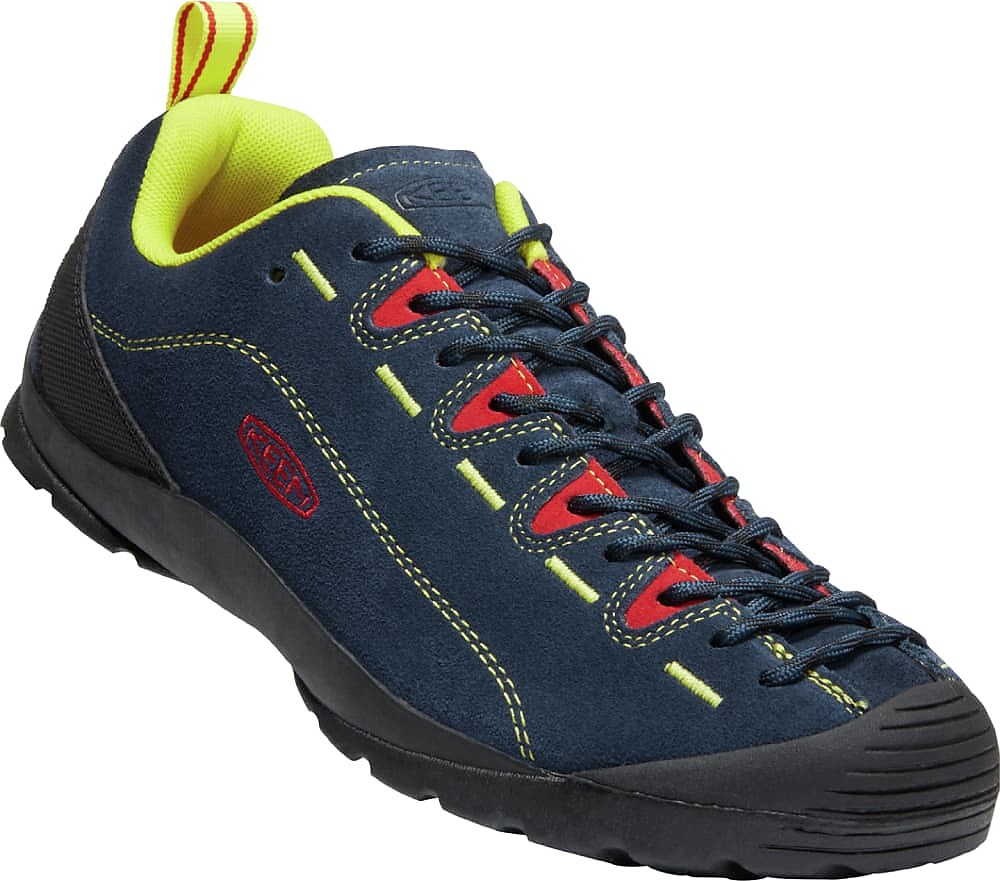 Despite being marketed as a 'trail shoe', the sole is so thin and soft that it doesn't withstand even casual wear. After less than six months of very occasional wear, the sole wore right through at the heel. When I contacted Keen in Japan where I bought them, they gave me the impression that attempting to 'walk' in Jasper shoes was a form of misuse. Perhaps they should be marketed as bedroom slippers for use only on soft pile carpet.

I bought a pair of Jasper shoes in Japan where I live. I bought them in April as casual shoes for wearing around town. I wore them very occasionally during the spring and was surprised at how quickly the tread wore off. I then put them away during the summer when I wore sandals from another maker. Come autumn, I started wearing the Jaspers again on an occasional basis. Very soon however, the sole wore through completely and a largish tear developed in the heel of one shoe, revealing the thin cork insole. Of course the holed sole let in water when the streets were wet.

Having got less than six months of very occasional and light wear from these expensive shoes, I felt quite aggrieved. I contacted the outdoor shop where I bought them. Their first question was "Did you walk a long way in them?". This is a very strange question for an outdoor shop to be asking about shoes. They told me that Jaspers aren't meant for walking in. When I protested that I had hardly walked anywhere in them, they took them off me and sent them to Keen in Japan.

After a very long time, Keen in Japan called me and again asked if I had "walked" in them. They then told me that they were "climbing shoes, not walking shoes" which is patent nonsense. They offered to attempt to stick some rubber on the bottoms, at my expense, with no guarantee that they would even be usable again. Despite the fact that the Keen international website declares that their products are warrantied for a year, Keen Japan said there is no warranty.

I had them send me the shoes back, and contacted Keen in the U.S. After much delay, they offered me a code that could be used on their website to replace my shoes, although without acknowledging that the design of the shoe itself was the problem. However, the catch was that the code only was valid in the U.S. Since I bought the shoes in Japan, they recommended that I contact Keen in Japan...

So we went a full and unsatisfactory circle. In the back and forth with Keen in the U.S., they suggested that I 'recycle' my worn and useless shoes. When I asked them how this is done, of course they had no answer. This is a transparent and disgraceful 'social responsibility' pose. Instead of talking about impossible recycling, Keen should make shoes that deliver a reasonably long service life. 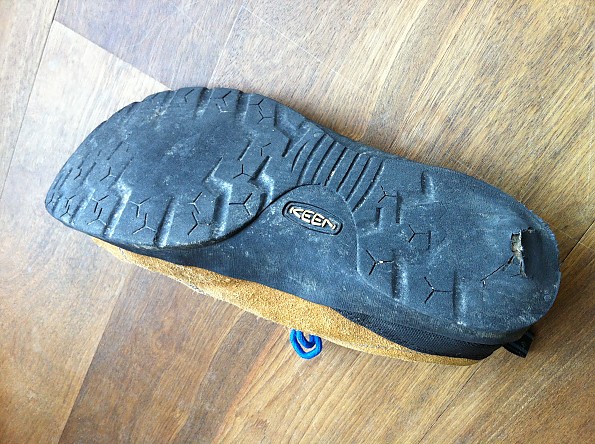 Sole worn through after less than six months of wear 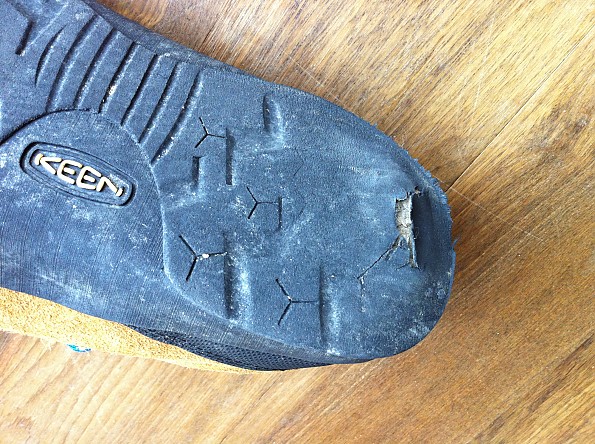 Sole torn at the heel 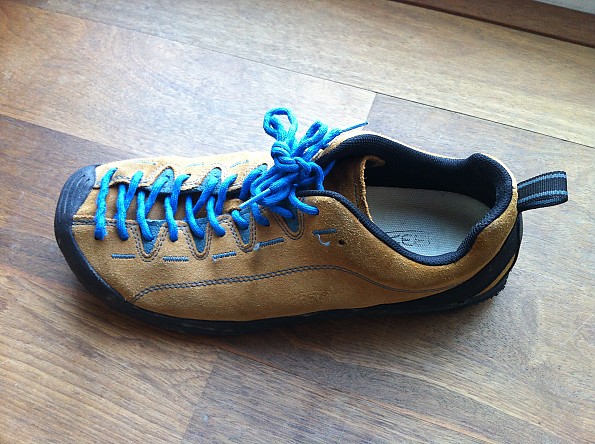 As a casual shoe, it is a winner. Very comfortable. Looks good with jeans. Excellent.

As a trail shoe, it is probably lacking... It's a bit soft and squishy. Doesn't offer much lateral support.

I love wearing these to work and around town. They're great for that. I wouldn't wear them for any serious trail work though.