The Cyclone 2 has been discontinued. If you're looking for something new, check out the best 3-4 season convertible tents for 2020.

I bought this tent from a second hand outdoors store in Bozeman, Montana. I've used it on several climbing trips. I've set this thing up in the rain by myself and it stayed dry on the inside. The rain fly is pretty bomb proof. There is plenty of space inside too for two 6 foot people, and a 35 lb dog. I've yet to take it on any backcountry trips for a lengthy period, but am looking forward to it.

On one of the poles the end peg which connects to the grommet on the tent came out, but looks like an easy fix. Its on the heavier side for typical backpacking tents, but the bomb proof factor seems to take it.

I don't really understand the convertible part of the tent, or the plastic clips on the outside of the rain fly. Anyone ?

The first time I ever set it up was by the glow of the moon. It was so easy that by the time my friend finished what she was doing and offered to help me, I was putting our sleeping bags in. I've since camped in this tent in numerous places from Ontario as far east as St. John's, Newfoundland. I've been in two crazy thunder and lightning storms, and have had temperatures range from 4C to 30C. I've never gotten wet from the outside and the ventilation is good enough to keep you dry inside as well. At 7-8 lbs it's a little heavier than most backpacking tents, but splitting the load between two campers takes care of that problem. There is a ton of space for two people and gear (when including the 2 massive vestibules). I would definitely recommend this tent and I am looking forward to testing it out this winter.

Back in January 2001, my Dad and I went to Labrador for our winter vacation. We packed the Kelty Cyclone 2 Convertible as our tent of choice for use on our hiking/backpacking expeditions. When we reached our final destination, we divided the campsite tasks and I drew for tent set-up. We had purchased this tent specifically for this trek and it was only my second time setting it up. I was very impressed at how quickly and effortlessly I was able to erect the tent. The three-pole design was sturdy enough to fight off the winds and the tent fabric stayed supple and crack-resistant, even at -40C. Very spacious inside and lots of vestibule room for gear storage. The only drawback that I have experienced so far was in the pole removal. It is fairly common with dome tents to experience this, that if you aren't diligent in removing the sectional poles, they have a tendency to separate inside the sleeve. This usually isn't a problem, but at the extreme temperatures we were dealing with, removing your gloves to back the poles out section by section is not an easy task. I have since learned how to remove the poles without this pesky side effect. Overall, even though it is a bit heavier than the typical backpacking tent, I certainly wouldn't hesitate recommending this tent to anyone for any purpose or season.

This is an excellent tent. I spent a night with a group of Scouts next to a highway. Not only did we deal with 40+mph winds but there was the occasional 18 wheeler. The Eureka Apexes took a battering from the wind, I slept like a baby. I have used this tent in the N Georgia mountains (ice on tent) and the pouring rain. The two vestibules are fantastic, we use on for storage and the other for entry.

In fact the only drawback I have found is that it is a bit hard to get out of the tent fly when the fly is wet, without getting a bit damp. But once you get used to the necessary gyrations you can do it in style. I would highly recommend this tent to anyone for four seasons. Just remember with all the room you have, you have a rather large footprint. But when you are waiting out a pouring rainstorm, it is worth it. 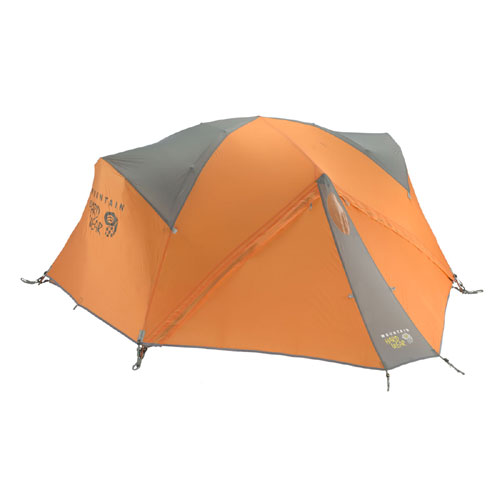 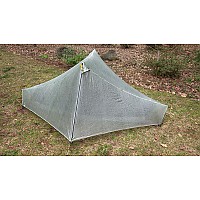