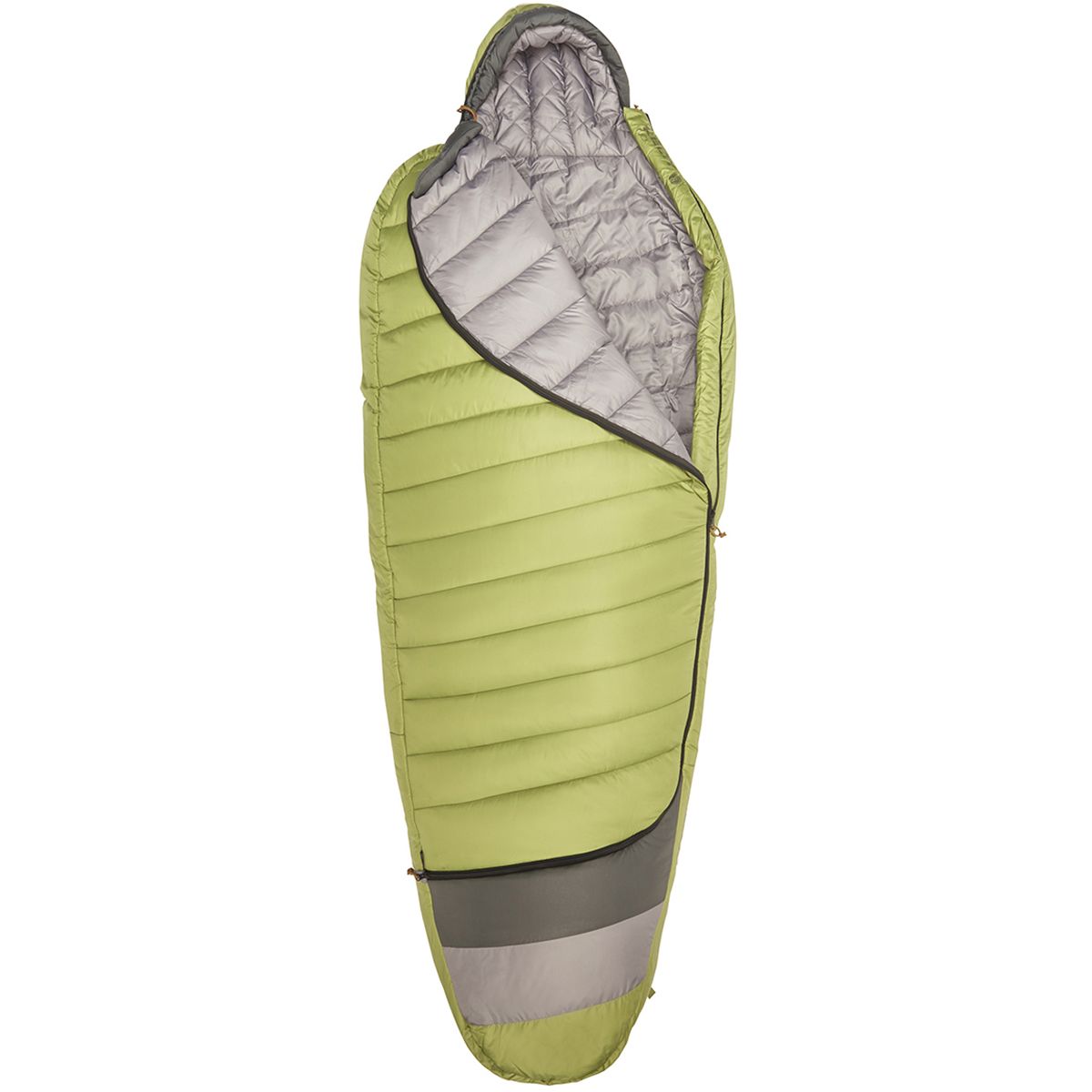 I paid $89 for the Kelty Tuck. At that price, I really wasn't expecting much. I do most of my camping in North Carolina, though, so even though I was spending two weeks in the Sangre de Cristo mountains of New Mexico, I really couldn't justify spending $200 for a 20-degree bag. So I bought cheap and prepared to suffer.

So, first thing, the EN temperature rating is pretty accurate. On one night, the temperature was in the 30s, and it was raining so everything was damp, and I was maybe a little cool. I was wearing a pair of shorts and a wicking t-shirt. Every other night, to be honest, I was too warm. All the other guys on my trip, except the guy with the $300 bag, complained about being cold. He and I complained of being too warm. But I had him beat by $210.

One of the features I really liked about the bag was that the zipper crosses the top of the toe box, which meant that on those warmer nights, I could unzip the bottom and let both my feet breathe. Most sleeping bags allow you to get one leg cold while the other still sweats in the fold of the bag. My tent mate got sick of hearing how much I liked having both feet hanging out, but it kept my feet in backpacking shape!

Speaking of the toe box, it is surprisingly roomy. No matter what I did, there always seemed to be more room to move my feet around. That was not true across the shoulders, however. I'm not an especially big guy, and the Tuck was close around the shoulders. Not too tight, but if you're a person who likes to swing your arms around and roll over in your bag, this one might not work for you.

Another feature of the design is the hood, which is narrow and squared off so that the top and the sides stand up at all times. This definitely helped on the cooler nights, but on the warmer ones, it actually got in the way and kept things a little warmer than I'd like. I'm definitely going to reach for this one for all my winter camping trips, but in my North Carolina climate, I'll think twice before using this even as late as December.

Another feature Kelty touted was the phone/MP3 player pocket, but I found it to be a tight squeeze getting my Samsung phone in that pocket. Maybe iPhone folks will like it, but I just kept my phone in the tent gear loft.

The only real downside for me was that the Tuck just doesn't pack very small. Based on another purchaser's recommendation, I bought the Kelty medium compression bag, but using it only got me another inch in the length. That was enough that I could stuff the bag sideways into my internal frame pack, but only just. That's what my buddy got for his $210: about 6" more space in his pack. Is that a worthwhile tradeoff? He says yes, I say no. So I guess we each got the right sleeping bag.

Overall, I was pleasantly surprised: the bag was warm, comfortable, and full-featured. The zipper ran smoothly without a snag, and I slept well night after night in a wide variety of conditions. Those with broad shoulders will want to be careful, though, and if pack size is your bugaboo, this is not your bag. If you want quality for not much money, though, I don't think you can beat the Tuck.

Sounds like you got a lot of bang for your buck, Scoutmaster Jon. Thanks for sharing your review. Got any pictures of your Tuck to share?

I go over the dimensions and material in my video review which you can find here:

However if you're sleeping in hotter zones or times of the year I'd recommend just sleeping in a lightweight bag liner to save you space and a bit of weight, because this is somewhat bulky. It comes with a stuff sack, but I'd recommend getting a different one with cinch straps to compress it down even further while backpacking.

One of the main reasons I really like this sleeping bag is because it's the most versatile bag I own that accommodates the typical temperatures I backpack/sleep in. Don't let the bulky part scare you too much, because I still consider it within the acceptable size level for backpacking, and I do have the Long version since I'm 6'4". The juice was definitely worth the squeeze.

I've owned this sleeping bag for about three years now, usually taking 4-5 multi-day trips with it per year. I've used it in a tent coupled with a sleeping pad, as well as in a hammock setup, where on one of the experiences I packed the wrong tarp (too small), got rained, on but survived the night (in about low mid 30 degree weather).

Welcome to Trailspace and thanks for the helpful review, Nick!

Great bag at a great price.

The Tuck is listed as a 22 degree bag, not a 20. Has a zipper about six inches from the end of the bag—with the zipper open, you can have your feet out of and on top of the bag.

Hi John, I hope you'll update us on how the Tuck performs once you've had the chance to use it in the field. 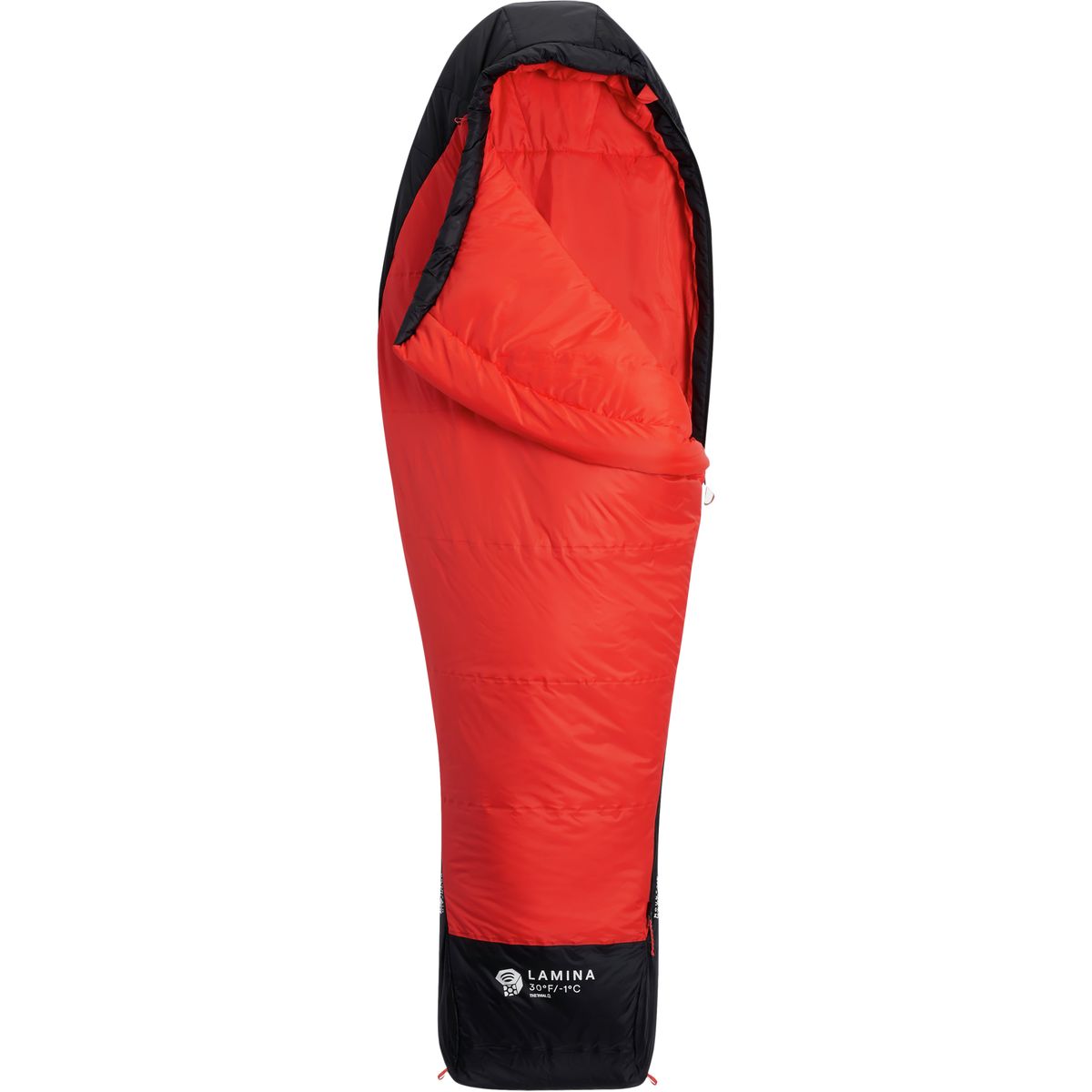