The Blur has been discontinued. If you're looking for something new, check out the best folding knives for 2020.

I purchased the Kershaw Blur after losing my last pocket knife which was a Kershaw Chive. I got the black Blur with no serrations. I wanted a strong knife that would hold an edge and was longer than the Chive, but still legal to carry.

I'm one of those guys who has a knife whenever he has his pants on. I use it for daily life, cut twine on hay bales, dig out splingers and occaisionally when I need to check to see if my steak is cooked enough on the grill.

I've had, or still have, knives mady by Cold Steel, Gerber, Buck, Shrade, SOG, Spyderco and CRKT just to name a few other than Kershaw. Some were too hard making them hard to sharpen and others were too soft causing them to lose their edge too quickly.

It is difficult to say which knife is the "best" I've owned, but I would put the Blur up in the top 5 in the folding knife catagory. 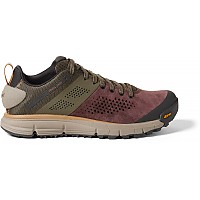