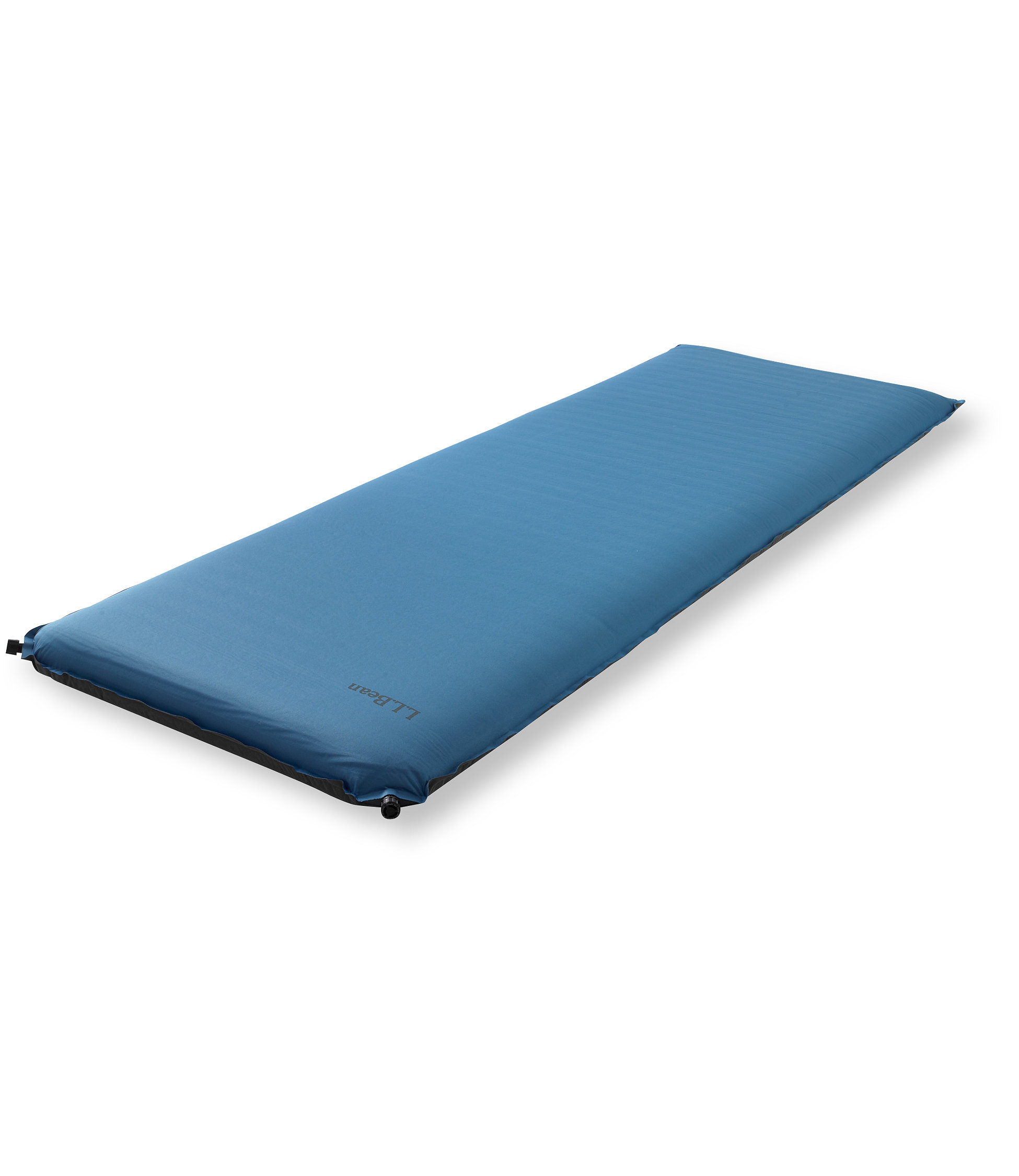 We live in the southwestern United States and do a lot of car camping/long day hikes year round in National Parks and Forests. This is a downright luxurious pad from my 6'4" 225 lb. bony backpacker perspective. Crusty Grand Canyon North Rim Labor Day weekend campground surface became a non-issue.

Generous 25 inch width so rolling off is very difficult. Every position comfortable. Plenty warm against the ground. The U2 song becomes a reality. Sleep comes like a drug in God's country.

This design has two plastic valves. Their open/close action is not intuitive. Guess work/worry that I hadn't closed them correctly. Inordinately high effort to open them.

More annoyingly, the stuff sack is not large enough for this thing. It created a delay breaking camp. My wife and I have a system where she breaks down the bedrolls while I prep the vehicle outside and dismantle the tent from the outside, getting on the road by dawn. System broke down because she couldn't get the thing in its stuff sack. She has a lot of experience. This shouldn't happen.

Just barely squeezed enough air after the second attempt to roll the sack over the mattress condom style.To drive the point home, even after losing 6,000 feet of altitude that would make any other air mattress shrivel into jerky this thing was still a wrestling match to extract from its stuff sack. The fabrics do not slide against one another, like a pack towel against your skin. Stitches securing the handle in the end of the sack hyper-extended.

Held back one star for these issues. Durability updates to come.

Thanks for the review, revcounter. Do you use this pad only for car camping, or do you ever carry it backpacking?

The Best Sleeping Bags and Pads

Our community of gear reviewers has field-tested and rated the top sleeping bags and pads available.