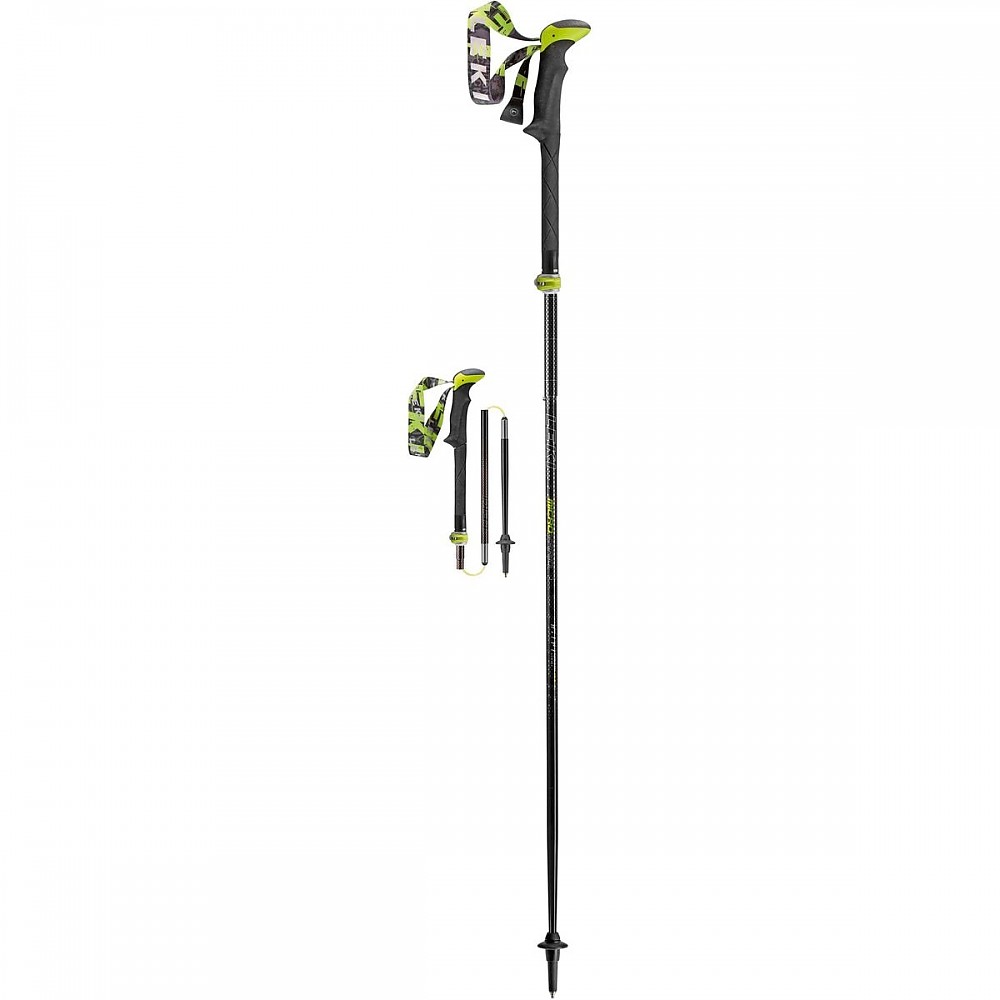 SOBO on the AT right now, just waiting for a gear exchange to get going again. In the meantime, I'd like to share input with folks as to the gear and how it's holding up. I started in ME and am now in PA and I must say, these poles are great. I won't go into the benefits of hiking with poles, as you probably already know since you're reading this.

I have hiked many miles alongside many other trekking poles and I must say, these poles are far superior, even to the other Lekis. I really like the ability to "break" them in half and strap to my bag during water crossings that have a rope to hang onto. This is really nice as I don't have to disturb my height settings. This is beneficial as it makes getting going again faster, but also less wear and tear on the "speed lock" since it need not be disturbed.

I was hiking with a fellow who had Leki Cristallos and not only did he bend his poles multiple times, but the lower "speed lock" mechanism failed. I mean that the plastic housing unit of the device itself actually came unglued from the metal portion of the pole, requiring duct tape to repair it. Fortunately for him, another pair of the same poles had failed in a similar fashion and he was able to harvest parts from a hiker box at the first hostel.

Anyway, back to the Micro Varios...  the handgrips are wonderful. Very comfortable and the extra foam going further down the pole is handy when a lower grip (like when ascending a steep hill) is preferred. The rounded "aergon" grip is quite nice to palm when descending as well.

The poles break down into four sections and just the design of them apparently make them stronger. I have put A LOT of stress on these poles and they have not bent ONCE. The strap design is cool too, although I don't really use them that much due to the varying terrain. However, when they are used, they are quite comfortable and can reduce hand/forearm fatigue immensely. Personally, I prefer the "free workout."

Breaking the poles down is incredibly easy, just as assembling them is. For the OCD crowd, you may not like that when they are broken down (either in half or completely), the tips will touch the handles. I don't really care, but some may.

The other drawback is hiking in the rain. The foam grips hold onto the water and after a few hours (5+) my hands get "pruney." I think I would prefer rubber grips, but I may not. I thought i wanted poles with two locking mechanisms initially as well, turns out I don't.

As far as the traction is concerned, I have not been disappointed. There were times in Maine especially where I don't know how I would have descended without them. I have grown quite attached to them. For those familiar, I used them during 95% of my descent of Katahdin and did not put them away AT ALL thru Mahoosuc Notch.  I may be much different than the majority, but I was not racing and got thru the notch in 1hr 8 min. with a 42lb pack.  Maybe that's irrelevant, just trying to give an idea how much I use these poles.

EXTREMELY thankful I did NOT go with the carbon pair, as I imagine I would have gone thru at least two pairs in Maine alone due to all the scratching from the rocks.

Excellent poles and am so thankful I have this specific model. Way to go, Leki on these poles.

Trailspace's community of gear reviewers has field-tested and rated the top trekking poles.