Top 25 in Plates and Bowls 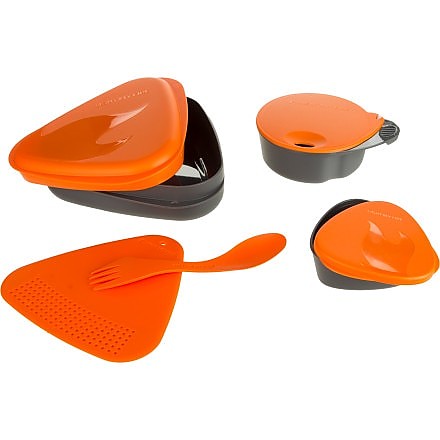 It'll hold enough 'wares' for two people per meal—bowl, cup, two plates. It's not excessively heavy, though it's no feather either. Ours didn't include the rubber lid retainer, so the lid comes off very easily.

Ease of use: Easy to clean, plenty of capacity for your average camp meal, and easy to repack. There really is a lot of usefulness in a fairly compact package. The cup is nice, though we never use it. The bowl is also handy for oatmeal as well as coffee.

We've replaced carrying the spork with titanium, longer ones by another brand, mostly because we've switched to camp-specific foods (Mountain House, etc.) and need to stir the entire bag.

Features: Everything nests very simply. For a time we also packed a JetBoil spatula, fork, and spoon inside this cookset and never had fitment problems. Shortly after we bought ours they included a rubber lid retainer. That is one of my two complaints with the product: unless something holds the package together, the lid will come off. I've never had it separate in my pack, but certainly have had trouble getting it packed away in one piece. My other complaint is that it's a terrible shape to pack. In a world of soft cylinders (tent, clothes, etc.) a hard, squat triangle just doesn't fit very well. It really should be packed (for us) under all the other gear, but most often ends up on top of the pack.

Durability: We've used it for a year or two with no problems. The plastic is hard, but not brittle. Don't use metal and it probably will never scratch inside, keeping cleanup simple.

Conditions: We mostly 2-day hike and have done so with this product a dozen or more times over the past year- enough to know what I do and don't like about it.

Bottom line: If you cook meals like Uncle Ben's rice, oatmeal, or anything that doesn't include a cook-in bag, this is very useful. It has plenty of cookware in a fairly small (though hard to pack) package. For backpacking foods which have a cook-in bag, leave it at home and save some weight and space.

I love my Meal Kit. It has all I need and is easy to grab and go. The harness makes it easy to hang on my pack via the clip for easy and quick access. I really like that the cup has a "sip" lid so that I can wander around camp without worrying about spilling. 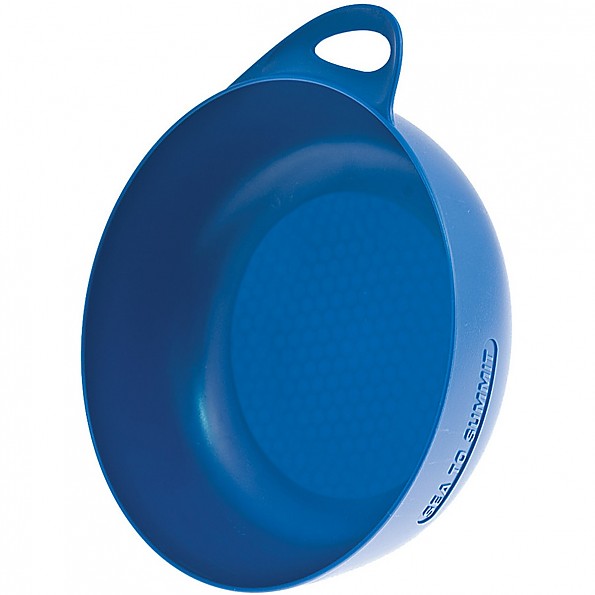 The Best Plates and Bowls

Trailspace's community of gear reviewers has field-tested and rated the top plates and bowls.