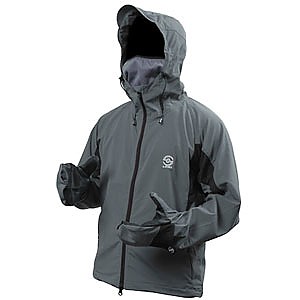 At the time I purchased the Lore jacket, I knew nobody who wore Loki and had only heard two comments of "Yeah, they're really nice" and a comment of how "top-of-the-line" they were. I got a killer deal on a Lore jacket and went for it.

I started xc skiing in it right away and was blown away by its performance. I knew that theoretically, the attached facemask and single-heat-system mitts were no gimmick but I had no idea how effective they were. I first started skiing with inserts and gloves, but interior Alaska temps at the time were -15F and my hands became cold. I took a chance, removed my shell gloves, and flipped down the mitts. With my hand sensitivity much better than they were in the shell gloves, I figured I would be numb in no time. Instead, I found my hands to be a perfect temperature, the same temp as my body! With facemask up, my eyes didn't get iced and the mask didn't either. The moisture was moving right out of the system and collecting on the hood. I kept seeing water dropping off the brim as I skied.

The jacket is not the lightest I've worn but I'm certainly not calling it heavy. The fabric breathes well and cinches down where I want it to. This is my first choice for xc skiing, by far!

A consumer must try on a Loki jacket before purchasing because of the arm length. I normally wear large products but my arms are longer, so I had to buy an extra-large. That makes the waist a little lower than I would like but, in the end, I have no heart burn. Maybe Loki models can be sized L-R (large, regular arms) and L-L (large, long arms).

I don't have a need for a new jacket but I will certainly consider Loki in the future. They are made for the snow! 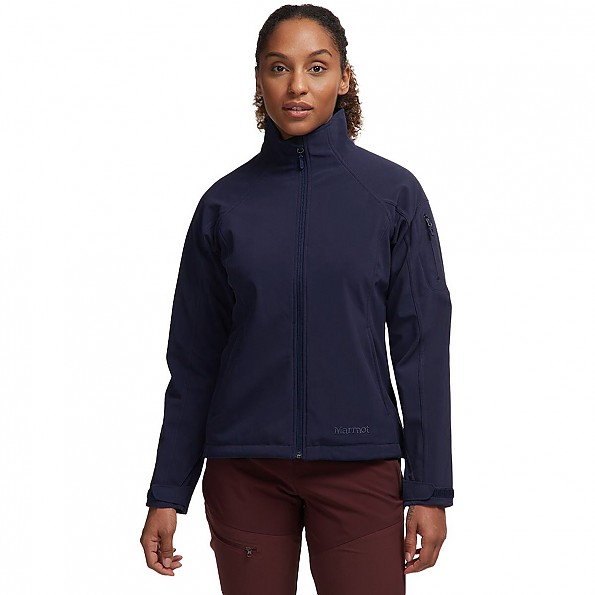 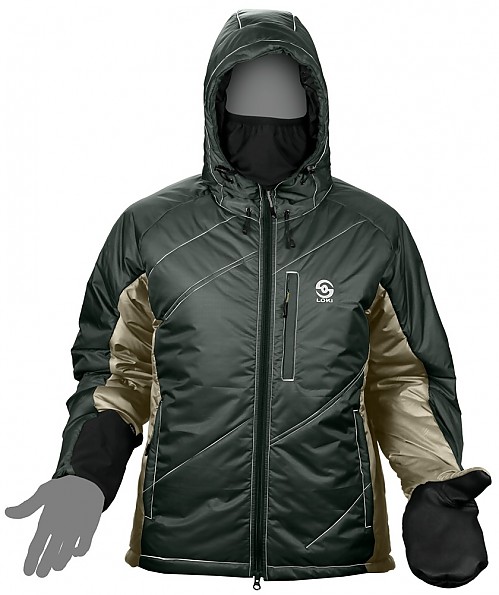