The Men's Scout has been discontinued. If you're looking for something new, check out the best backpacking boots for 2020. 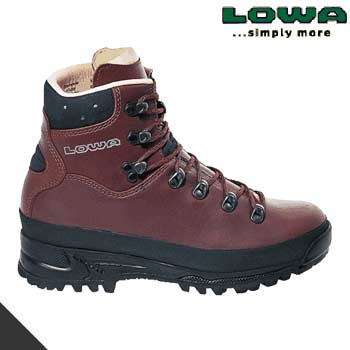 I love these boots. They were my first pair of backpacking boots and they did take a few weeks of light walking to break in. They are rugged and I love the glove leather lining. The more I wore them, the more custom fitted they became. The traction was great as was the rigidity of the sole.

I tried other boots for the heck of it and still came back to the Lowas. The Lowa Banff is a comfy boot as well (but I think it is made a little cheaper in quality). The Lowa Kibo is nice too, but the sole is not as sturdy as the Scout and Banff. I have also tried Tecnica Straus (nice boot), Chacos Beckwith (nice boot), Merrell Ridge (not nice), Scarpa Deltas (ok boot but not great). Still the Lowas are the best for quality, comfort and stability.

Price is high (if you don't get a sale), but I guess you get what you pay for. I'll stick with the Lowas

I will NEVER buy another pair of LOWA boots as long as I live. I purchased a set of LOWA Scout all leather boots 2 years ago and after 6 months the stitching started coming out. At two years everything is falling apart and the sole is falling off of them. I paid over $200.00 for these boots and I haven't even wore them on any hiking trips. I bought them for wearing to work and general everyday use, which is not anywhere near as hard as using them for trail use. I expected these boots to last at LEAST 5 years, but thought they would last around 7 years. What a joke. They look like I have ABUSED them, but such is not the case. Before I bought these boots (My first, and now my LAST pair of Lowa boots) I wore Matterhorn boots made by H.H. Brown/Cove Shoes. Those boots could be ABUSED and they would still last 7 years! I am going back to wearing Matterhorns and tossing these piece of shit Lowas in the trash bin.

Plus - this boot is very supportive and i can hike all day and not even feel it in my feet. good traction in most situations. wicks moisture well. incredible drying ability. i got them soaked, dumped it out, changed my socks and my feet didnt get wet. the boot was still damp inside, but your feet would never know it. i was amazed. very waterproof.

negetives - boot is hard to break in. i didnt get any blisters though so i shouldnt complain. after break in the toe box area slowely started to shrink. i tried everything to stretch them. if they did stretch back they would shrink in my closet over a couple weeks. i can only wear them with light socks now.

conclusion - i am finally giving up on these boots for anything but summer hikes where i can wear light socks. i am buying a pair of vasques for winter duty. if you buy a pair of these buy them a half size big and they should be outstanding.