The Vertex GTX has been discontinued. If you're looking for something new, check out the best backpacking boots for 2023. 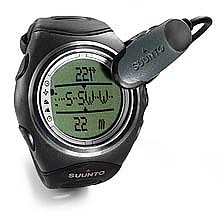 Comfortable boot, little break-in period required. I tend to roll my ankles easily and so was attracted to the extra ankle support provided by the plastic ankle "cuffs."

However, contrary to what another reviewer claimed, these do squeak. They squeak with every single step and every single movement. I thought the squeak would go away over time, but after wearing these for over a hundred miles, it's still there.

The boots are comfortable enough that I deal with the squeak, however, I know it has been loud enough to annoy some hiking partners.

One other review notes that a plastic eyelet ripped off. I could see how this could happen as they can get caught with the support plastic on the other boot as they pass when walking.

Squeaking, come on, there is no way for fan belt squeaking to come out of a hiking boot of this construction. If you bite on this one you've had little experience on the internet.

Shows dirt. Looks like someone would kill me for them. I've had to apologize in advance to my conservative boot owner friends.

Good boot. Very waterproof. My last Lowas would leak to my sock if I spilled water when I was drinking in them. These have survived the foot in the stream test.

It's a good boot, if you can get over the "silver-ness" in them.

I bought a pair of these last summer for a hike around Shasta. They squeaked. I don't mean they made a little noise, I mean I sounded like I threw a fan belt. They were otherwise comfortable, but I would recommend them only to the deaf.

I initially noticed these boots when I saw they received awards from both Backpacker and Outside magazine. Since I was heading out to hike the JMT, I was in the market for new boots as the ones I had had given me a lot of blister problems. It took me a while to get over their funky apperance, but once I was over it, they proved to be very lightweight and supportive. There was almost no break-in period, and I didn't get any blisters on my heels which I normally had a problem with.

From Yosemite Valley to the top of Mt. Whitney, I only had two very small blisters mainly because my socks had bunched up. Despite being a big guy (6'2", 240) and carrying a big pack (60 lbs) my feet and ankles held up amazingly well over the duration of our 230-mile trip.

The one problem I had was that one of the plastic lacing eyelets ripped off. I was able to return them to REI for a new pair. Considering this happened at the end of my trip, and many people replace their boots after 200 miles, it wasn't that much of an issue.

The bottom line is that after about 300 miles and six weeks on the trail this past summer, I love these boots!