The Contour Runner 30 has been discontinued. If you're looking for something new, check out the best daypacks for 2020. 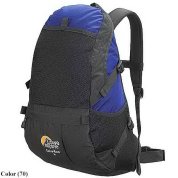 I have been using this pack for several years for commuting by train and by bicycle. The side mesh pockets actually hold a metal coffee container while I'm walking, without spilling. when riding, a sweat rah in one and a water bottle in the other.

The main inside pocket easily holds a few books and a full change of clothes for a bike commute. It sits nicely against my back - causes a little sweating but not terrible. the foam back support is comfortable and stable. With the shoulder pads cinched a bit tight, and the waist strap, loose but "close" it stays in place well. The inside flat pocket holds several cigars with breaking them, too! While my biking preference is always to have nothing on my back, when I ride a no-rack bike, the runner does nicely.

When it wears out, I will probably buy another.

I've owned this backpack since 1996 - nearly 13 years - and I still use it all the time. I'm guessing the 30 refers to liters and that's roughly 1800 cu. inches. You can stuff it pretty good but the top is contoured (hence the name) - so nothing too thick and uncompressible against the top zipper.

The zippers and material have held up well to normal use. I don't use it on a daily basis stuffed with heavy hardcover textbooks - mostly for day hiking trails in the NW. Early on I did use it nearly every day though.

The little piece of velco that held the external mesh pocket closed on top wore out a long time ago but that's expected with age. It didn't really do much anyways. The front pocket doesn't expand out so when the pack is really stuffed don't put anything too fragile in it.

The two side water bottle holders have been used many times without failure or lost beverage - and work when the pack is stuffed. The waistbelt is not padded - but being a daypack I rarely use that unless it's stuffed full of heavy camera gear, and then it does help take the weight to my hips. Sternum strap is standard for a daypack.

Main straps are fairly comfy but I'm not the type to put 25lbs in a daypack. There are points to tie/clip stuff to on the fronts. Side compression straps work well when the pack is stuffed with clothes etc.

I've had many a daypack over the years from most major brands and they all have failed way before this one. It's not for people who like to stuff 3000 cu. inches of gear into less than 2000 cu. inches of space - I will agree on that point. But it's built to last.

The 5 square inches this pack affords just don't cut it!

The pack is shaped at a slant which procludes it from carrying anything square or large for that matter. I wouldn't be so disappointed if the pack were designed better to be a running pack versus a day pack. The diagonal compression strap is attached to a fancy wing-a-ling extension of the pack and won't let it compress very small.

The back is very flat and tends to ride up and down when on the move. The shoulder straps are very long, vertically, wich allows this to happen. The hip belt is placed nicely at my crotch level (sarcastically stated).

I gave this pack away. No more Lowe Alpine packs for me.

The "air mesh" which is contoured to "fold away" from your back when you have the pack on, is a great idea. However, as a rucksack, not much support when you are carrying a heavy, but compact load.

I've had it for over 4 years, and it is still going strong (ripped a small hole in the external large mech pocket putting it into lockers, but very surprisingly the hole has not enlarged at all, tribute to Lowe's quality workmanship).

Four years and counting!!!! an extremely comfortable pack. I've been using it every single day for urban commuting, it's also had its share of some pretty hard-core treks, from being loaded up and bounced off trees tangled in vines and snagged in twigs and branches. My Lowe Alpine has also survived two summer tours with the Dead, and she's seen her share of Lalapoolooza's, Horde tours, and further festivals. I know some of you are aware of the strain one can inflict on one self while on tour.

Again great pack, keep on pumpin out that rugged gear and i'll always display the "Lowe." 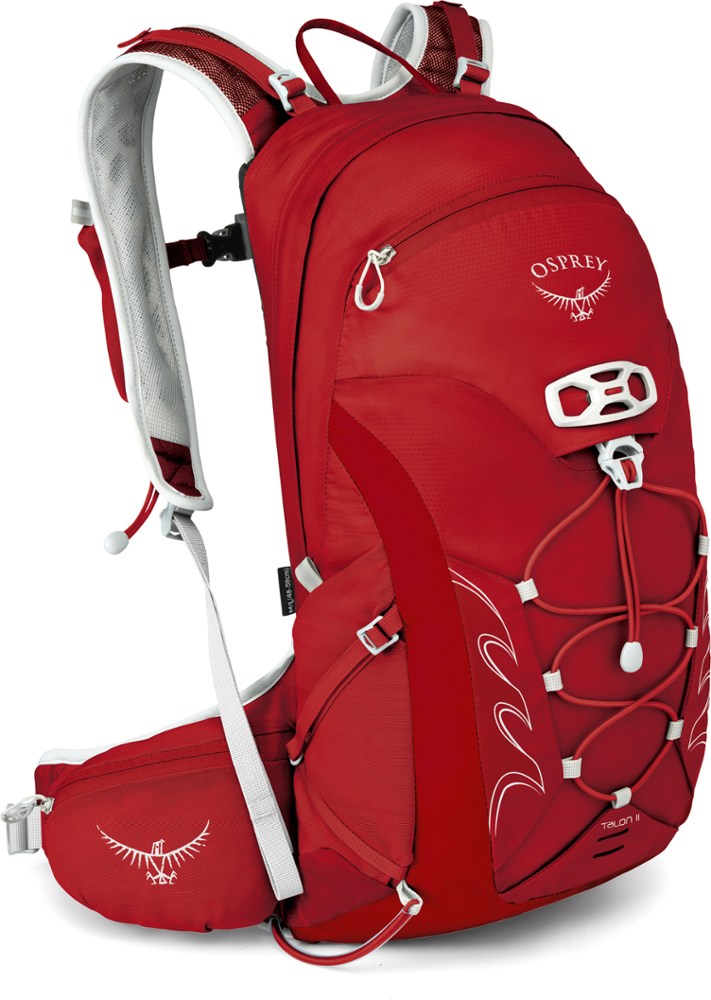