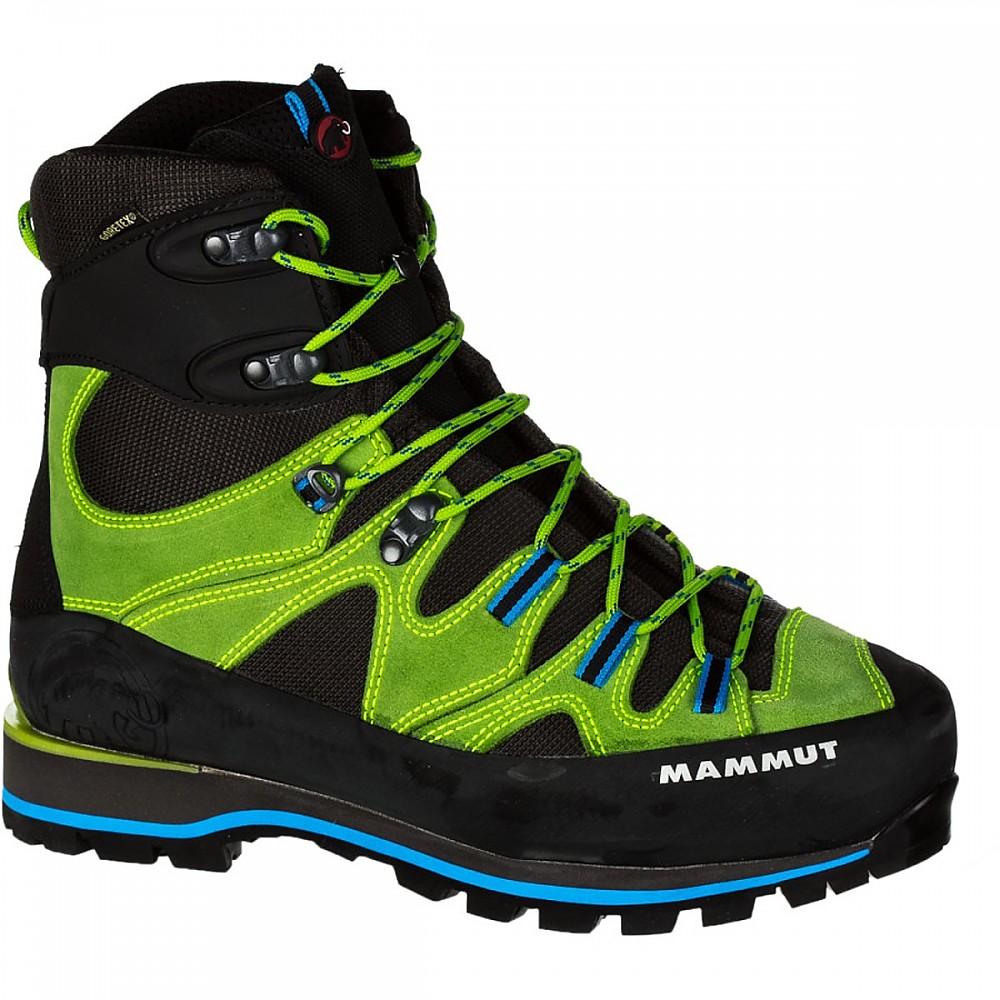 Light, precise Goretex and leather boot for hillwalking, scrambling, and crampon use in easy summer alpine or Scottish winter. My right boot began to leak noticeably though. Returned for refund. Initially awarded 5* — amended to 2*.

I bought these as replacements for a venerable pair of Meindl Nepal Pros as my "do-everything" boot for hillwalking in Ireland, Scottish winter walks, and moderate snow/ice/mixed climbing. They will take strap-on or hybrid (toe basket and clip heel) crampons.

I was initially considering the newer Meindl Himalaya and tried these on as a alternative, as Mammut have a reputation for a narrow fit at the ankle, which I need. The fit and comfort were noticable, as was the markedly lighter weight compared to my old boots. Despite their stiff sole, the pronounced rocker in the sole gives a very easy, natural stride when walking.

Other than removing the stock insoles and putting in my Black Superfeet, I wore these straight out of the box on what ended up as a 22km hike, which may not have been the best approach to breaking the boots in!

Apart from a little playing around with the lacing en-route to lock down my heels and eliminate an annoying rubbing by the left ankle cuff, I had no issues with comfort on their maiden voyage, albeit the terrain was reasonably gentle (mainly boggy tracks and rough mountain paths). No blisters or hot spots at all, which was great.

The sole had good grip on wet and greasy rock and  the boots felt very nimble when climbing or descending rocky sections.

Looking forward now to giving them an outing on more testing terrain, but the omens are good.

As a fabric and leather hybrid boot I doubt they will last as long as my old Meindls though. They also would not be warm enough for winter alpine or high altitude.

Although these boots continued to be very comfortable, the right boot began leaking badly during the first year. Returned to Mammut and was refunded (this model was out of production) :-(