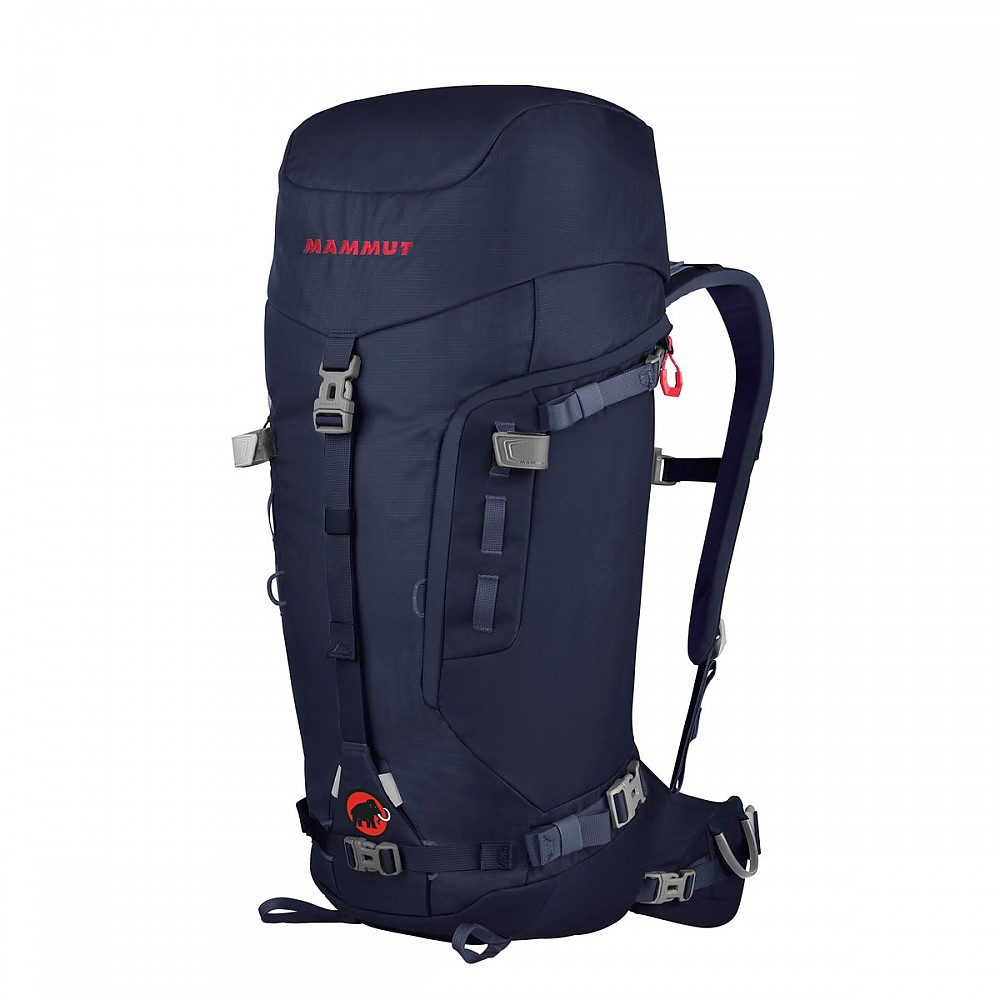 I bought this pack specifically to use for ski mountaineering, although I'm hoping it will be good for some hiking in the summer as well. In the store, I was specifically looking for a pack of about 40 liters, with a good ski carry system and a 'wet' pocket to separate out skins, shovel and probe.

I chose the Mammut Trea because it had all of those features, and in addition had a nice back panel that fit well. I've now used it for two months, and I'm pretty satisfied. I'll go over all the features on the pack in detail:

The Mammut Trea has one large main compartment that can be accessed from the top and from a zipper on one side of the pack. I usually put my water bottle in the zipper side so I can access it without taking the pack off. There is a set up for a water bladder inside, but I don't trust water bladders at -20°C so I haven't really used it yet. The pack would definitely benefit from some sort of outside water bottle carry system. The bottom of the pack is reenforced with thick material, which is a nice touch although it adds to the weight.

The lid pocket is spacious, almost too much so, and has an under pocket for things you don't have to access very often.

On the front is what Mammut calls a crampon pocket. Personally I have a bag for my crampons and would rather have my shovel and skins more accessible in the front pocket. This pocket is a little small; I have a large shovel (a Voilé), and I can only keep the blade, my probe and my skins in this pocket. I usually strap my shovel shaft to one of the ice ax holders.

Attaching stuff to the outside of the pack:

The ski carry system is excellent, with a large loop on the bottom and two clip attachments higher up attaching the ski well. There are two ice ax holders, and a sleeve to tuck the ice ax head into. The pack comes with an attachment to put a rope under the lid in such a way that you can access the rest of the pack without taking off the rope, as well as some straps to strap stuff to the outside or elongate the lid. Behind the lid is a panel of fabric and straps that can be lengthened to make a lot of space on top of the pack. On the hip belt there are loops for gear.

The so-called Motion X Butterfly back is super comfy, and curves nicely around the back. The hip belt is just the right balance between enough support and over padded. (Although note that I tend to like less padded hip belts than some women).

I really like this pack, and would recommend it to women looking for a good ski mountaineering pack. I sometimes wished it cinched down better when I'm carrying it 'empty' — although most of the time I do fill it up. I also wish it had a system for placing a water bottle outside the pack, and maybe a way to attach your helmet to the outside so it doesn't take up so much space inside the pack. 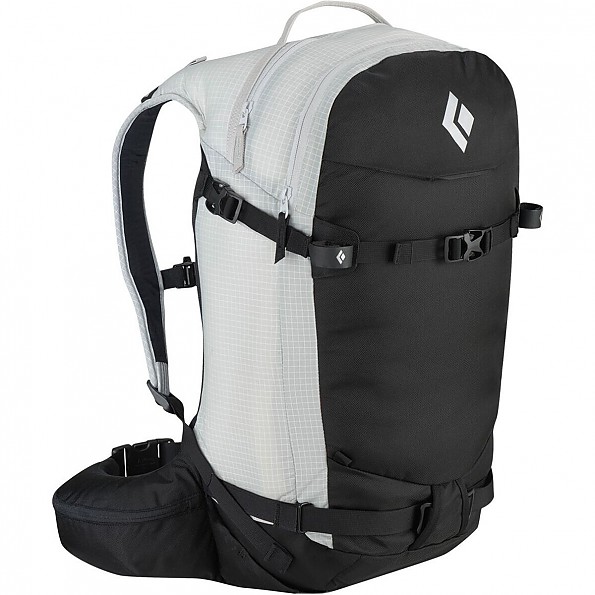