The 3L Bib has been discontinued. If you're looking for something new, check out the best waterproof pants for 2022.

I love my Marmot gear, but until a few weeks ago I never had the chance to put it to the test. Now everyone talks about how their Gore-Tex shells keep them dry in the rain, snow, sleet...whatever. Well, this example is the bombproof quality of Marmot gear.

I was ice climbing along the cliffs nearby on a nice sheet (so I thought) that my partner and I happened to come across. Well, the weather hasn't been extremely cold prior to this climb, and it was freezing rain out as we got to the base of it. So as I started up the climb I put my hood up over my helmet because cold rain was running down my neck. Anyways, about 25 feet up and two ice screws later I could hear the thud of hollow ice. Well, I decided to place my picks gingerly until I could get back to some well bonded ice.

I started to put in another ice screw when CRASH...the section I was on gave way and I fell behind the ice sheet into a freezing waterfall. Luckily I somehow wound up upright with both my axes still in my hands. From where I was at I couldnt get back on the ice, so my belayer had to lower me down to where I could get my crampons in the ice. This entire time freezing water is pouring down on me.

Well, 10 minutes later I'm out of that death trap and down climbing as fast as I can without busting through the ice again. After I got on the ground and the adrenaline rush started wearing off, I realized that I wasn't wet at all. Not a single drop, except for what poured down my face when I fell in. Now that is trustworthy gear. From now on, I will always wear Marmot stuff when Mother Nature is looking to put me six feet under.

ps. I originally did my ice climbing with a TNF Mountain Light getup, but it started leaking at the seams. It seems like quantity over quality with their stuff now. 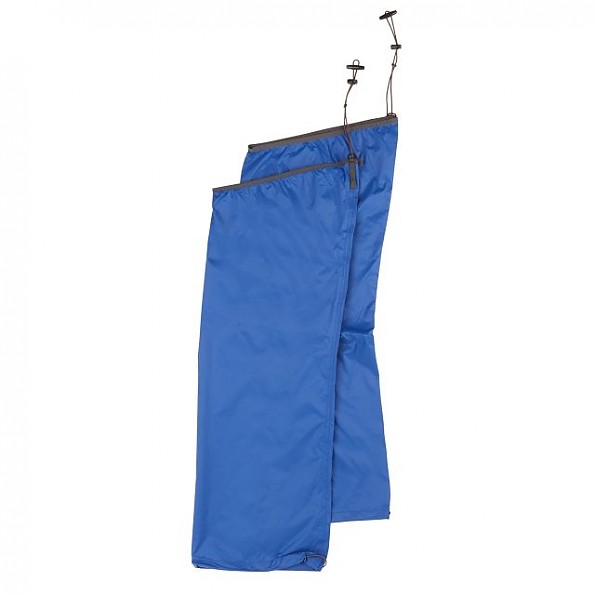 Trailspace's community of gear reviewers has field-tested and rated the top waterproof pants.