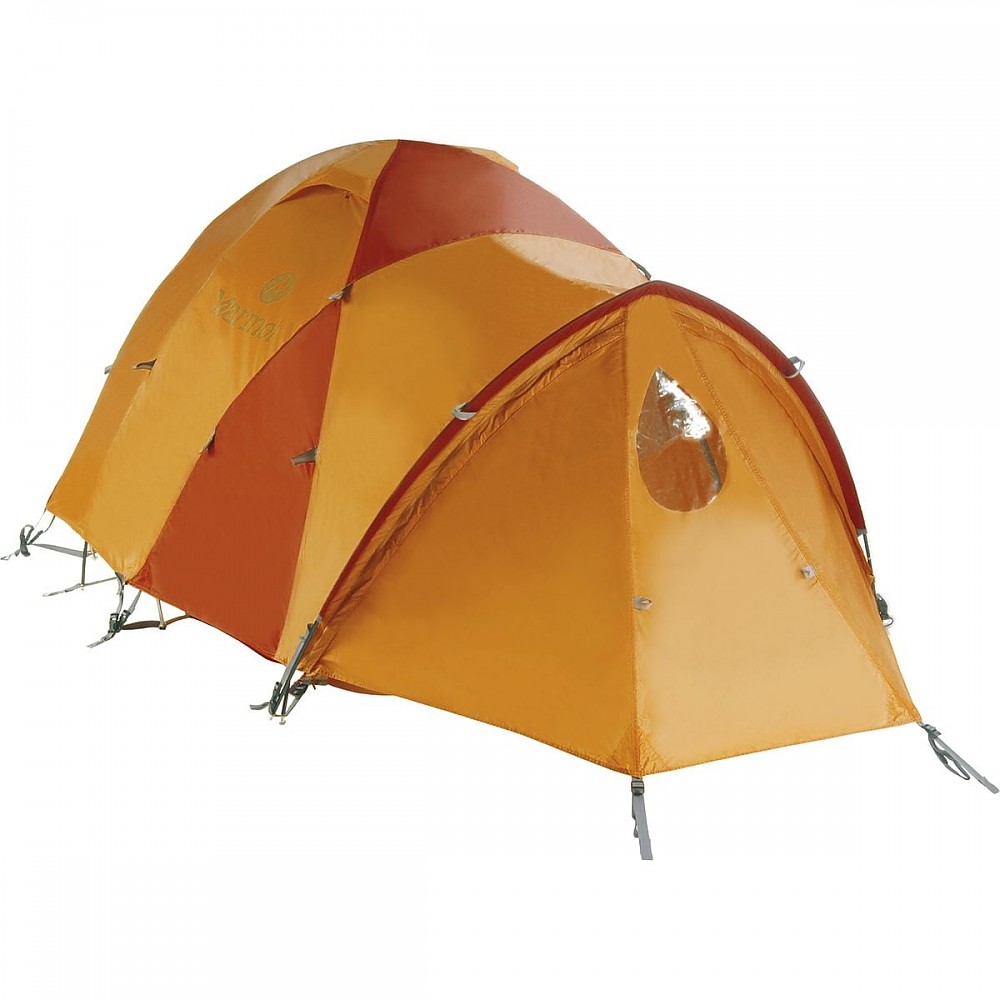 Two months ago I bought Thor 3P and last weekend we finally took it with us outdoors. On the very first night (and because of the incident the only night) wind broke three poles and dramatically contorted the rest.

We assembled the tent with the entrance directed toward the wind, stretched it to the some degree, and added 8 guy lines fixed with MSR Blizzard Stakes and ice axes assuming possibility of wind conditions to be changed. At the morning the wind strengthened to 20 meters per second. In a ten minutes it broke one of the lateral poles and vestibule pole. Bit later, while we were packing, the third pole went broken.

I assumed it was obvious warranty case, but not. Marmot responded literally "Weather damage generally is not covered under warranty".

My bottom line is—Thor might be considered as comfortable for countryside camping (extremely overpriced), but in any case not for serious weather conditions or for mountaineering. 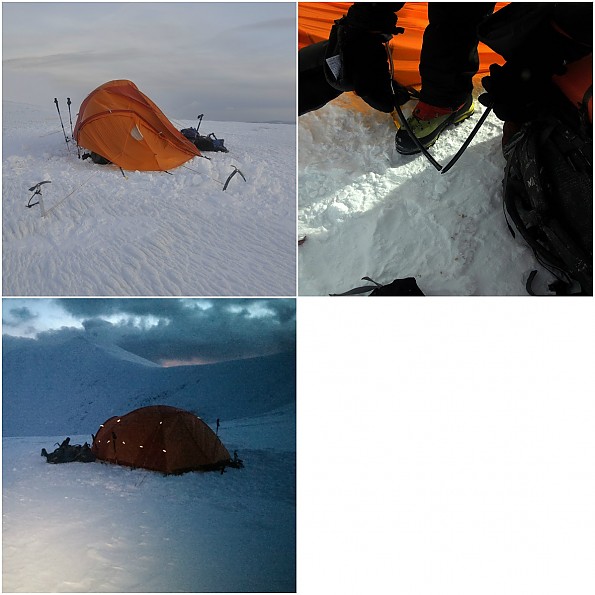 The Marmot Thor 3P is one of the best four-season, expedition tents you can buy. If you're looking to do some serious winter camping then you should definitely consider purchasing this tent.

Ever since I first took my Marmot Thor 3P tent up into the Alaska backcountry I have loved its solid quality design and construction. It sets up in minutes to protect you from the wind and cold. If you have the time to attach guidelines and anchors then the Marmot Thor can turn into an impenetranable shelter in the harshest blizzard conditions.

It packs up nicely and weighs in at around 9 lbs. Although you could cram three adults in the tent under austere conditions, it comfortably houses two adults with some additional gear.

I've had my tent for three years and it still looks like new and is just as reliable as they day I bought it. There are a lot of great four-season tents out there, but for me this is the last mountaineering tent I will ever buy.

The tent is lovely. We used it 100 day/nights. One trip to Burning Man at about the 40-night mark caused the fly to very significantly degrade. Marmot refused to make good on a warranty claim for repair. Nice tent. Crappy warranty support.

Good luck setting this up in the dark until you are well practiced.

Lots of room for two people.

A heavy tent for backpacking. Great for car camping.

Durability: Fly degraded after 40 nights. Sent it back after 100 nights and Marmot did nothing to make it right.