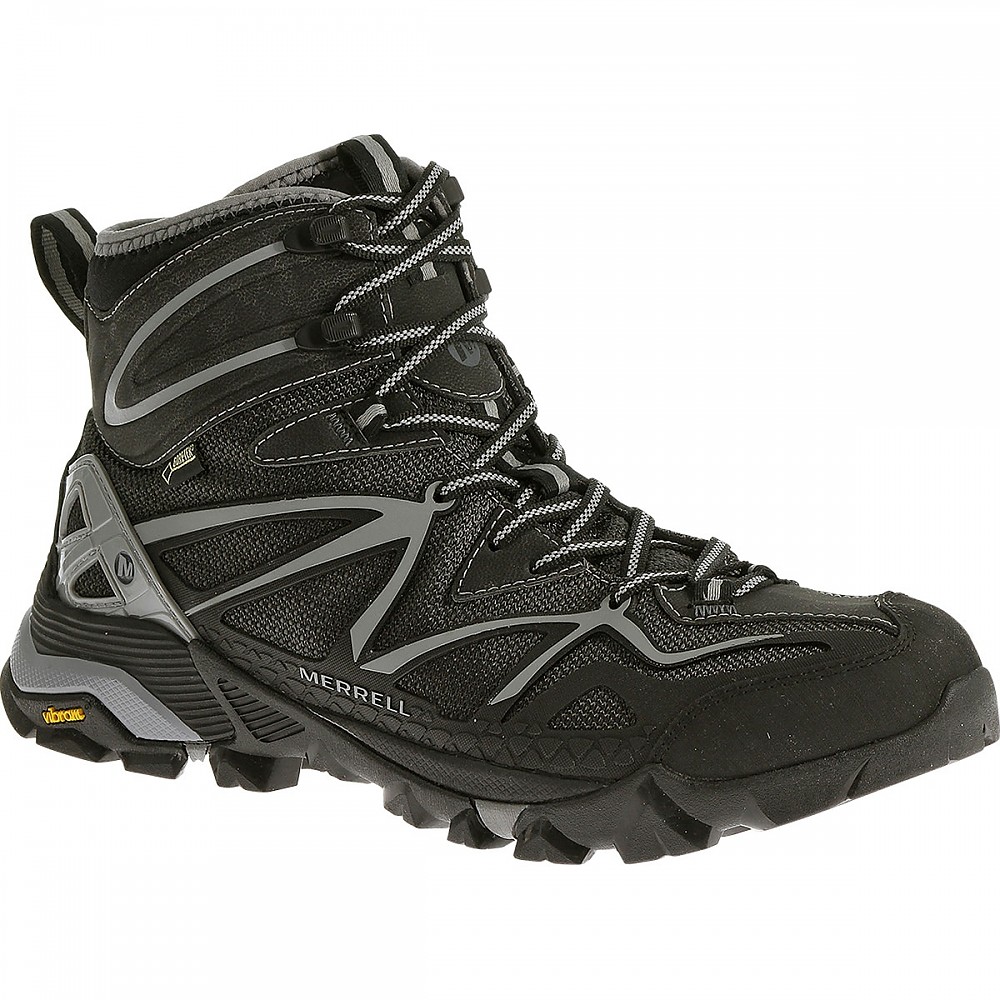 Strong marketing, and really solid look doesn't save this boot from failing to live up to its intended purpose.

Footwear disclaimer: My foot is not your foot, my activities are not yours, and my preferences aren't either. These are simply my thoughts and what works for me, and by no means suggests this is a bad product. It just doesn't work in my area (Canadian Rockies).

So this shoe has been getting a bit of hype, and it's been making some waves. I have only run it through a little test, and I really can't say I've been all that impressed.

This is the single lightest boot I have ever worn. It's super light, it feels like a running shoe. And you can actually see some strong resemblances to Merrell's minimalist trail shoes in this regard. The heel is really low for hiking shoe, which normally are situated higher than the toes. They are rather nifty in this way, and if you like barefoot runners, then these are a great boot to carry on that tradition with more ankle support. They ankle is really quite tight, ideal for keep scree stones and water out, and for taking some pressure of heavy packs off the foot.

The sole is interesting in that it is designed to resemble the cloven hooves of a mountain goat. This is really just a fancy way of making Vibram climbing zone shoe, similar to nearly every other approach shoe on the market, but at least it's more striking. And it does work well. I tried it on a climbing wall on some small edges and I can definitely say that it would actually make a great shoe on easy, 5.5 multipitches, or scrambles (that don't have loose rock).

But these same strengths sink the boot. It's way way too flimsy for the "lightweight speed hiker is made for the ultimate adrenalized climbs and scrambles" described by Merrell. No question these would be excellent for moving fast, but in rolling talus and screes feels these shoes would collapse. Literally. The whole shoe can be easily folded in half with one hand. You can wring the shoe around. Torsional rigidity is key to protecting your ankles in rough terrain.

To me this makes the shoe nearly unusable as the loose Canadian Rockies scrambles are 90% scree and talus, and these boots would be a liability for all but the most fit, attentive, and athletic hikers. I can't help but feel like Merrell tried to follow the success of the Salewa Alp Trainer but forgot to include the key component.

For scrambling on really even terrain like granite, or trails these would be really awesome. But they are hamstrung by their wimpy soles. With a stiff insole these could probably be really good, but they need rigidity before I would risk them.

Source: tested at and out of store