The Men's U.L. Thermawrap Jacket has been discontinued. If you're looking for something new, check out the best synthetic insulated jackets for 2020. 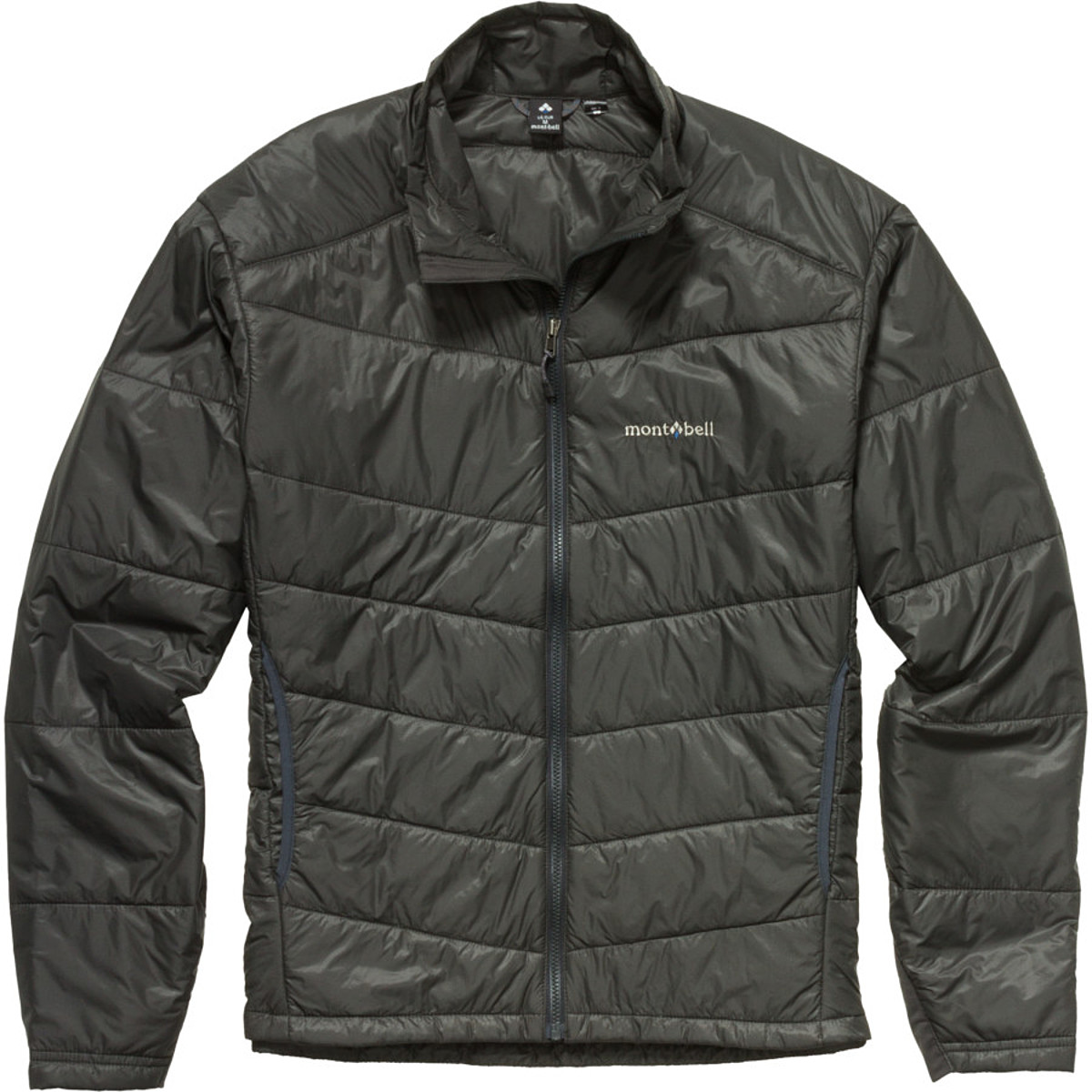 Alien Technology! I've owned this THING for six years. I've bicycle commuted with it and a merino base-layer in the winter while living in Sasebo, Japan, and remained completely comfortable. Also have traveled in and about Seattle and New York State during the colder months.

I remember recently walking around near Times Square in February (after returning on a flight from TX) with others completely bundled and myself being quite comfortable with this, and an OR Peruvian Hat on. I can only wish that they made puffy mitts too!

An improvement that I'd love to see is stowage in a sewn on pocket compartment, instead of a separate stuff sack (that rarely gets used or brought with me).

FAST forward from that review another seven years (in total 13 years of service!)...I wore this jacket and its identical vest over a Patagonia Merino base today here in Boston. It was three (3) degrees when I left the house this morning and six degrees right now and I can say that I'm completely toasty in both.

Looking them over this morning they are still in "very good condition," maybe a star off from not being as crisp, smooth, and shiny; but then a half star added for the comfortable worn in look. Also another half star taken away from light discoloring dirt in the fabric and slight loosening of the cuffs. It's crazy because the loft is not incredible, but they're both still super cozy.

This has been an amazing purchase!

Thanks for the update, Rob! Glad to hear it's still working out well for you.

I got a Thermawrap jacket on sale several years ago as I've been gradually replacing old/worn gear with lighter stuff.  This fit the bill for 3-season (and as winter sweater layer) when moisture was likely in the offing.

The jacket provides insulation, wind protection, and goes into my pillow case when backpacking. Very, very versatile and super light. As reviewers have noted, it's sized a bit small, so I opted to size-up one, so that I can wear with a couple of layers underneath.

They also make a hooded version (parka) that would come in handy in some conditions. There are lots more options available now (with synthetic and increasingly, down insulation) than when I got this.

I also have a First Ascent down sweater (separate review) that I like and use when conditions are drier.   But all in all, it's easy to recommend the versatility of the Thermawrap!

Bought this for a trip to Philmont. Great lightweight jacket.

I definitely don't leave home without this jacket in the winter. No it doesn't get that cold in the Valley of the Sun, but up in the northern part of Arizona it gets wet, windy and snowy too.

This compresses down to almost nothing so I can store it anywhere. I almost wish I lived further North so I could justify buying the UL Down version!

Pros: really warm for its weight, pretty waterproof in a light rain, slender fit to allow for layering

Cons: none that I have found thus far.

I bought the jacket to replace fleece as a top layer in cool weather and a middle layer under a shell for cold/wet weather. The jacket breathes well under a shell and is amazingly warm as a top or mid layer.

Sizing is a pretty slender fit, so you might need to size up.

Great jacket. Very light, super packable and very warm for it’s weight and bulk. Perfect layering piece or just worn on its own. I use this with/under a Patagonia Guide Jacket and with the two it’s the best layering system I’ve ever owned. This is the first MontBell product I have purchased but will definitely not be my last.

I got this jacket to replace a 20 oz down jacket for summer trips. The weight is only 8.2 oz in my size, and I thought the synthetic insulation would be better in damp weather. When it arrived, I almost sent it back. Light, yes, but so thin, I could not believe it could actually provide warmth.

Well, I kept it and it has made a believer of me, it is amazingly windproof and warm. With midweight underwear and a gore-tex shell I am good to near zero F. It stuffs very small, about 4"x 7". All in all, a really excellent product. Even has a small draft flap for the zipper. Pockets might be nice, but at this fabulous light weight, like Montbell says, the weight of a T-shirt, I checked, it's true, I can get along without frills.

In addition to the 7 men's reviews above, there is 1 review for another version of the U.L. Thermawrap Jacket. Read all reviews »