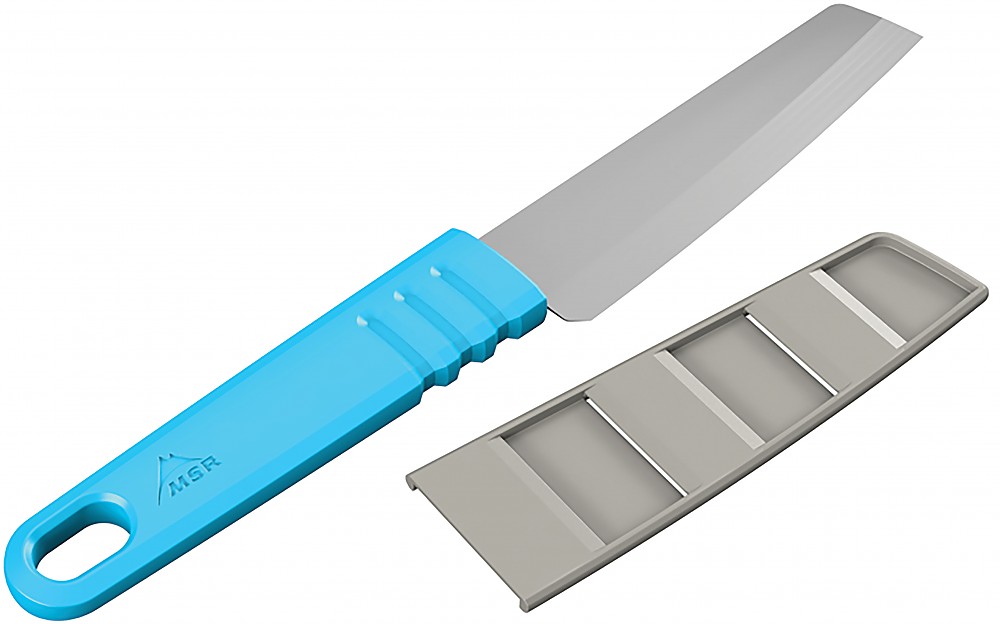 A nicely put together utility knife for the kitchen, whether at home or out in the country.

I've had a couple of these now, over several years. They're a go-to knife in the kitchen at home as well as out in the field. They're more suited to car camping, where you'll be bringing along food that requires some prep work, but they can work well in a backpack kitchen.

It's bloody LIGHT. The official spec listed is 1.7 ounces. Coming with that is a very thin blade with a decent amount of flex and what seems so far to be a decent temper.

The handle is a decently laid-out simple plastic without too much in the way of adornment. As this is primarily intended for kitchen duties it lacks a lot of the fancy checkering/stippling/nonskid surfacing that a lot of working knives have.

Out of the packaging it's quite sharp. one could probably shave with it, with some care.

It's surprisingly small. The blade is, in fact, 4.5" long, though less than 1.5" wide. The handle is full-sized, a little less than five inches long. The thickest part of the handle is still less than a half inch thick. This could easily find space even in packs that don't have much room to spare.

The sharp edge really makes up for the lack of mass. It will take apart a rack of ribs or a whole chicken easily, while handling other varied kitchen duties from cheese to hard veggies like carrots to salami/summer sausage with equal ease. Cheese is probably the most difficult, it likes to stick to the blade.

Low weight and a small blade makes for easy work. It's very nimble and easy to use. it can do much of the work of a paring knife.

The handle is pretty well-designed, just enough bulk to easily hold, but slim enough to be compact. The texturing takes some getting used to but gives a good grip.

The included sheath is nice. Skeletal design, simple and low-weight. My one issue with it is mostly from a safety perspective: there's no catch to keep the sheath in place, and it can slowly become loose over time.

Pretty good knife for ten dollars. If you're going on a trip where you'll be doing more prep-work than boiling, or if that's your trail-cooking style, it's definitely worth looking into having one.

I almost want a second one to keep in the kitchen at home as a utility knife, it's almost perfect for the job. Decent price, pretty nice design, and good performance. 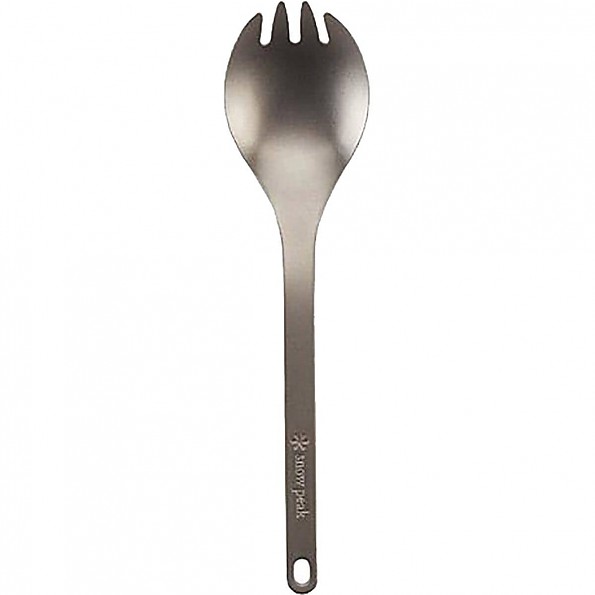