The DuraLite Gourmet Cookset has been discontinued. If you're looking for something new, check out the best pots and pans for 2020. 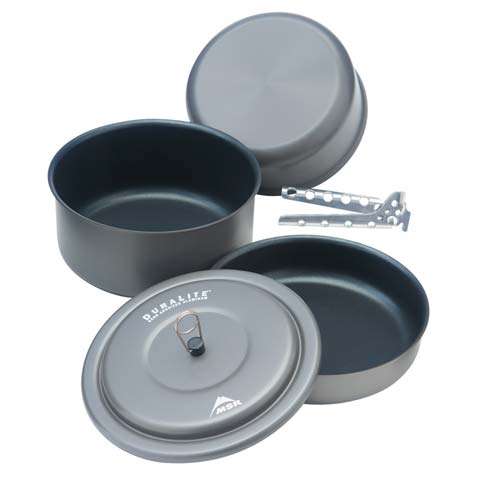 This cookset is nicely made, and seems to be mostly well thought out, with a black coating on the outside of the two pots and frypan (doesn't show soot or dirt, and increases the efficiency of the stove), and a Teflon lining. The kit comes with one pot lid that fits either pot or the frypan, and the frypan can be used as a cover for the other pot if needed. The pots work very well. The frypan is serviceable, but (minor quibble) has vertical sides which aren't quite as convenient as a frypan with rounded sides.

On the first trip with the kit, the pot grabber scratched the Teflon on the inside of the pot I was using for boiling water (must have coffee in the morning).

I used the pots on another two other campouts without the pot grabber; I used a small ViseGrip pliers instead. I plan to file down the sharp corners on the pot grabber before I use it with the pots again, and I would suggest that any other purchaser do the same. 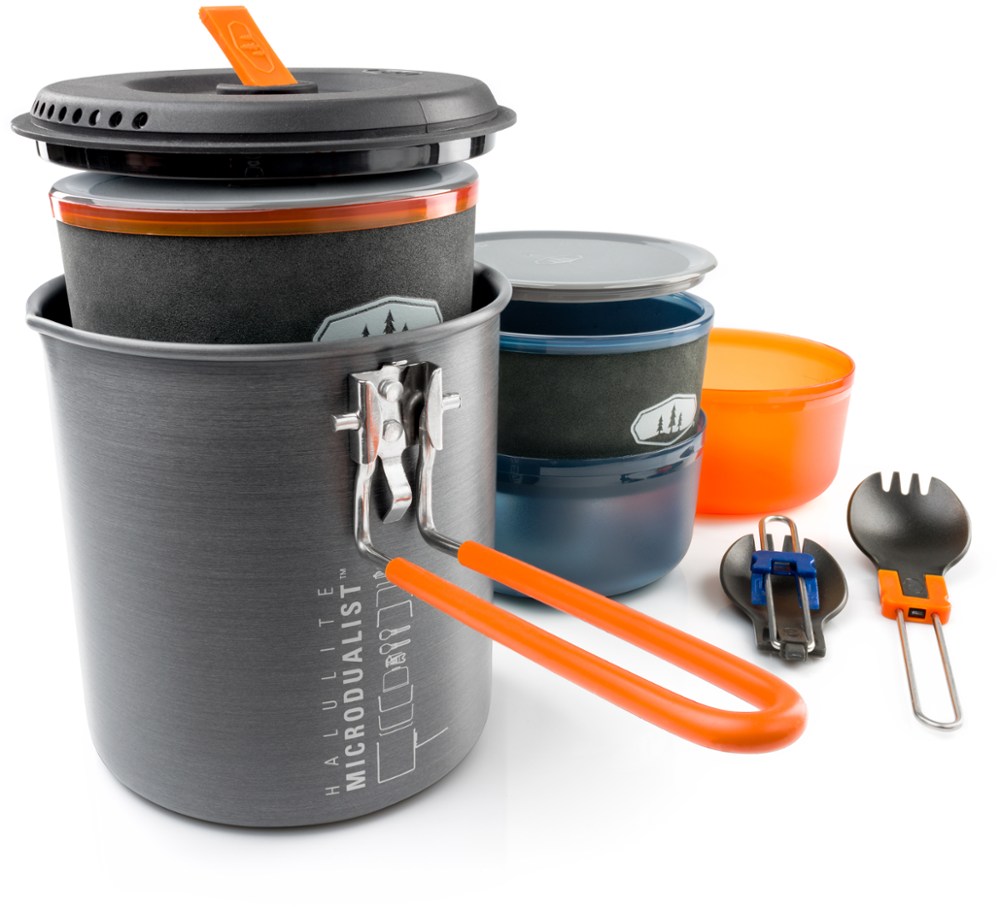