The 32 oz Wide Mouth HDPE has been discontinued. If you're looking for something new, check out the best water bottles for 2022. 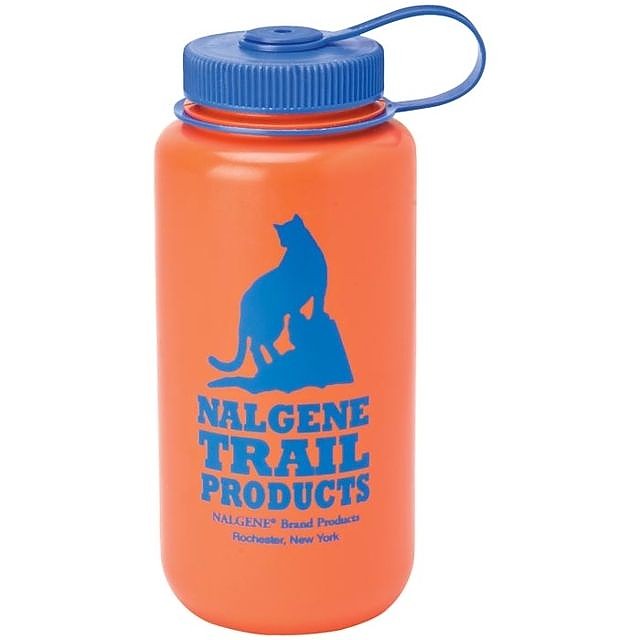 Best Nalgene bang for your buck and it is indestructible! I use this to carry water, make tea, as a counterweight, the list goes on forever. Love the wide because it is easier to make tea or filter water than the narrow mouth.

I switched to using these instead of the Lexan bottles because I decided it's better to be safe than sorry with the whole bisphenol A thing and HDPE has been around quite a while without apparent problems.

Overall I am happy with them even though they admittedly aren't as cool looking as the Lexan version. One advantage they have is that they weigh less than the Lexan. However, water stored in them for too long can start to taste slightly like plastic when the bottles are new; this seems to mostly go away after a few washes.

I am also not sure if it is OK to put boiling water in them like people do with the Lexan bottles (although given the questions about the safety of BPA it probably isn't such a good idea to do that) but for me that isn't a real issue since I have never been one to put hot water in the bottles.