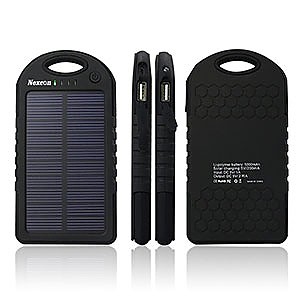 The Nexcon Solar Charger 5000mAh is a good lightweight option for those looking to charge electronics via its two USB ports. It's marketed as an emergency solar charger, but with judicious use of power, airplane mode, and a little sun it's kept an iPhone 6 running for two weeks straight.

Without exposing it to light, it holds about three complete charges for the iPhone 6. By hiking with it on the back of a pack it gets just enough sunlight to maintain at least enough juice for a full phone charge most of the time. I say "most" and "enough" as relative terms. it takes a little experimenting to get the most out of this batteries solar charging and recharging capacity.

I would not recommend letting either the Nexcon charger, or the phone battery ever be totally drained, and I've found the best way to use the charger is to "top off" the phone once or twice a day. While backpacking I typically use my phone to take pictures, pull up aerial maps if I have service, or to send texts at the end of the night.

The unit is fairly light at 5.6 ounces on a scale, and has a grippy rubber backing all the way around it. The rubber has begun to crack and fade, and one of the USB covers has fallen off. The little LED above the USB port is an emergency light, never used it: 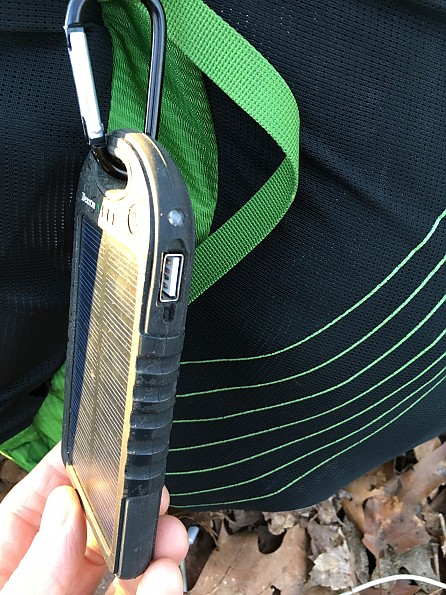 It charges from a wall mounted micro USB charger fairly quickly, about the same as a phone. I've never actually managed to get the Nexcon charged from one bar to four bars via solar, even after left in the sun for 8 hours or so, but three bars is enough for at least two full charges of my phone. 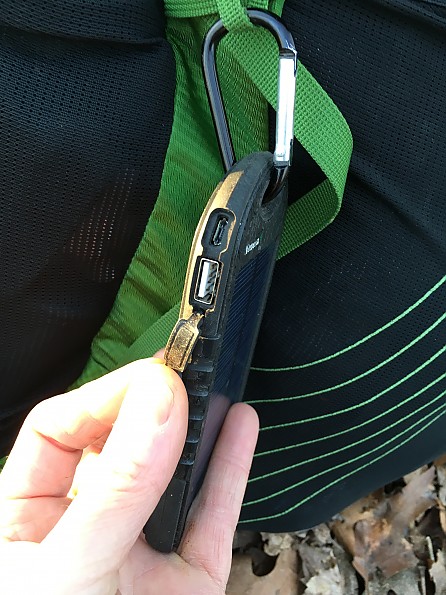 The front has the cycle button for the light and four blue LED bars to determine charge level, it's almost always on the third blue bar: 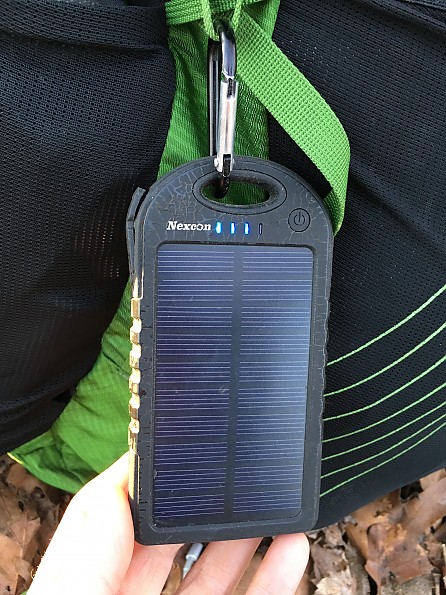 I've been using this charger about two years in all sorts of conditions. It's been very wet and cold and hot, etc. I'm impressed with the fact that a $25 solar battery like this is still working with no loss of performance: 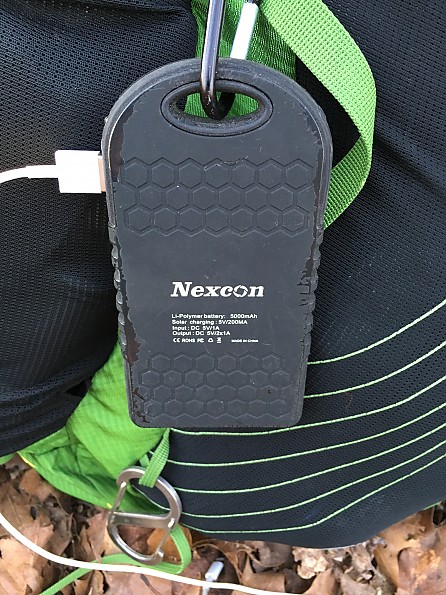 Nice review, Andy! Thanks for sharing this solar charger with us.

Nice review. I have what looks to be the same one but bought in generic form from eBay. About the only difference in appearance is its sky blue. Mine is supposedly 6000mah and I get pretty much the same charges that you do. Have had it for about 6 or 7 years. I clip it to the pack and run the phone cable to use trail apps on my iPhone without depleting the battery.

Trailspace's community of gear reviewers has field-tested and rated the top electronics.