That Wild Country: An Epic Journey through the Past, Present, and Future of America's Public Lands 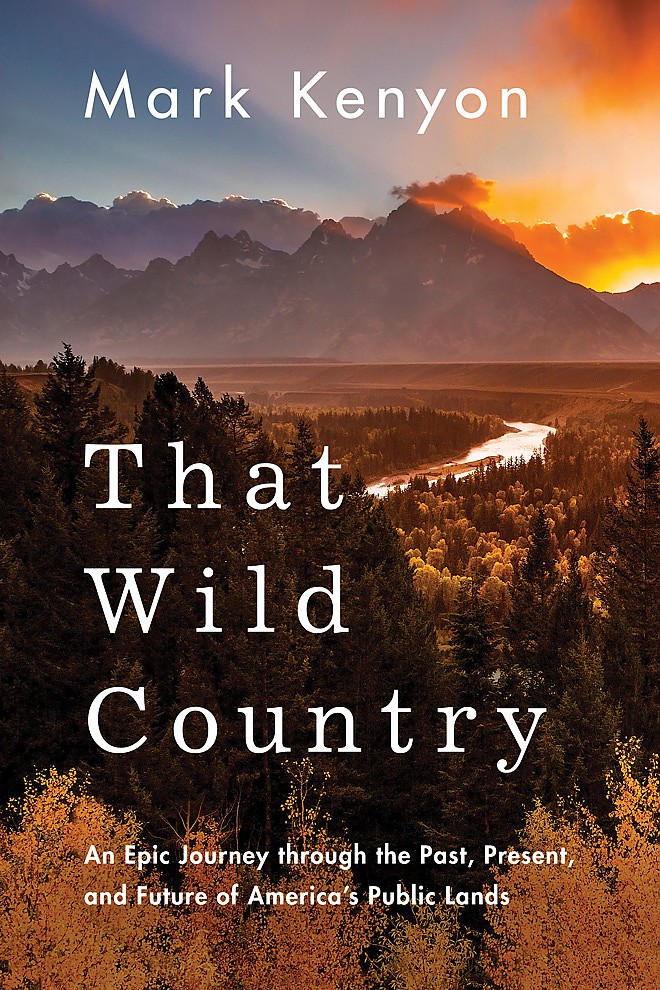 While the author, Mark Kenyon, is most recognized as a prominent voice in the deer hunting culture (founder of Wired to Hunt website and podcast, as well as a prominent contributor to MeatEater), he shouldn’t be pigeonholed as just a hunter. This book clearly illustrates Kenyon’s diverse outdoor interests and describes some of his memorable trips hiking, fly fishing, camping, pack rafting, sightseeing, and RVing, with only two short tales of hunting trips mixed in. Kenyon, although an acclaimed hunter, has not written a hunting book here. Instead, That Wild Country is a book that almost anyone who enjoys an outdoor adventure could find as a worthy read.

However, Kenyon does utilize some of his hunting tactics, such as paying close attention to small details in an environment like a change in wind direction or a fresh sign of animal scat, and translates these observational skills into words that capture the reader’s imagination. In his recollection of past hiking and camping trips on public land, Kenyon describes scenes with vivid but not overworked detail. Just like the rest of us, Kenyon’s trips into the backcountry don’t always go as planned, and he happily shares the mishaps along the way, including my personal favorite—a new tent soaked with fresh-squeezed orange juice.

Each chapter—highlighting a different area of public lands the author visited—begins with a photo from that area. The photos are drab and lose much of their potential impact by being printed on a washed-out grayscale and shrunk down to less than half a page in size. A full-page insert of color photos would better bring these places to life.

Woven throughout his stories of public land adventures, Kenyon writes about the history of public lands in the US. The author has clearly done his homework and documents both the wins and losses of the public lands movement along the way. The book includes the trials and triumphs of early influential conservationists such as Roosevelt, Pinchot, and Muir; along with those who picked up the torch like FDR, Aldo Leopold, and Bob Marshall; and later yet, LBJ, Stewart Udall, and Wallace Stegner.

Near the book’s end, Kenyon introduces the reader to some of today’s most influential public lands advocates, such as Steven Rinella, Yvon Chouinard, and several advocacy groups. Whether it is a sad indictment on our society’s predominantly white-male approach to public land issues, or the author’s oversight on the matter, there is little to no mention of women or BIPOC (Black, Indigenous, and people of color) conservationists in the book.

Besides the historical characters and the role they’ve played in securing and protecting public lands in the US, the author also describes the various types of public land one may find themselves enjoying today, including when, why, and how they came to be. This includes designations such as national parks, national wildlife refuges, national monuments, national forests, wilderness areas, primitive areas, national scenic trails, Bureau of Land Management (BLM) land, national lakeshores, and national seashores, among others. Who knew there were so many different flavors of public land?

Kenyon doesn’t write with rose-colored glasses; he describes the ebbs and flows of the national perception of public lands, from adding land for the public’s use to calls for selling it off to the highest bidder. He includes actors on both sides of the argument, with a particular emphasis in the latter chapters about recent tactics by some to purge public lands and opposing advocacy to save public lands. Kenyon is a steadfast champion for keeping public lands in the public’s hands, but isn’t in your face about it. He writes with conviction, but not condemnation for those who don’t see things his way.

As he writes about his own adventures, Kenyon tells of trips that are, for the most part, relatable and attainable for many of us. Aside from a trip to remote Alaska via a chartered single-propeller aircraft, all the other trips he describes are doable for many, if not most of us common folk, weekend warriors, and vacationers. In his description of those trips, Kenyon often goes from descriptive recollection to emotional response to deeper reflection. Perhaps my favorite reflection of the author’s is after his planned hiking/camping trip to Utah is loudly interrupted by a popular Jeep and ATV festival in the area. Personally annoyed at the loud interruption, his reflection reads:

"But the more I stewed on it, the more narrow minded my view seemed. It was antithetical to the very multiuse, for-the-people nature of the public lands I was so passionate about. The very fact that I could hike through some of these lands and they could off-road on others was what made these places so special. Here again was the inherent, ever-present challenge that haunts our public lands: these lands are for all of us, but we want to use them in different ways. Are any of us more entitled to the land than the others?”

It’s hard to believe this is just the first book from Mark Kenyon. He writes with vivid description, yet in a succinct manner. Kenyon doesn’t belabor points or get caught in the weeds of his own writing, which allows the reader to easily follow along with the book’s many adventures, historical characters, and battles for public lands.

To sum things up, here are my two favorite quotes from That Wild Country:

“Wild places have a funny way of making the young feel old and the old feel young.”

“Experiences in these places (public lands) affect us deeply because out there, pain is part of the bargain, grit and grime are a given, fatigue is to be expected, and danger should be anticipated; and we’re better for it.”

I picked up the book in December 2020 and read it rather quickly. The stories scattered throughout the book were hard to put down and the history lessons woven throughout often led me to Google-search more about the topics Kenyon covers in the book. 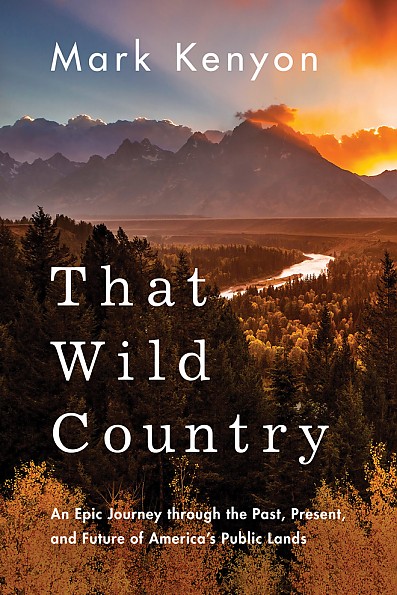 Trailspace's community of gear reviewers has field-tested and rated the top guidebooks.