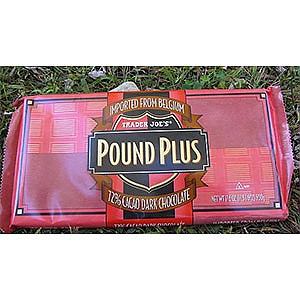 Mountaineers, hikers, and other adventurers have long known the magical properties of good dark chocolate. Rejuvenating to both body and spirit this Trader Joe's Dark Chocolate is great for a mid-day snack or campsite treat. It travels well even on long hot days. 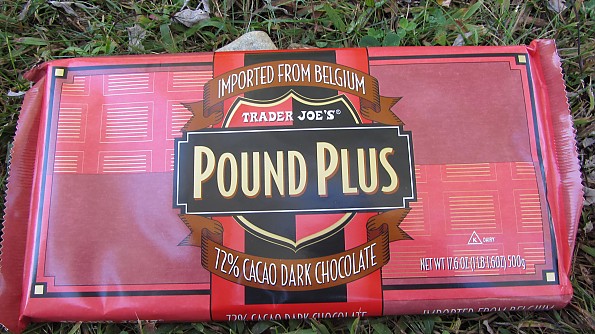 The Trader Joe's Pound Plus 72% Cacao Dark Chocolate is a very usable, no frills, imported chunk of chocolate. As the name implies it weighs in at 17.6oz or a nice round 500g, though maybe I should say square since it is easily divided into smaller squares. 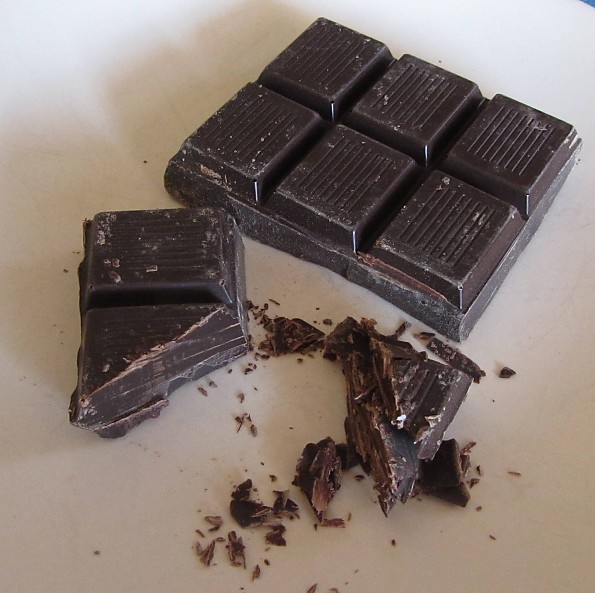 I've cut into a square in this picture to give you an idea of the type of chocolate in terms of texture. At 72% it finds a nice balance between bitter and sweet with little of the creaminess one finds in a milk chocolate. You can see the pressure of the knife shattered rather than melted. The chocolate does begin to melt in my mouth as I eat it without any sense of being waxy.

The package lists a 3 square portion which is more than I usually eat at once. At that size you are talking a hefty 230 calories with 130 coming from fat. Weighing 1.3oz/38g by their numbers you have a nicely condensed bit of fuel that makes for a tasty treat as well.

A major plus I've found with this chocolate is it has a very high melting point. I had the unfortunate joy of taking it along on a very hot trip this summer and was amazed to find that it was still a brittle solid long after I had melted. I don't have a scientific measure of how hot it was in my pack but I know the air temp was around 90°f and not only didn't it melt in my pack or in my hand but it still snapped when I bit into it.

Coming in such a large package I break the bars up into smaller chunks and store in zip bags. I have some that have been stored at room temperature for months without any loss of texture or flavor.  This stuff is full of good calories plus travels well so I recommend it especially for those on the long haul. Being such a treat for those who like pretty good Belgian chocolate at a low budget price I can recommend it to everyone else too. I take it on both my solo death marches as survival chow and family trips where my wife and I share it with some wine after dinner. 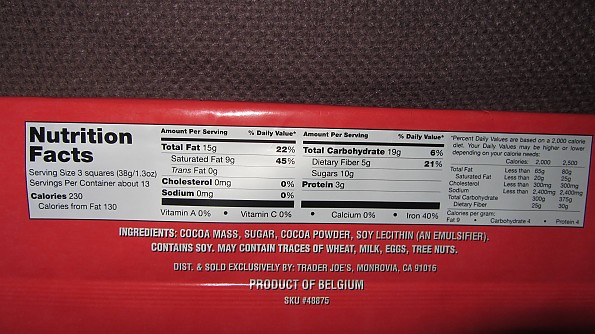 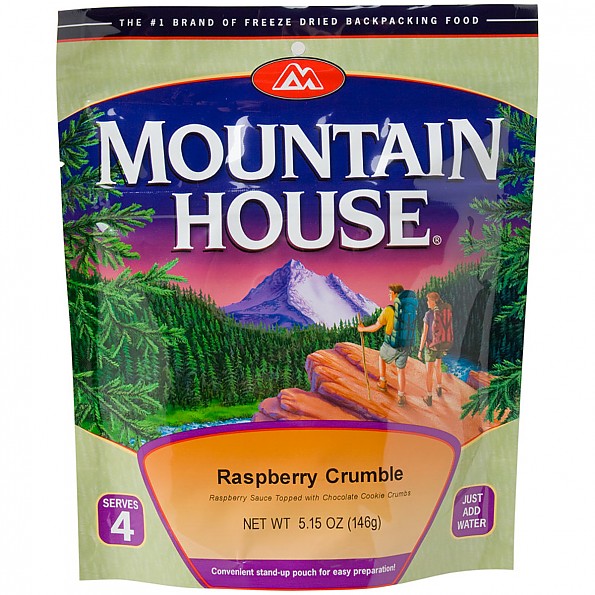 Trailspace's community of gear reviewers has field-tested and rated the top desserts.