The Peyton WW grey has been discontinued. If you're looking for something new, check out the best hiking boots for 2020.

My 16-year-old had owned a pair of these boots for about 4 months now and loves them. They are very comfortable and warm. So far they're holding up well considering the wear and tear he puts his shoes through.

The value for the price Wal-Mart charged is excellent!

In all our family owns 6 pair of the Peyton Hiking boots. Five pair are for teenagers. We've had them for just over 6 months now and they are GREAT!

The kids are really hard on their shoes, but they are holding up extremely well and even though they get worn almost daily they still look almost new! They're very comfortable, keep your feet completely dry even in the 12'' of snow we have right now and the kids can go out and sled or shovel snow for HOURS and still come in with warm feet.

We'd buy more...but our stores are discontinuing them. :(

my ozark trail boots suck!!!!!! they lasted two weeks at work and walmart won't take them back. ozark, fix your boots.

I had my boots for about three months. Even though they were comfortable they squeaked constantly. Then over the weekend the entire sole came loose from the upper due to improper gluing. It is a shame that they didn't last longer.

They are the worst hikers I've bought! They're very tight and don't want to "break in" even after a few months. Won't buy from Walmart again.

These boots were purchased just over a month ago @ a Wal-Mart in Allentown, PA. The sole @ the balls of the foot are worn thru right to the inside sole already! It's ridiculous that they only lasted just over a month, what a waste of money. I would definitely like a refund! 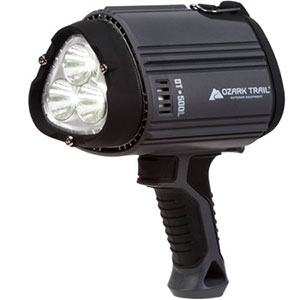