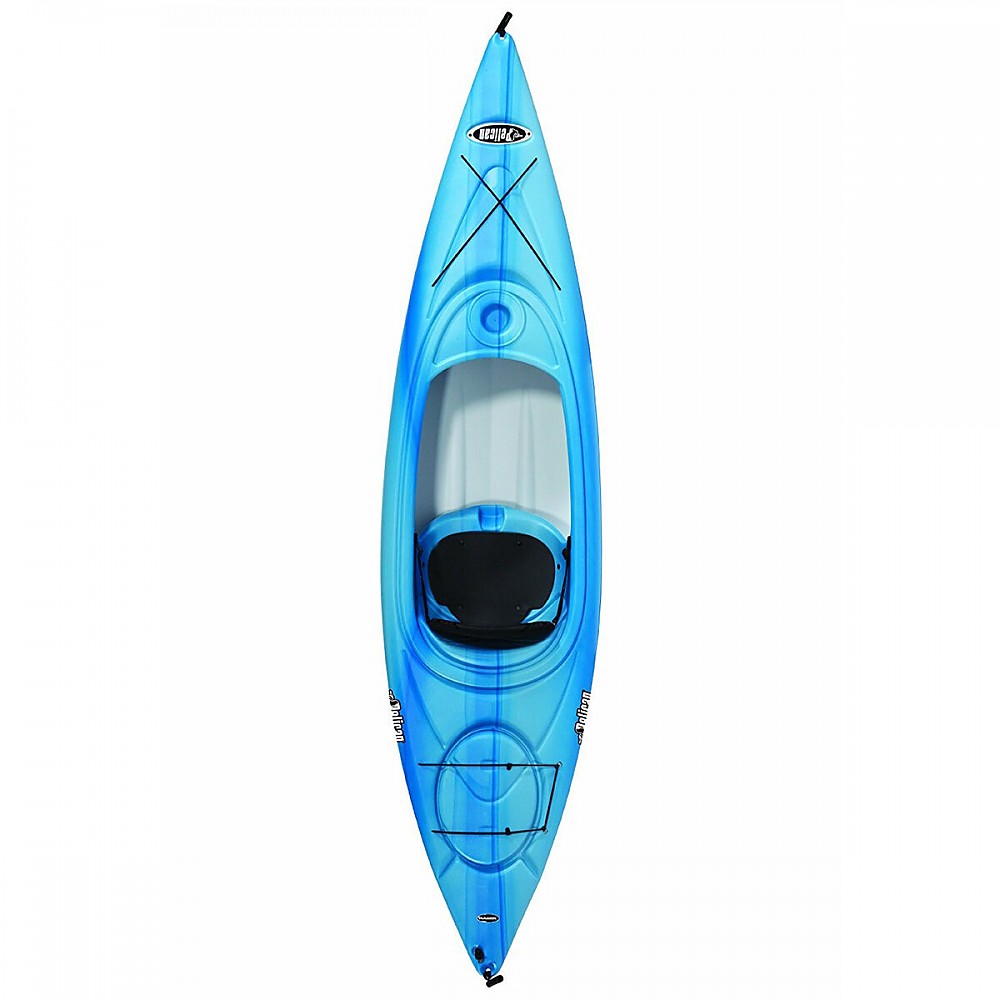 Perfect recreational kayak for those new to kayaking, with a great balance of features for the price point.

I bought the Pelican Summit 100X kayak last summer after having joined a group of friends to go kayaking in a borrowed kayak. I enjoyed it so much I started shopping for one of my own but I was on a limited budget. After research and a pretty thorough search in local stores, balancing price and availability, I settled on the Pelican Summit 10-foot kayak from Academy Sports.

I had narrowed my options down to the Sun Dolphin Aruba 10' (@Walmart), the Lifetime Payette 10' (@Sports Authority, and the Future Beach Fusion 10' (@Dick's Sporting Goods), but chose the Pelican largely due to its price and lighter weight. I had looked at the Pelican Trailblazer 100X at Dick's and was going to buy it but ended up with the Summit 100x from Academy because Dick's was sold out of the Trailblazers.

I have been happy with my purchase. On first sitting in the kayak on water, I thought, "uh oh, it feels tipsy," but that was due to the hull design being different from the broad, rounded hull design of the kayak I had borrowed previously. I soon settled in and found the kayak to be fine, and plenty stable. The hull design actually lets this kayak carve thru the water better than the borrowed kayak.

I also found that the Pelican Summit is fast, and will turn on a dime. The kayak tracks well in steady paddling, but due to its lighter weight and shorter length, it will start turning when you stop paddling if there is any current. I have had this kayak out on a 7-mile river/lake paddle with a large group and I had no problem keeping up with the pack of kayaks of all sizes and shapes.

This is a good recreational or beginner kayak. My newfound enjoyment of paddling has me desiring possibly moving up to a 12' kayak, looking for something that tracks better and will allow my strokes to be more efficient. BUT as a not-fit-or-strong, middle-aged woman, I do not desire a heavy kayak that I won't be able to lift. And that dilemma points out how the Summit 100X strikes a good balance in cost, features, performance, and light weight.

I do have a few complaints. One is the lack of a paddle-keeper—yes, I can add one, but many of the other models I considered already included it. Another beef about the design of the kayak is that for some reason this, of all the Pelican models I've looked at, has a very shallow roll in the lip of the cockpit, making it almost impossible to catch a cord on it. I don't think a skirt or cover will hold and stay on it. I had planned to make my own cover out of a light tarp and bungee cord but I found I could not get the cordage to catch and stay around the lip. Another curiosity about the Pelicans is that anything adhesive will not stick to the RAM X hull material.

But all in all, for the sale price of $199, I ended up with a nice little kayak that I've already put a bunch of lake miles on and will continue to enjoy until I stumble onto some extra cash or a deal I can't refuse to step up to a 12' kayak designed for more experienced paddlers. 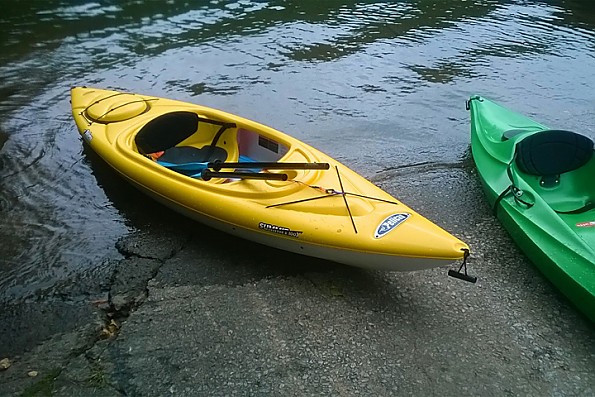 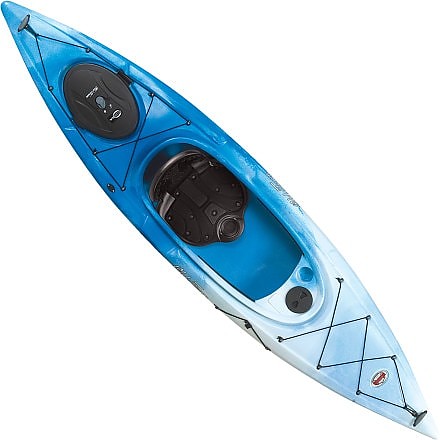