#1 in unisex Top Quilts and Blankets 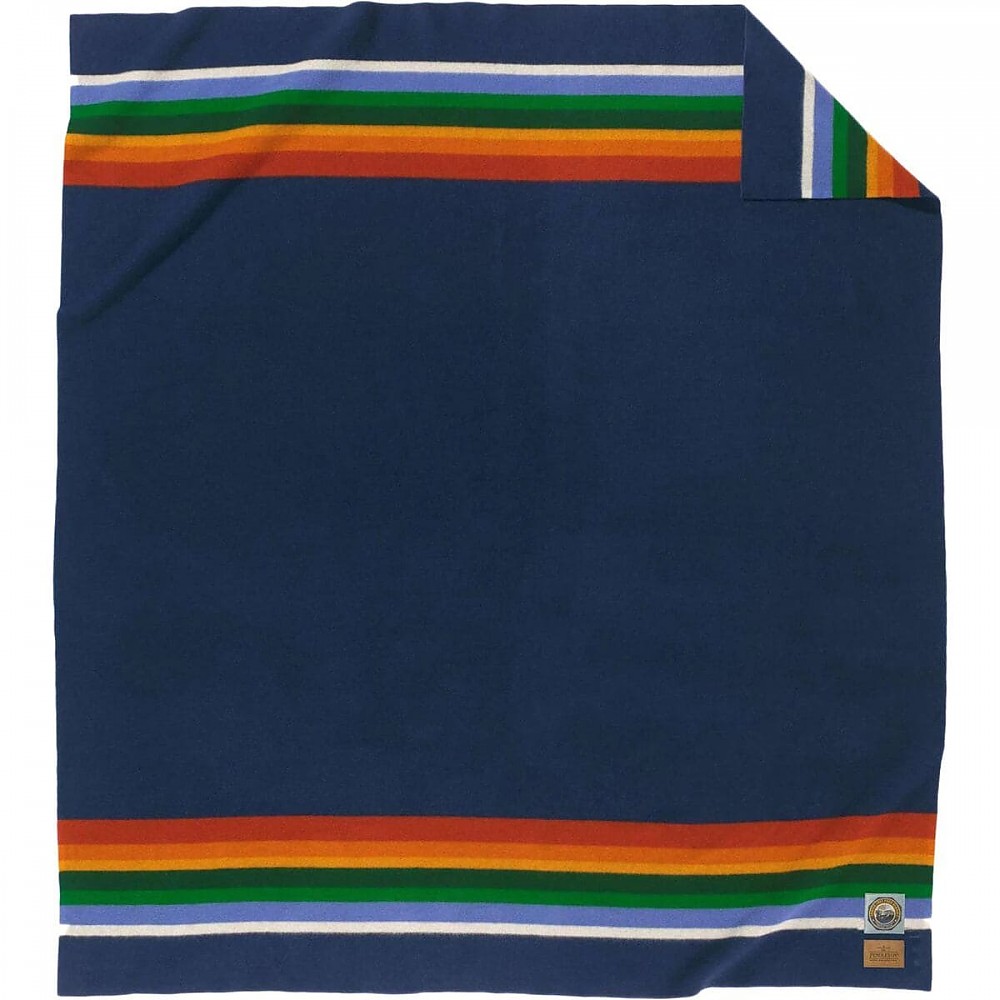 The Pendleton Grand Canyon Throw is a terrific item for extreme outdoor athletes, and for those who love to sleep in style. Not only is it warm, but it's also durable and built to be the perfect survival item.

Most backpackers are known for skimping on luxury items. When you have so little space in your pack, you want to fill it with just the necessities. But Pendleton blends the world of luxury with the world of necessities by providing some of the market's best wool blankets.

The Pendleton Grand Canyon Throw is among the most popular of the brand’s National Park blankets—and with good reason. The navy color with golden highlights make this product extremely eye-catching. But it’s also a versatile item, allowing users to prepare for the worst while in the backcountry.

The Pendleton Grand Canyon Throw measures 54 by 76 inches in size, making it a relatively large blanket for a throw (most throws measure 50 by 60). If desired, it’s available in larger sizes. And some people even use it as a comforter.

Featuring napped fabric, this blanket has a combed texture in order to deliver a soft and thick feel. It’s a great item to use by itself, or you can use it to layer while camping or backpacking. When you're done using it for the night, it's small enough to tuck it into most backpacks.

Wool blankets like the Pendleton Grand Canyon Throw are an ideal survival kit item because they won’t mop up water like some fabrics. And even if wool becomes wet, it can still help you to insulate yourself (while cotton won’t). The heat potential of wool products is also much higher than many competitive fabric options. Wool blankets will keep you warm, but you can also use it for a makeshift shelter, or ground cover in a pinch. They even have fire retardant properties. If needed, you can easily turn a blanket like this one into a pack, too.

I was able to test the Grand Canyon Throw in a variety of different environments throughout 2021. First, I used it in the Utah desert on a backpacking trip as an added layer of warmth when the temperatures dipped low. Not only did this blanket add a substantial amount of warmth to my sleep setup, but it was also quick to dry and great to use as a moisture barrier while cowboy camping. When I awoke to frost on the exterior of this blanket, I was expecting it to take all day to dry. Much to my surprise, it was entirely dry within an hour of the sun coming up.

Next I took the Grand Canyon Throw to North Carolina where I camped in the Appalachian Mountains. I used my standard sleeping bag, and then layered this blanket on top of it. Not only did it keep me toasty even when the temps dipped below freezing, but it also created a layer of protection against the little dog paws that were in my tent. Plus, the Pendleton Grand Canyon Throw showed no signs of wear after the dogs were through.

I’ve been continuously surprised at how warm this blanket proved to be despite its small and compact size. Ordinarily, I wouldn’t jump to a wool blanket while backpacking or camping in the backcountry, but Pendleton has me reconsidering my camping setup. When I’m not in the backcountry, this Pendleton throw fits seamlessly in my normal life, too. It’s comfortable. Unlike some wool blankets, it’s naturally soft and not particularly itchy. When it’s time to head to the backcountry, I know that my Pendleton Grand Canyon Throw will keep me safe and extra toasty outdoors.

Pendleton was established in Portland, Oregon, in 1863. This 6-generation family-owned company has been creating some of the best wool products on the market for over a century. And each Pendleton product is backed by a “Warranted to be a Pendleton” guarantee. Plus, all Pendleton products are made in America.

I’ve been a fan of Pendleton’s for many years. The brand is known for creating durable, high-quality products that outlast nearly every other wool product on the market. And the Pendleton Grand Canyon Throw is no exception to this rule. The wool fibers are thick, resistant to abrasions and tearing, and yet it’s extremely warm and comfortable to use.

Before using the Pendleton Grand Canyon Throw I would’ve been hesitant to buy one. It isn’t a cheap blanket. And I would’ve assumed that having one is a luxury that I can’t afford. But after spending several months testing this blanket in various levels of humidity, I find myself convinced that the Pendleton Grand Canyon Throw is a must-have item for outdoor fanatics.

Whether I’m using it casually on the couch, or I’m heading out for a several week expedition, this blanket is one of the best quality companions. It may be helpful to note that this blanket, like many wool products, must be dry cleaned for best results. It’s also made with natural fibers, which is better for the environment.

I’ve tested a range of different wool products from brands across the nation. Pendleton’s blanket was my first wool blanket, and it managed to impress me during every step along the way.

The author of this review received a sample of the product from the brand or its representative in exchange for a review.
vote up
1
vote down

We use our Pendleton blankets when winter comes and it gets too cold under the covers during the winter months. We're not hikers or campers but really like Pendleton products.

Like I said, when it gets too cold under the sheets we use one of our Pendleton blankets to keep us warm. We bought two of these and I might mention they come in different colors. One is what's in this review (the Grand Canyon), the other is the Badlands version, mostly olive green with other bold earthy colored stripes. Seems like I remember other colors depending what National Park they are named after.

What else can I say? A bit pricey, but will outlast any less expensive blanket. My guess is we've had them for 5 to 6 years and they still look new. But why not? All they really do is lay on top of us while we sleep and we don't have any animals that might sneek a snooze on them while we're out. 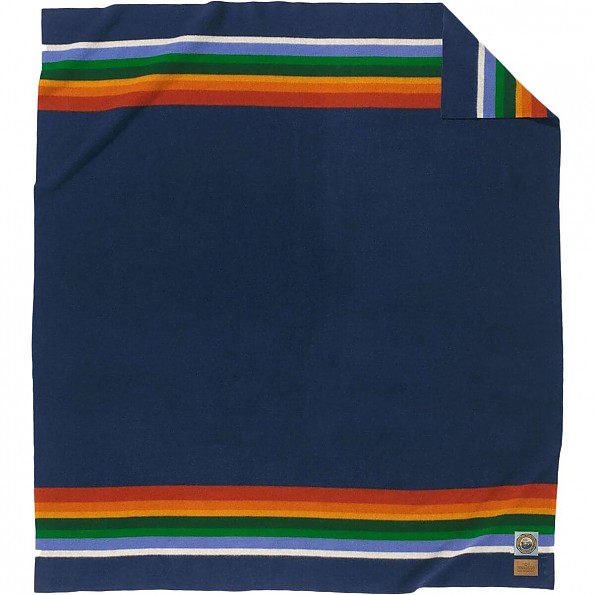 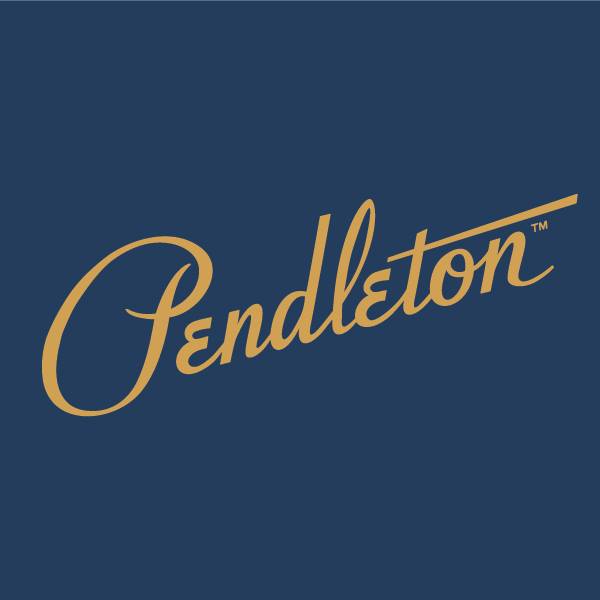